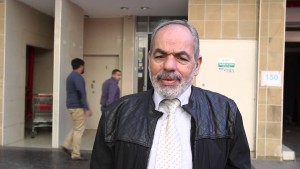 Mr Neil El-Kadomi, the head of the Parramatta Mosque favoured by teenage terrorist Farhad Jabar, has a problem with his Grand Mufti. According to Neil, the Mufti is not living up to his rather grandiose title. Said Neil, reflecting on the aftermath of the Sydney terror attack and the scrutiny rightly placed on his mosque:

“I had the Anglican Church support me, the United Church support me, one of the Jewish Board of Deputies supported me. I asked the Grand Mufti, ‘where were you hiding?’ We need a Mufti who can speak English, who is qualified to be a Mufti.

I must say I’m warming to Neil. He conducts himself well, speaks good English, and clearly has no time for the radicals in his own community – last week he called them “scumbags” and suggested any of the worshippers at his own establishment who were not partial to Australian values ought to leave the country. Hear hear!

We at XYZ have often been very critical of Muslim leaders in the past. For not saying anything, or for saying it in Arabic when they do speak. The current Grand Mufti proved himself something of a numpty, to use Australian parlance, when he took a whole week to say not much at all, in Arabic, when asked the perfectly good question as to why one of his flock would want to shoot innocent strangers in the back of the head whilst shouting ‘Allah Akbar’ – a phrase we know the Mufti is familiar with since it is in a language he does actually speak.

For his part, Neil said after the meeting with New South Wales Premier Mike Baird where he confronted (shirt-fronted?) his Mufti, that, so far as he was concerned, “the Muslim community was happy to work with police and the state government as a ‘family’.” In contrast, the Mufti said not much at all, apart from (reportedly) slanging off at our man Neil in Arabic before the dignitaries arrived, whilst Keyser Trad was pleased to be on record as having had his usual whinge about something or other.

We do not profess to know much at all about the correct protocol for electing a Mufti, grand or otherwise. We further note that the support of the Anglicans and Jews is probably not going to get Neil across the line. But, for what it’s worth, we at XYZ are more than happy to support the ‘Neil for Grand Mufti’ campaign starting pronto.

To end on a perfectly serious note – Australia, and the Muslim community in Australia, needs straight talking, legible, and loud leaders like Neil El-Kadomi. Neil for Mufti. Now! 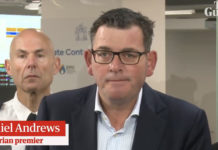 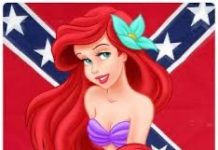 Frozen II – An ugly anti-White narrative in a beautiful wrapping 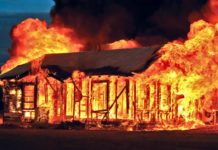 Why house prices are going to fall 75%