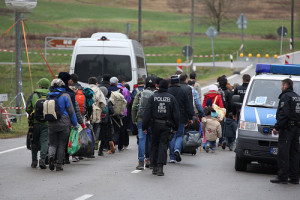 In the light of the Paris attacks, and the series of speeches made by earnest politicians and self righteous media commentators about the need for further programs, and massive new spending on anti-radicalisation programs in western nations, a stunning new suggestion has been made:

Rather than spend billions on programs to convince Muslim immigrants to the West not to shoot innocent bystanders dead at cafes, and then cross our fingers and hope an extra subject in the high school curriculum does the job – how about just ending, at least temporarily, Muslim immigration to western nations?

It would seem both simple to achieve and cost effective.