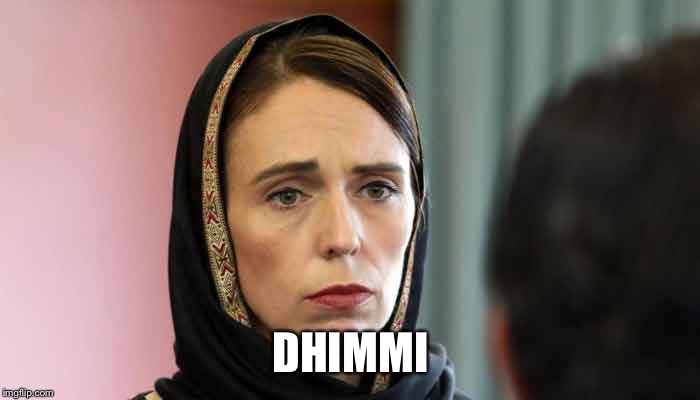 New Zealand is regularly held up on the right as a bastion to which Australians can escape if our own government goes too far down the authoritarian route. I mean, the Kiwis don’t have any laws against hate speech, right? So it must be all good over there in the land of the long white sheep.

Yeah, not so much.

Neo-Nazi sentenced to 21 months in prison for sharing video of mosque massacre and calling it ‘awesome’.

“Philip Arps was sentenced in a New Zealand court today for sharing video of the Christchurch massacre, a terrorist attack on two mosques that killed 51 people on March 15. Arps, who has compared himself favorably to Adolf Hitler’s deputy Rudolf Hess, pleaded guilty to two counts of sharing the video and received a sentence of 21 months in prison for sending it to roughly 30 people.”

The fake news article is resplendent with many varied examples of why Arps is a horrible person, thus apparently justifying his lengthy imprisonment for sharing a video to 30 people. The problem is that none of this is admissible as regards to his supposed guilt of sharing a video. If it were then by the same token a highly religious nun who shared the video would supposedly get off the charge.

Actually, that’s probably a poor example in this day and age. Make it a black lesbian disabled transgender environmentalist instead. She, (Xie?), would never end up in court in the first place.

The usual tired and unsophisticated arguments are going around that he was right to be jailed because it was hate speech and society must have limits on free speech. This is a conveniently false position for a couple of reasons. Firstly, the prog left were hysterically enthusiastic for free speech from the 1960s until a couple of years ago, roughly the length of time that it took them to use unfettered free speech to subvert and undermine all of our core institutions. Once they had that in place suddenly they came up with the term hate speech, which is anything that someone else says that they hate. They of course are the arbitrators of what is hateful and what is not.

The other aspect is in what context real freedom of speech was actually developed. Freedom of speech is an historical division between the Church and state that only exists in Western civilization. It ensured that the state could not subvert the Church and the teachings of Jesus Christ at their convenience. Furthermore it allowed the Church the possibility to freely criticize the ruling power of the day if it acted against fundamental Church teachings. Freedom of speech was never about individuals being able to say whatever they wanted. This was a falsity propagated by the left in order to freely subvert those same institutions.

Thus we arrive at the present situation where the brief ahistorical version of freedom of speech has reverted back towards its former meaning but without the balancing aspect of the Church. Now the state is all powerful and has no intrinsic limits on how it wields power against its subjects. Whatever is classified as hate speech by an ever hysterical and tyrannical left is now the ruling order and you as an individual stand against it at your own considerable peril. Individual liberty which our ancestors fought for generations to establish has blown away in the wind. For the left it was always only about power and their freedom to wield it against their enemies.

In the imprisonment of Arps we have the situation where a man has been punished by the state for offending followers of Islam, Christianity’s traditional adversary. That this is being carried out under a perverted twisting of freedom of speech is deeply ironic.

“Your offending glorifies and encourages the mass murder carried out under the pretext of religious and racial hatred,” Judge O’Driscoll told Arps during sentencing today, according to RNZ. “It is clear from all the material before me that you have strong and unrepentant views towards the Muslim community.”

Strong and unrepentant views towards a minority religion that is antithetical towards Christianity in one of its own homelands is now a formal crime in New Zealand. Make no mistake about it, Arps is being imprisoned for his views. The imprisonment of Arps is meant as a clear warning to all New Zealand citizens that any criticism of those deemed protected by the state will not be tolerated. The state means to silence all dissent towards the great subversion and replacement of the very people that elected it to power. There is no First Amendment to protect New Zealand citizens from this tyranny and no healthy Christian institution able to stand against it as it once did when true freedom of speech existed.

What the state deems controversial today might be very different to what it deems controversial tomorrow, and those celebrating the imprisonment of this man because his personal views offend them would do well to remember that in the future when the police come knocking on their own door. And keep in mind that in Arps’ case this crime was prosecuted retroactively.

I wouldn’t be moving to New Zealand any time soon.