Most comics get less funny as they age. Not so Kathy Griffin. Her funniest performance, indeed the only one that’s ever been funny from what I can tell, was her hysterical meltdown yesterday about the reaction to the picture of her holding Trump’s decapitated head. You know, this one. The one that sent Trump’s 11-year-old son into a panic when it appeared on TV.

The punchline from Griffin’s presser was a classic: ‘He broke me. He broke me’. Check it out.

I almost feel sorry for Kathy Griffin. Almost. She’s obviously deranged. Sexually molested by her adult brother as a child, Griffin developed bulimia and a morbid hatred for the traditional moralism of her Catholic upbringing. That’s understandable really. When Griffin said, ‘He broke me’, you wonder who she was talking about. Let’s leave that to the very expensive psychiatrists she’d be getting treatment from.

No doubt when young Kathy came across the man-hating philosophy of cultural Marxism its toxic seeds found fertile soil in her damaged mind. She’s been unstable ever since, and like for most of the deranged leftist elite in the West, Trump became a symbol of everything she had been made to hate about her own culture. Hence the decapitation.

What is most saddening is that such a deranged person appeals to such a wide swathe of Western societies today. The tragic truth is that it’s because we’re deranged; her dysfunction, vulgarity and inverted moral code reflects large numbers of people in Western countries today. We are ruled, largely, by unstable, narcissistic people who have latched onto a cult of anti-Western hatred and take their identity from it.

Don’t believe me? Watch Julia Gillard’s ‘misogyny’ speech again. You don’t see the crazy in her eyes? Maybe you should look in your own. Gillard’s hysterical tantrum, alongside Rudd’s self-absorbed apology to the natives for bringing them civilisation, are now part of school curricula across the country.

How many more little Kathy Griffins are being incubated by mentally unstable teachers across the country right now? How crazy can Western societies get before the whole edifice of our civilisation burns down around our ears?

The left would be murderers if they weren’t cowards. They feed off hatred, and now that the sane majority have started to push back against their ideological agenda they are going berserk. Anyone who questions their victim narratives is fair game as far as they are concerned.

Across the board we are seeing censorship, legal threats, physical violence and incitement to violence. In every Western country the creeping totalitarianism of albophobia and misandry is growing. The left know that the silent majority of people want nothing to do with their bullshit cult, but instead of backing off it’s making them more vicious.

Richard Spencer recently had his podcast banned from SoundCloud, despite his views not calling for political violence or extermination of anyone. He’s an identitarian, and believes that whites should live separately from other races to prevent the inevitable ethnic tension and interracial violence. Identitarians have a lot of evidence for their views, and while I don’t share their ideology I can understand how someone could reach that conclusion given the ongoing anti-white violence we see across America from blacks, and the capture of Western political processes by hostile foreign minorities. There are also blacks who agree with Spencer on this.

SoundCloud’s guidelines forbid ‘content that promotes or encourages hatred, discrimination or violence against others based on things like race, cultural identity or ethnic background, religious beliefs, disability, gender identity, or sexual orientation.’ Unless, of course, you’re doing a show on the evils of patriarchy, the horrors of European colonialism or the nastiness of Christians. Then you’re fine, because ‘guidelines’ like this are always a one-way street to the destruction of Western civilization.

Noticing that both the journalist who first complained to SoundCloud about Spencer and the one who wrote that piece for the Independent linked above are Jewish is also enough to get you put on some blacklist somewhere. Best not to, then. Stop noticing patterns, you racist.

The deranged left really do believe that we are all LITERALLY HITLERTM because whenever they encounter us they feel overwhelmingly negative feelings. It’s not us nationalists however who are making them feel that way. It’s reality. We’re not hurting their feelings. Facts are. Facts about race, gender, culture, sexual norms and religion. For fifty years at least, the left have been building an entire worldview based on false beliefs about all those things. Now that people like us are presenting facts to the contrary, the left are becoming unhinged. And murderous. 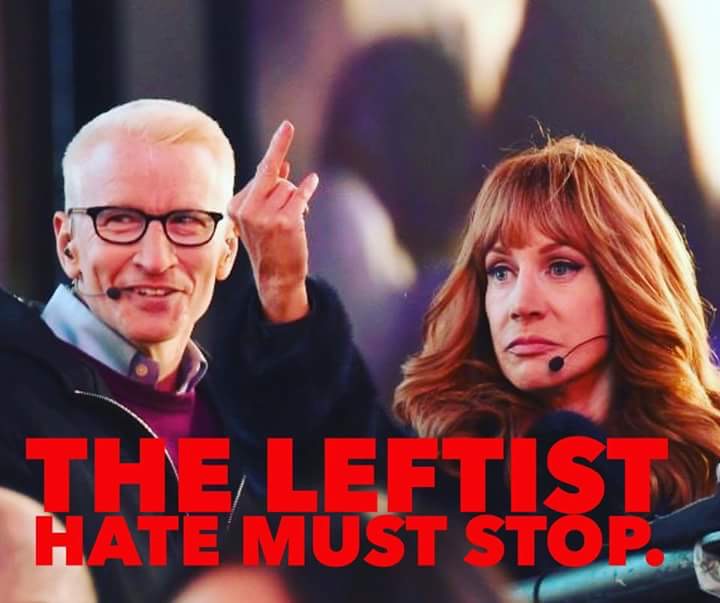 Most of all they’re becoming very, very mean, and they’re projecting that meanness onto us. We’re not mean at all. We’re very, very nice. Of the many nationalists I’ve gotten to know, most of them were overwhelmingly nice guys. We’re family men with honest jobs who take care of our wives and our little master race childlings. We’re nice guy nationalists.

We don’t want to murder anyone. Unlike the left, we’re not into death camps, totalitarian censorship, the police state and using propaganda to destroy our enemies. OK, maybe the last one, but that’s not really very mean at all. We’ve found that weaponised irony is kryptonite to cultural Marxists, and so we’re using it against them. It’s not like we’re throwing them out of helicopters or anything.

Did you see the irony there? Isn’t it fun to stop giving a shit about what hypocritical, baby-killing, ISIS-emulating, child-corrupting, degenerate perverts might think of you for just a second and instead scare the living shit out of them? Remember, they’re cowards. They’re weak and this makes them mean. We’re tough, and this is why we can be nice.

We might have buzzcut sides, lift weights, do boxing and take life very seriously, but there’s nothing to be afraid of unless you’re a degenerate, destroying our beloved civilisation. Or terrifying a little boy by holding up his father’s decapitated head. Then we might not be so nice. We just have standards, that’s all.

The left have no standards. Leftist men do everything they can to look agreeable and non-threatening. They like man-buns, and shoulder satchels, and being so relaxed about their appearance they become slobs. Their bodies are effeminate, and even if they do keep in shape they still have no physical presence. They creep their way into women’s lives and then love it when those women dominate them, holding them in secret contempt. Full of bitterness and self-hatred, they cannot stand to see a man who doesn’t hate himself, his race, his heritage or the faith of his ancestors.

So while the pro-globalist, open borders, pro-faggotry, anti-Christian left is based on hate, nationalism is all about love. We love our families, and so discipline our children to best prepare them for life. We love our culture, so will defend it against those who are always corrupting and destroying it. And we love our nation, because if we don’t have a place for our people on this earth, what do we have?