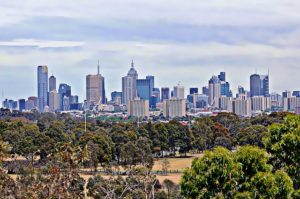 Residents of the hip inner-northern suburbs of Melbourne have expressed concern over the planning of a new major road project for the city’s west. The Victorian Labor government’s plan to build a Western Distributor, (although a second best option to the abandoned East-West Link,) will provide much needed relief for Melbourne’s peak hour gridlock. It will also boost economic development, and provide a much needed extra avenue into the CBD for the western suburbs’ commuters.

However, numerous funky hipsters have said they are ‘disappointed’ that the government has chosen to build an extra road rather than an extra rail track. Or more bike paths. One North Fitzroy local, who this XYZ reporter found poking himself in the eye with a stick, said he just didn’t like ‘the vibe’ of more roads.

Several Brunswegians who fought tooth and nail to stop the East-West Link, scoffed at the suggestion that they would fight just as hard against the Western Distributor. When asked to elaborate, we deciphered three main reasons:

2) It is not in their backyard, and if any houses are lost, they were just for poor people, anyway.

3) Being named the “Western Distributor”, it at least gives the impression that it won’t be beneficial to ‘those Eastern suburbs bogans.’

Asked if they had ever visited the Western suburbs, we were told by many people who own beautiful, refurbished weatherboards that they never go there, because it is ‘full of immigrants.’

A resident of Sydney Road, when quizzed which of the three main options – train, tram or bike path – he prefers when travelling the few kilometres into the city, stated that he still prefers his Land Rover.