It is normally reasonable easy to group Australians into voter blocks. Public service types tend to vote Labor out of fear the conservatives will privatise their jobs. Private sector are attracted to the right because they don’t want their hard earned stolen by taxes. This leaves the unemployed types to vote Green, and in the name of shameless stereotyping, this means the stoners. 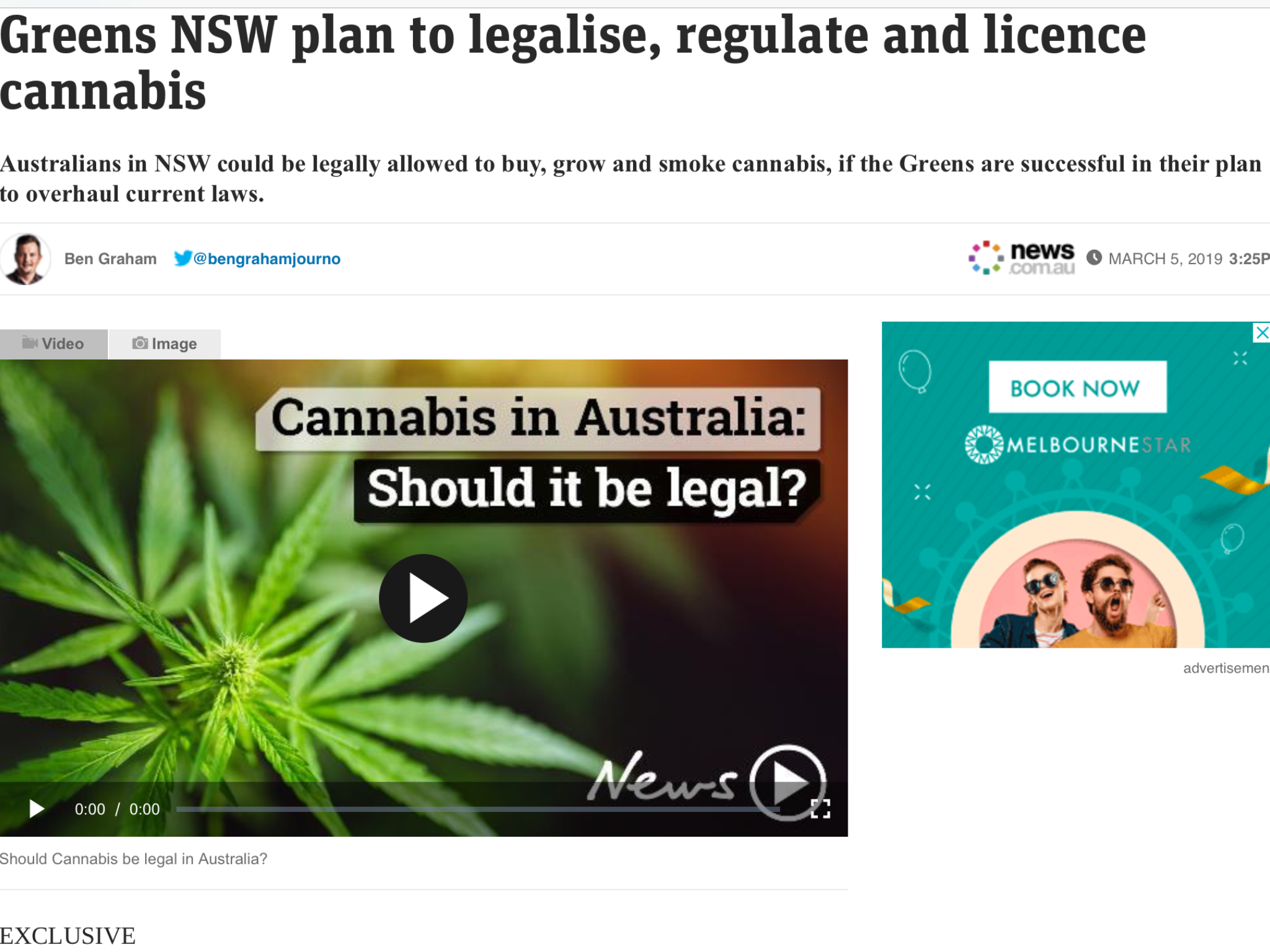 The NSW Greens recognise this demographic is theirs for the taking, which is why they have declared that they will legalise the sale of cannabis within 100 days of winning the election. Anyone the far side of their 18th birthday would be able to purchase over the counter from their local retail outlet, and home growers will be allowed up to six plants each for personal use.

Now at first glance this is the sort of thing to make the average stoner excitedly sit up from their couch and forget what the question was, and for the fuddy duddies to put down their Andrew Bolt dolls and tut tut in outrage. Drugs, as they say, are bad, mmmkay. Still, the Greens already know full well that anyone conservative enough to tut tut casual drug usage also probably isn’t an out and proud Marxist, is never going to vote for them anyway and frankly very low on their list of care factors. To paraphrase Brae Larson, they don’t need a socially respectable conservative telling them what is wrong with their master plan – it’s not for them.

(Also Captain Marvel, cause nothing says strong female character in the MCU like refusing to make a Black Widow movie.)

So clearly, voting Green for the average NSW cannabis user is – pun intended – a no brainer, right?

Ummm… Let’s not be so hasty.

Dig only slightly deeper into the Green’s plans and one will find the casual comments about the estimated $200 million per year of additional revenue. Tax, boys and girls. The government is now controlling sales and the Greens are completely up front about this – they are intending to tax it.

Think that will do much to the average price?

Think that will do huge amounts to the average price?

Cannabis will, like alcohol and tobacco, become the guilt free cash cow of every single budget from now until the collapse of the monetary system as we know it.

Pro-cannabis groups will be forced to support increases in order to justify the argument that it is just another casual recreational product like any other. Anti-cannabis groups will happily raise taxes because higher costs are meant to price use out of existence. The relatively inexpensive – your state may vary and proper research is for losers – drug will soon become a luxury only those with regular incomes will be able to afford, although good luck having a regular income if you are asleep on your couch most of your spare time.

Not only will the direct price go up for users, but the indirect one as well. Let’s be honest here, it is relatively difficult to be caught drug driving on cannabis because most users indulge in the relative safety of their own homes. If you never leave your home you are very unlikely to be discovered breaking the law in public. Legalise use of cannabis and users will enjoy while out in public with probably only the same social stigma that tobacco users currently face. The problem is that tobacco has never been shown to affect the safe operation of motor vehicles and law enforcement will be encouraged by both the need for public road safety and the lure of extra revenue to enforce random drug testing for motorists. Get stoned at your own home and you are unlikely to ever drive. Have a puff while out in public and you could be a license loss waiting to happen.

Still, if you are willing to catch the bus you can still beat the system by growing your own, right? Well… don’t get too excited. Remember that taxes have now pushed the price up. Your plants are now in cash terms worth more so the fact you can now actually report yours lost to the police is still not going to stop your plants from being stolen. Plus, you had better make sure you can’t count to seven. Why? Familiar with the term ‘duty free’? Are you really willing to risk standing between the government and their hard earned tax revenue?

So, let’s pretend for a moment that we are fond of a casual chuff and are considering supporting this policy in the next NSW election. Prices will go up. Secondary risks will go up. You will be still be legally oppressed, only now under different laws. The Greens, in the way only they know how, are going to completely ruin your relaxation, but then again, Greens ruin everything.

So what is a Stoner to do? Paradoxically the best solution would be to vote to the Right. Conservatives are never likely to legalise cannabis use because of their, well, conservative views on social morals, family and health. Sure, you would still be breaking the law, but if you are already a stoner, you were clearly happily doing that anyway.