One of my favourite nights of the year is the night before the AFL Grand Final, when Channel 7 hold the Grand Final Marathon. They play the same classics every year; every year we get to see Mark Yeates break Dermott Brereton’s ribs and every year Dermie gets back up. My favourite Grand Final from recent years was 2008, when Hawthorn again got the better of the Cats. Watching fat old Stewart Dew make pinpoint 70 metre passes into the forward line to turn the game in the Hawks’ favour gets me every time. And I hate Hawthorn. I barrack for Melbourne, and I’m still dirty about 1988.

The other one we get to see, year in, year out, is the 1979 Grand Final between Carlton and Collingwood. It was a spiteful game. I was one when it was played, but when I was old enough to understand what Aussie Rules was all about in, say, 1983-84, people were still talking about it. Collingwood fans had not forgiven the Wayne Harmes tap from the boundary line to Ken Sheldon, who kicked a crucial goal in the last 10 minutes. According to every Pies fan I knew, he was so far out of bounds he had to pay to get back in.

The replay Channel 7 provides always starts at the last quarter, but the commentators always mention that the first 10 minutes were the toughest opening to a Grand Final they have ever seen. Thanks to Youtube, I now understand what they meant.

The following line sums it up well:

(It was more than just two points.)

My suggestion is to watch the first 10 minutes, then take Channel 7’s cue and skip to the last quarter.

I love this replay for multiple reasons. A thrilling, fast-paced match, it is great old fashioned football, before rule changes, bigger interchange benches, and more officious umpiring altered the way the game is played. (If any XYZ readers would like to discuss what exactly these rule changes were, now is your cue).

Players clobber each other in the head but don’t flinch. Rene Kink is reported for back-chatting the umpire, but not for landing a hip-and-shoulder to an opponent’s head, and the commentator makes a point of saying so. Alex Jesaulenko gets carried around the boundary line with a broken ankle, while play continues.

The shots of the crowd and the old stands are magnificent. A man lights up a cigarette. The boys in blue on the boundary line actually wear blue, rather than that hideous, fluorescent, something.

But my favourite moment occurs on this this video very late in the match. If you skip to 1 hour and 57 minutes, within 30 seconds you will hear some commentary by the late Lou Richards. Every year they replay this last quarter, and every year I get to hear this one-liner from Louie the Lip, and it makes me happy.

I hope it makes you happy too. 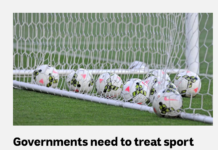 ABC have the cheek to accuse others of politicising sport 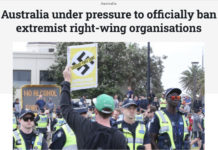