Labor leader “Pie Shop Bill” Shorten stacked on the hyperbole in another psychosis inducing speech at a press conference yesterday. Opined Bill, in mind numbing monotone: “I think we’ve all been appalled and disgusted by the scenes at Subway.”

In all honestly, I’m not often appalled or disgusted when visiting my local Subway. The one 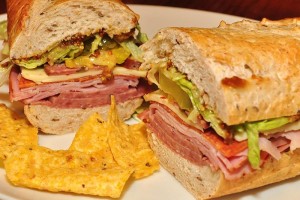 near Bill’s must be a damn sight raunchier. One can only marvel at what scenes earnest Bill has witnessed whilst ordering a twelve foot BMT on multigrain bread. I’d be hesitant to ask for the cucumber there… but we digress.

It never pays to come in too early with the confected outrage, even with the considerable weight of the CFMEU with its metaphorical foot on one’s throat. This is especially so when prone to confuse sandwich joints for fast food convenience stores. But one can cut the people’s man, Bill, a bit of slack here. More a fine dining and linen napkin type, the last time Bill visited his local pie shop it didn’t end so well. Not only were the pies cold, but there was some sort of lurid reference to his former boss to go with it, alongside the tomato sauce. Disgusted and appalled he was then, and disgusted and appalled he remains now.

In any case, it was all a misunderstanding, just as this slip of the tongue, and Bill jovially made up for it all later on Twitter. How lavish of him to take the time.