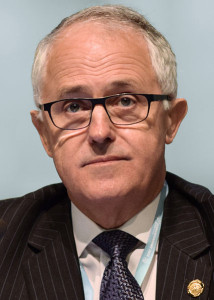 So I wonder then, if we might put the question another way, Prime Minister, with all due respect. I accept your assertion that the vast majority of Muslims will be horrified at this latest outrage, and mortified at it being carried out in the name of their religion. I accept that the vast majority of Muslims in this country, and others like it around the western world, are peaceful, decent people. You have reiterated this over and over again. What you have not wanted to acknowledge is the obvious truth that, clearly, there are some among that same Muslim community who hate our way of life, who despise our traditions, and who hate and despite them enough to want to kill us.

So my question, Prime Minister, is not, are the majority of Muslims in this country peaceful, decent, law abiding citizens… I accept that, as previously stated. My question is, rather, just how many want to kill us? And is that an acceptable risk? How many among this community who want to kill us is too many? Has anyone actually counted the cost of uncontrolled, and increased, Islamic immigration into this country? Has anyone conducted some sort of risk analysis, based on historical evidence?

So please Prime Minster, can you put a percentile figure on the following – what are my chances of leaving my place of employment each day without being executed by a teenage fanatic shouting “Allah,” or of walking to my train stop without being dragged aside and publicly beheaded by one blade wielding zealot while another films it? Will they increase in the future as the rate of immigration from Islamic countries increases?

I appreciate that the majority of the Muslim community do not want to shoot me in the back of the head or publicly behead me. What I’m asking you, Prime Minister, is, how many do? And what are you doing to protect me, and my children, and their children, from this threat?