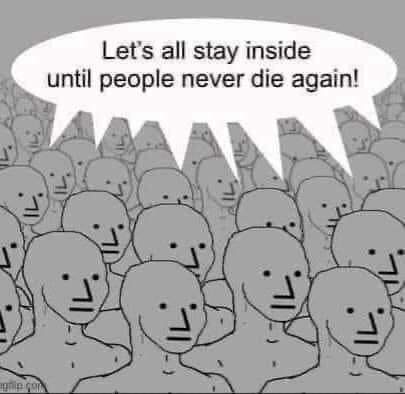 Over the past week I have seen a number of reports and articles which have given me a sense of gratification. I have been bashing away at this blog for over five years, but many of the arguments that I put forth have been part of my quiver of opinions for many more years than that. One of my main positions is in regards to the self destructive policy of elevating women in order to fulfill a quota system based on the ridiculous notion that more women doing stuff inherently results in a positive outcome.

It doesn’t. But worse than that it results in a negative outcome, and there are many forms of these undesirable results. This policy of advocating for women has been going on for more than thirty years. It was dreamed up and pushed by the Baby Boomer cohort and it is the number one reason why I hold that generation in complete disdain. Up until now the negative outcomes have been too dispersed or too difficult to directly identify in such a way that the general population would be able to wake up and see what has been going on.

But the worldwide overreaction to the Chinese sniffles has provided ample opportunities for women to show why they are supremely unqualified for the positions which they hold entirely as a result of their biological sex.

I provided an example of this last week with Australian politician Kristina Keneally.

It was in fact her husband Ben who was more interested in a political career, relying on his friendship with Joe Tripodi. However, the party’s affirmative action rules required a female candidate, so Keneally ran instead.

In other words, Keneally got the job because she has tits. Her subsequent performance is what you would expect. The rush to propel women into roles for which they are unsuited, unskilled, and unwanted has had the effect of demoralising their male counterparts so that they do not even bother applying for senior positions as they know that they will get nowhere. Company and bureaucratic quota systems are based on numbers of women in senior roles, not percentage of women in the workforce. If women make up 20% of a workforce but the quota system states that women must hold half the number of higher level positions, (equality!) then just about every woman will be promoted.

As I noted, the Corona virus created a situation where people in key positions had to actually perform. Here is a short article describing the abject performance of Queensland’s Chief Medical Officer, Dr Janice Young.

… Dr Jeannette Young’s admission that she mum-lied to the Queensland public about the safety of schools. She wanted to teach non-essentials a lesson about the alleged “gravity” of the pandemic.

The ‘mum’ reference is noteworthy. If I were to describe the general political response to the present virus, it would be motherly. Originally the lock downs were imposed because there was a perceived risk of hospitals running out of ICU beds. When that failed to be an issue the lock downs should have immediately been lifted, but they morphed into an entirely separate issue which was the risk that people may die.

If you’re in favor of ending the COVID-19 lockdown mandates, liberals will accuse you of wanting old people to die, because Orange Man Bad!

This is not satire. It is literally the entirety of their argument. Because liberals hate Trump with the heat of ten thousand suns, and because Trump is in favor of ending the lockdowns as soon as possible, liberals now accuse anyone who suggests that small businesses should be allowed to resume operations of being irresponsible.

While the Trump hatred is a factor, it is not the deciding one. With the exception of Sweden, every other Western nation around the world still has lock downs of some sort in effect and Trump is not the president of those nations. No, the reason for the overreaction is because that is what risk averse people do who have no idea what they’re doing. The feminisation of our societies has been laid bare for all to see that have eyes.

Back to Dr Young.

But this isn’t the only propaganda out of Dr Young’s office. She’s also behind the so-called no jab-no play diktat governing the resumption of the NRL season. Players who refuse a flu shot – on personal, religious or any non-medical grounds – are now banned by Dr Young from training or playing in Queensland. It isn’t exactly clear from which legal head of power the state’s Chief Health (and Messaging) Officer decrees that adults accept an unnecessary injection in order to play football. No such law exists. A flu vaccination cannot prevent coronavirus infection but the nominal justification for the policy is that it will prevent a flu-COVID double. The real reason is that she wants the public to believe that a liberty has been granted by her but only under dictatorially solemn conditions. The crisis-giddy Scott Morrison agrees with the bans. He likened the issue to one he dealt earlier in his career: “When I was social services minister, I started the ‘no jab, no play’ rule in the childcare facilities,” he boasted. “And I think the same rule applies [in the NRL] – no jab, no play.”

See, adults are now children. Their livelihoods are play. Scott and Jeanette are their mums and dads.

Not mums and dads; just mums.

Dr Young has her position not because she is the best man for the job, but because she is not a man at all. Her lack of qualifications combined with the fact that she is a woman means that when faced with a genuine need for her to perform her role with competence she instead reverts to a form of schoolyard female warden whose only weapon at her disposal is to place children in the time out naughty corner if she perceives for even a moment that there is any inherent risk in their play.

She is but a single example of hundreds of thousands of these hopeless women, deluded as to their abilities and forthright in their conviction that the general population must be taught a lesson for their own good. Male colleagues and contemporaries go along with the charade because that is what they have done for their entire careers in order to fight and claw for their own positions. With the eyes of the world on them at this moment there is no way on God’s earth that they are going to deviate from the program.

We have lived with this reality for decades. Our societies are smothered in a bewildering array of rules and regulations designed entirely under the constant matriarchal concern that people may die. We are the frog in the pot that has finally woken up to the fact that the water is very warm indeed. The hostility towards Trump is entirely based upon the fact that he is patriarchal. The embittered women and neutered males that have run our nations hate him with a passion because he is the kid in the playground that won’t follow the rules and that matron can’t control.

It’s past time for some of the other kids to not follow the rules either, and to get rid of those little boys who collaborated with teacher.