The bitchy expansion to this wisdom is that those who can’t teach, run for council. 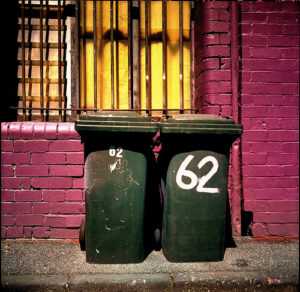 Councils within Australia perform the vital tasks of cleaning the streets, emptying our bins and purifying our socio-political souls from the sins of white cis-gendered neo imperial SafeSpacePhobia. Two out of those three you may actually be happy to pay rates towards, but that sort of consideration never seemed to bother the elected elite. There was a vote. You elected these people. You had your say and you should be happy.

The problem is that councils are effectively a throw back from a time where we actually had communities who knew their neighbours. Back in these long gone semi mythical times one would actually know their local councillors. The motivations and abilities of these people would be known before voting time and with the more intimate social relationships, a councillor could be held responsible for their actions.

With this more hands-on relationship there was a degree of obligation, and serving on council was a way to put something back into the community you were personally a part of.

That was then. As a quick reflection on ‘This is Now’ the reader may wish to reflect on how many of their local council they can actually name, and if they even bothered to vote in their last election.

Voter turn out for most council elections is insanely low. Rate payers true requirements from their council rarely go much further than having the bins emptied, and hence the motivation to keep a weather eye on the entire process is rarely stimulated. With low voter turn out the actual amount of votes required to win a position can be absurdly low, which in turn makes it relatively easy for the great unskilled to get themselves into positions of great power.

Remember, those who can, do.

These positions are predominantly filled with those ‘Of the Left’.

People who would identify as being ‘Of the Right’ are normally the same sort of people who are skilled or motivated enough to make a successful living out in the private sector. Once successfully within the private sector, there is very little motivation to give it all up just to get into low level politics, which means the people who do get into the councils are the sorts whom, deep down, only wanted to get into politics in the first place, or to give them their correct name, career Lefties.

The examples are blatantly there for those willing to scratch around in the muck long enough. Robert Simms was, briefly, a Greens Senator after picking up a casual vacancy. Prior to that he held a position on the Adelaide City Council after previously unsuccessfully running as a Green in the Division of Adelaide during the South Australian elections.

Karen Hockley is a councillor in South Australia’s Mitcham Council, but also dabbled with being part of the Nick Xenophon Team, running for the seat of Boothby in the 2016 Federals.

Two examples, both showing that positions on a local council make a useful base camp before one throws themselves at the more attractive positions further up the political mountain. They camp there, pushing their passionate view on social issues and curry favour within their own political networks, in exactly the same way those ‘Of the Right’ don’t; because those ‘On the Right’ usually have proper day jobs and do not see a point in giving successful careers up for the retrograde step of getting involved in organising the bin rosters.

Readers probably get the point by now so let’s move on to the other thing currently trendy with local councils, namely the total removal of Australia Day and a topic which also brings us back to Karen Hockley.

Hockley, it seems, is set to put forward a motion at the council meeting being held on September 26th – tomorrow at time of writing – that “…seeks simply to open a dialogue with the local Aboriginal community about ways to make our celebrations more inclusive and respectful of them and their culture and to progress any opportunities for reconciliation.”

So basically not just making sure the bins get emptied, but also making sure “…that we look outwardly and periodically review ourselves in light of circumstances and events happening in the broader community and ensure that our services and events are inclusive and respectful of all of our citizens.”

Let us push our way through the Electoral Commission SA 2014 report to see just how much voice Karen actually has. Karen is Craigburn Ward which received 3153 formal votes, of which Karen collected 1196 first preference. Basically about 38% of the primary. Ward elections are similar to the senate, with three vacancies up for grabs and a quota listed of 789. So yes, Karen was fairly elected, all above legal board, but there are a few other things to consider. Turn out for council elections hovers around 32%, which means that out of the 10,000 or so possible voters, only roughly 12% could be bothered asking for her by name.

Ouch. Nice to be popular among your neighbours and peers.

If you add her ward into the greater Mitcham area of about 42000 rate payers, her real world significance drops even further. That she is one of 13 ward councillors, and one that only attracted 12% interest from her immediate neighbours does mildly raise the question as to just how popular her racially dividing motions really are.

Now your author confesses to not actually living within Mitcham, and only stumbled across this low level political move via the wonders of Mr Zuckerberg’s One App, One Like, One Friend social kindness where a public social event has been organised. The purpose here in it’s own words is to fill the gallery to ensure Mitcham Council elected members that Hockley’s motion has community support.

Fair enough in basic principle, but is this community support from within the City of Mitcham boundaries? Don’t bet on it. This public event is being hosted by one Elizabeth Close, who in her own words is “… a Pitjantjatjara and Yankunytjatjara woman from the APY Lands of Central Australia…” and, at an educated guess, probably not on the Mitcham electoral roll.

So there we have it readers, your local council. Filled with career politicals not only not skilled enough to make it in the private sector, but also not even successful enough to manage a more impressive political career, elected by apathy and actively responsive to lobby groups that are in many cases only just located within the same state.

Ask yourselves, dear reader, if you are willing to continue to allow these groups to pass judgement on your cultural well being or if you honestly would prefer if your rates were better spent on keeping the footpaths tidy.

Is the pressing question one of social reform and ensuring ‘services and events are inclusive and respectful’, or one of deep and lasting political reform completely reshaping the structure of local low level governance?

We have been your XYZ and bin night is Wednesday.