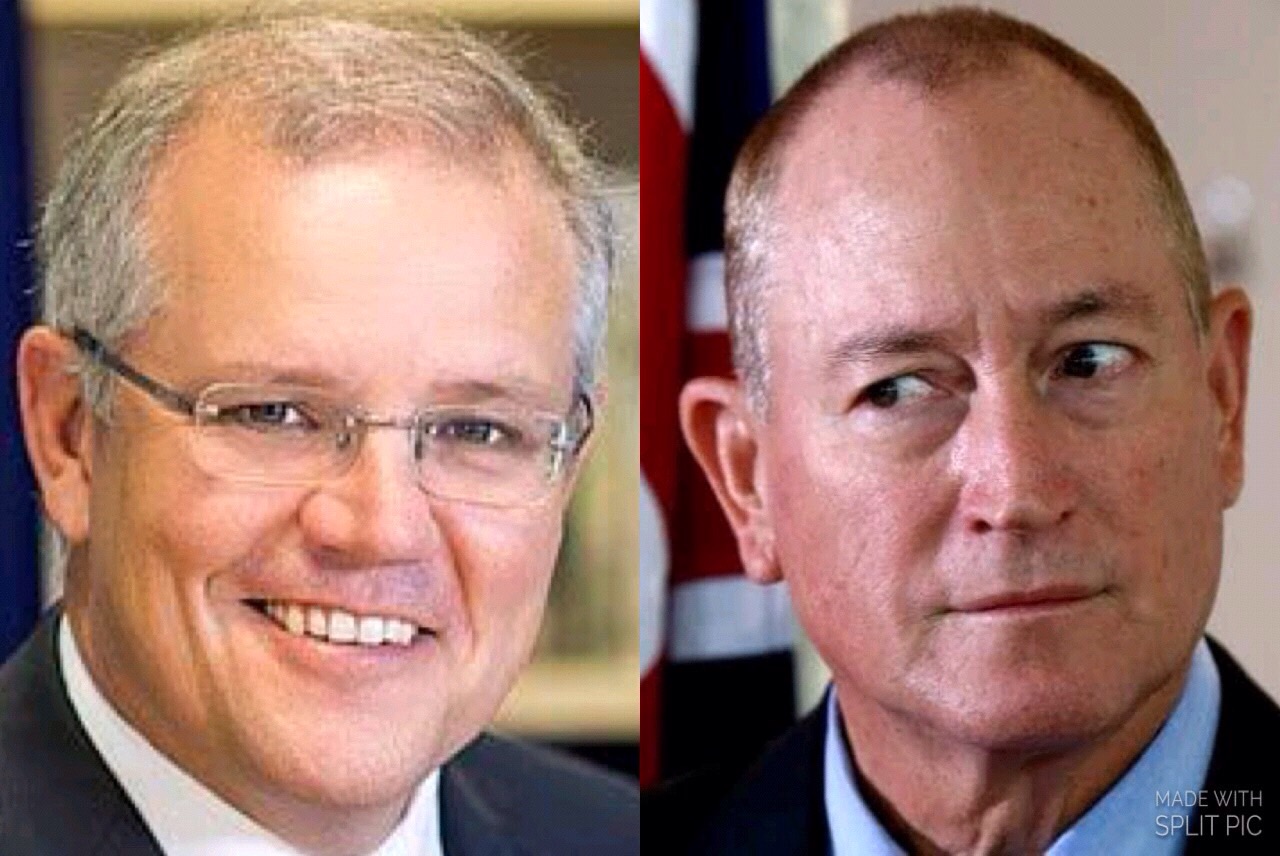 Many people have been asking me why my I am recommending that my supporters give their preferences to the Liberal Party when the Prime Minister, Scott Morrison, has directed the Liberal Party to put my party and I last on its how-to-vote cards.

The short answer is that whatever the Prime Minister and his left-wing Liberal cronies think of me, my first concern is for our country.

As a conservative, I will always recommend my supporters give their preferences to the next most conservative candidate, whether or not that action is reciprocated.

This is why I will always recommend that voters put the Greens dead last and put the Liberals, whatever their failings, ahead of Labor.

Because we, as conservatives, must not be responsible for helping to elect a more left-wing government than would otherwise be the case.

However, the commitment of my party and I to the conservative cause is clearly not shared by a Morrison led Liberal Party. Because in self-righteously directing that my party and I be placed last on Liberal how-to-vote cards, the Prime Minister is actually telling his supporters to put not only Labor, but also the crypto-Marxist Greens, above another conservative.

If you were looking for a single action that summed up the ideological bankruptcy of the Morrison government, then surely this is it.

Instead of trying to fight against the left, exchanging support with every possible conservative ally, the Morrison government have instead opted to virtue-signal to a left-wing constituency that doesn’t vote for it, preferencing their enemies ahead of their friends.

Most absurdly of all, this preferencing by the Liberal government actually assists in their own demise, because it demonstrates to prospective conservative voters a lack of commitment on the part of the government to the broader conservative cause.

Only the acquiescence of the Liberal Party to every radical socialist policy has transformed the prosperous and cohesive nation Menzies once bequeathed us, into the parlous and increasingly repressive socialist state we see today.

Today, under Prime Minister Morrison, like his predecessor, Mr Turnbull, that process continues at full speed.

So while I encourage my supporters not to help a Labor government come to power, I do so in the full knowledge that the difference between Morrison’sLiberals and Shorten’s Labor is not opposing ideological positions but more a difference of degree.

However, to know what a re-elected Morrison government will be doing in five years time, you really only have to look at what Labor plans to do now.

And it has to be said that there is some virtue in the fact that under a Labor government, socialism will be taken pure and not alloyed with the base metal of hypocrisy, as it is under the current government.

The problem is however not so much to do with the Liberal Party as it is to do with Liberal leadership, because that is where the drive to create a Labor-lite government is coming from.

Given that the only alternatives right now are Laboror Liberal government in some form, the best possible outcome for Australia is re-election of the Liberal Party but defeat of the pretend-Liberal Prime Minister Scott Morrison.

If that happens, we can then at least hope that those Liberals who are returned will choose a new leader who more accurately reflects the views of a majority of Liberal supporters and maybe will do some measure of what this country desperately needs.

Whether or not Morrison himself keeps his job however, if the Australian people also see fit to give me and my party the balance of power in the senate, I can at least guarantee that the latter will occur.

Fraser Anning is the head of Fraser Anning’s Conservative National Party and represents Queensland in the Australian federal Senate.