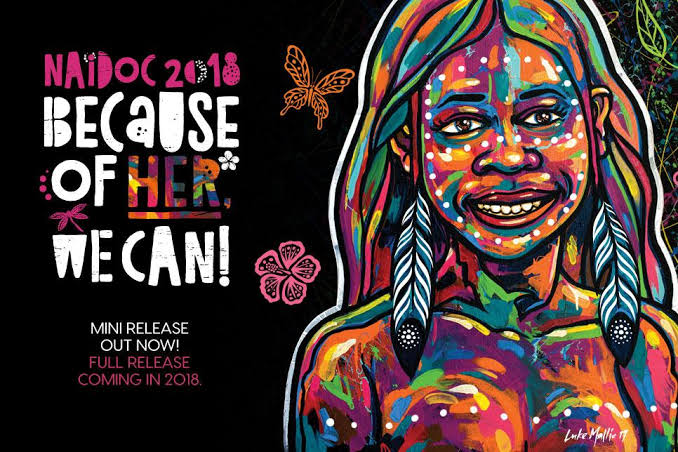 “Yet each man kills the thing he loves,
By each let this be heard,
Some do it with a bitter look,
Some with a flattering word”

Australia is currently in the throes of NAIDOC Week.

This week is different from the recently passed Reconciliation Week in that instead of lowering our white cis heads in shame for the duration, Australians are encouraged to take part in activities celebrating the people and culture of pre-1788 Australia and, on the surface at least, this is actually a pretty good thing.

The problem is however, that in the open desire to be respectful, inclusive and progressive, very little of what is served up to us has anything remotely to do with ‘Aboriginal Culture’, and what’s more no one really cares.

Your Author was recently reminded of this as part of the Day Job within a huge and largely heartless MegaCorporation. With a corporate image to project and a need to create busy work for the HR department, it was decided that an Indigenous Themed menu would be created by the company store’s canteen from which all company employees could spend their hard earned scrip on NAIDOC inspired dishes.

To the menu’s credit there was kangaroo (’What’s that Skip? Sonny’s firing up the BBQ?’) but there was also chicken and lamb, animals which were not in fact girt by sea until after the first fleet arrived. Even the roo was served with a tomato relish, another non native to Terra Australis.

Now the more enthusiastic reader may be making comment about how it is the thought that counts, about how it is raising awareness and how one should be grateful about not being forced to eat well done goanna coating in a light dusting of fresh ash, but the point here is that the entire week’s eating experience has as much to do with ‘Aboriginal Australia’ as one of Ernie Dingo’s Welcome to Country ceremonies.

At this point one might suggest that one stop being so cynical and look at the official NAIDOC promotional material for guidance. Unfortunately this is not completely helpful. The theme is ‘Because of Her We Can’, which comes across as something that work-shopped well as a hashtag rather than a grammatically useful piece of advice and, within the larger context of physical and sexual abuse against women within Aboriginal communities, suggesting how wonderful it is to be indigenous and female in Australia begins to reek of deliberate denial.

The point is that nearly all the activities associated with NAIDOC – or at least the ones without the passive aggressive ‘Whites are Evil’ overtones – come across as being feel-good tokenism organised by committees of self proclaimed activist who rarely even make it out of the inner suburbs. Theme menus, posters by the coffee machine and, if the budget allows, a performance by a digeridoo player, and then the progressive Australian can proudly spend the next 51 weeks wearing a compassionate head tilt.

At this stage some readers may just think that Your Author just hates Aborigines, which is not remotely correct. In many ways the people in pre-European Australia were very successful. This is, after all, Australia, and Australia openly wants to kill you, so the very fact the early European seafarers didn’t come across piles of human corpses covered in kangaroo claw marks shows that the pre-1788 Australians at least had an active sense of survival. Indeed it is often argued that the less advanced the culture the more basic common sense their members have. When you grow up within a Nanny State surrounded by warnings, safety, and people who’s job it is to rescue you from danger then the naturally stupid are allowed to grow to maturity, breed and join the Senate. Grow up in a pre-industrial world living in the jungle, the desert, or even just the bush beside the river, and if you are not smart enough to rapidly learn the threats of your immediate environment then you are probably going to die the first time your Mother turns her back on you.

This is not to say that pre-1788 Australians had a massively developed society. They didn’t. They were tribal hunter gatherers who were usually nomadic in order to follow the seasonal food. They were technologically primitive to the extent that archery, a skill that nearly every other culture in the world either absorbed or independently developed, was nearly unknown except for areas near the Torres Straight. There was no central ‘Nation’. Tribal groups existed next to each in reasonable harmony but were also completely willing to steal from, displace or destroy rival groups should the need, opportunity or greed arise. Their harmony with nature was less a case of maintaining a delicate balance and more one of having worked out from basic necessity every single plant and animal that was edible. These were the people who used fire not because it helped the delicate Australian bushland survive, but because it was by far the easiest way to kill things to eat. These were, after all, the people who killed off the original Megafanua and turned central Australia into a desert.

About now people might be inclined to scream that Your Author has absolutely no proof of this. The argument is that since there has never been a fossil found with hunting marks there is no proof that early humans hunted Megafanua, so therefore they didn’t, and the implication that they even might have is completely disrespectful of their culture.

For this, Your Author says “thank you”, as this is exactly the point that needs to be made. The utter fear of being disrespectful to their culture has led to a state of almost deliberate ignorance. Where one had once attempted to explore the past in order to unlock it, digging through the literal dung heaps of history to better understand how our long departed ancestors from generations past really lived, loved and murdered, there has risen a tendency to return the history of a people back to the ‘original owners’ and destroy all records that may cast a dim light on them, for fear of offence.

From a manufactured sense of guilt and a complete misunderstanding of the original intent of White Man’s Burden(1), the new progressive has stopped trying to understand different cultures, and instead wishes to reinvent them as noble savages who boldly looked out across all whom the sun touches, like the opening scene of the Lion King. This is a part of society that wants to raise awareness through theme menus, perform invented ceremonies that are younger than their children, and occasionally get members of parliament to stand up and beg forgiveness for invented sins on behalf of the nation.

This warm feeling reinvention is destructive. Raising awareness via a manufactured process simply displaces any element of authenticity from the common knowledge, while the politically correct belief that only the indigenous can have ownership of the language, stories and culture only ensures less people are able to study, document and protect it for the future. Awareness and acknowledgement is not understanding. Renaming all the local parks with what may or may not have been the ‘original’ names for the area does nothing without context. It would be like never being allowed to tell people that Batman’s first name was John and having your children growing up thinking Melbourne was founded by the guy who shags Catwoman.

What is worse than the destruction of their history is the destruction of their future by the same well meaning progressives. The political incorrectness associated with questioning anything that happens within Aboriginal communities and the guilt-driven welfare system, has led to Australia having the paradox of Aborigines being simultaneously the most privileged and disadvantaged social group in the country. There is something clearly and tragically wrong with a society that believes the best way to stop pre-teen children from growing up with sexually transmitted diseases is to demand a change to the Constitution.

Aboriginal Australia is slowly being killed. Their history is being denied and their culture mutated, all by the sort of people who will violently fight the rest of Australia for the moral right to do so.

These people enforce their feelings of our guilt onto their perfect image of a harmonious pre-1788 Australia, as they are also conspiring to remove all evidence that dares to suggest anything is wrong with their dreaming, despite the fact much of this evidence is staring them, bloody, abused and broken, right in the face.

These people are the Left, and either through re-writing history or neglect they will destroy the thing they supposedly love.

Footnote: White Man’s Burden is the concept put forward in poem by Kipling that it was the moral responsibility of the more advanced ‘white’ cultures to take over management of the less technologically advanced societies and help them rise to the same level of development. In some ways it is a redistribution of wealth from the wealthy downwards, although one would be hard pressed to find a Marxist who would agree with that theory. For another take on just how politically incorrect White Man’s Burden is we can take another view at Marvel’s Black Panther. Here, white, Western characters are addressed by the clear slur of ‘Colonial’, while Wakanda – the most advanced country on the planet who decided to put up walls and refused to assist their less advanced African neighbours for thousands of years despite wars, famines, slavery and ethic cleansing – are considered the Good Guys.) 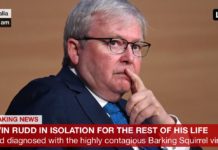