Poor Roz Ward. Not only is zhe ugly as a hatful of arseholes, zhe’s also become the lightning rod for public rage against the corruption of children in our classrooms. That’s not entirely fair. Roz was just the public face of a longstanding academic movement devoted to turning the friggin’ kids gay.

You see, Roz’s mistake was being too honest about the agenda and not being able to control her temper. Once the public got a good look at exactly what ‘Safe Schools’ was all about, someone had to take the fall. That someone has turned out to be Roz.

The neo-Marxists in at Fairfax, the Guardian and the lying ABC then went into smokescreen and damage control mode. Safe Schools was misunderstood they said, and anyone who says there’s a longstanding agenda to push homosexuality in education is just a stark-raving-mad-RWNJ.

The Wikipedia article is surprisingly frank about what queer pedagogy is and what it hopes to achieve. The article is correct that ‘queer teaching’ has its roots in critical pedagogy; that is, in the application of neo-Marxist critical theory to teaching.

And, like the article indicates, that all goes back to the Jewish Frankfurt School and the theories of Jewish psychoanalyst Sigmund Freud. Saying so will make you a Nazi conspiracy theorist anti-Semite white supremacist though; at least according to the Sydney Morning Herald’s hysterical editors.

Noticing such patterns doesn’t have to make you a Nazi unless you let it. There are powerful people who would prefer that it does. They like swastika-waving, tattooed buffoons taking to the streets. Preferably with teeth missing and angry scowls. That makes for good TV.

And if there are no scary Nazis to put on TV, how can speech suppression by the Marxist elite continue to be justified?

It is important that we start to talk openly about suppressed topics such as this, though. It’s the only way we’ll get rid of abominations like queer pedagogy forever.

Queer pedagogy is an academic discipline which follows the usual approach of subject areas based on critical theory. It’s not like a traditional academic discipline which seeks to pursue truth or generate elevating art. The whole purpose of all fields based on critical theory is to demolish the belief systems, cultural practices and social structures which underpin Christian civilisation.

The Marxists believe that, by doing so, a new utopia of harmony and diversity will be born. All of humanity will join hands and sing Kumbaya, with no distinctions of gender, race, culture or faith between any of them. 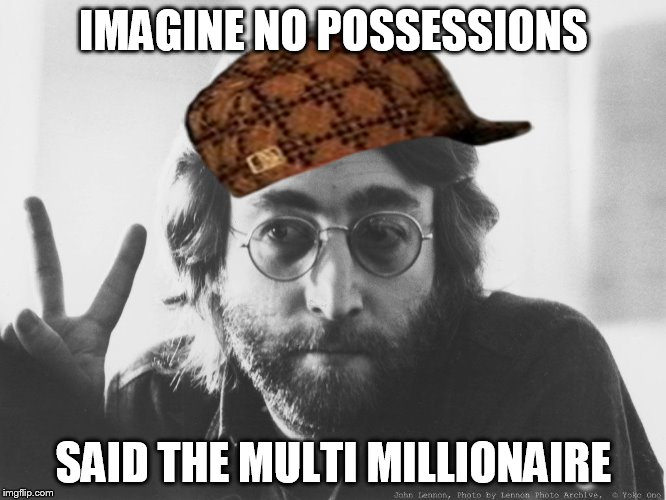 Complete horseshit. What it is leading to is utter social breakdown. But in the meantime, a lot of people are making a lot of money pushing this filth. 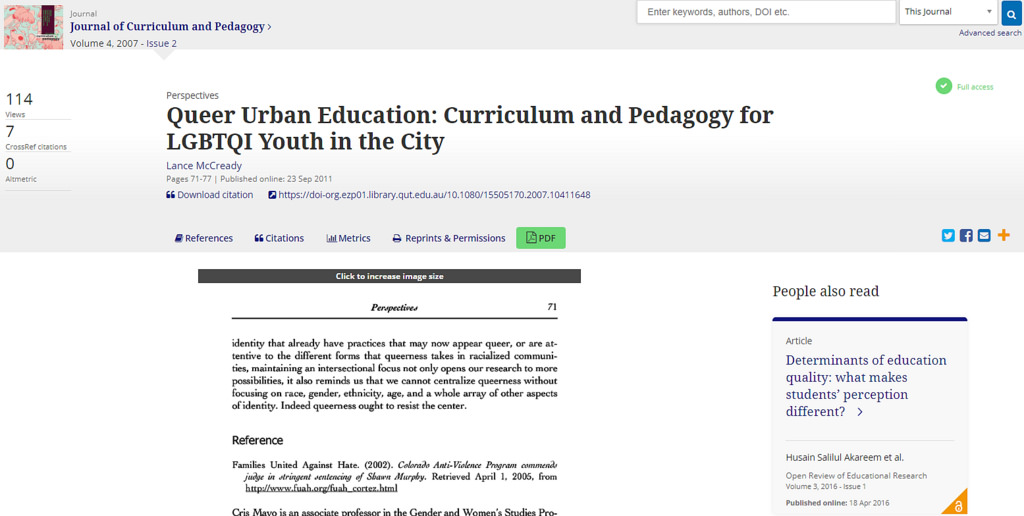 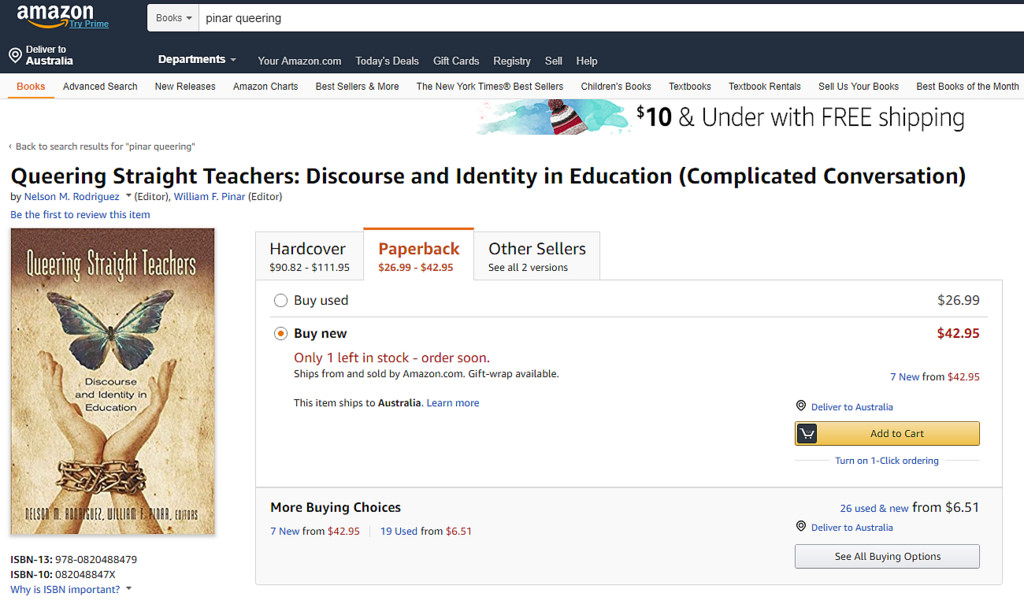 The last book above was co-authored by Professor William Pinar of the University of British Columbia. More than anyone else, he’s been pushing the homo-pedagogy agenda since the publication of his book ‘Understanding Curriculum as Gender Text’ in 1981.

Pinar is one of the leading education academics in the field of curriculum studies. His views are not fringe ideas spouting from the Online University of South-Western Bumcrack. They represent a set of core ideas which have become the canon not only in our faculties of education, but increasingly across university campuses.

La Trobe has an entire major devoted to being a narcissistic queer Marxist.

And if any undergrad, postgrad or academic is bold enough to take these ideas on, there is a faggot phalanx of Antifa thugs on staff to intimidate them back into silent conformity.

In Professor Pinar’s work, he justifies queer pedagogy by asserting that links between homosexuality and pedagogy have existed since ancient Greek and Roman times. This is particularly disturbing. What Pinar is referring to is the ancient practice of pederasty; a universal practice among the ancient Greeks and one which has been associated with classical revival throughout the modern period.

Greek men, particularly high-ranking ones, would take a young boy in late childhood under their wing and teach them about life. Part of this involved raping and molesting them.

The relationship would continue until the boy began to grow a beard. He would then go on to perpetuate the practice on other boys. It was common for noblemen to swap their boys at the bathhouses, and the practice was seen as a far more enjoyable form of sex than the dutiful procreation that was expected with the wife.

Most of the artwork depicting ancient Greek pederasty is now held by the Vatican. Make of that what you will.

It wasn’t just the men, either. The Greek poetess Sappho did the same thing with her female students. She lived on the island of Lesbos, which is why we call dikes lezzos.

In the Christian world such acts, like so many other detestable practices, were eradicated or at least driven underground. In other parts of the world, this has not been the case. Like in Afghanistan, where young boys are taught to dance and provide sex for the enjoyment of the men.

The agenda of the Marxists is to bring these pre-Christian practices back to Western societies. They’ve already largely succeeded. We have brought back infanticide, easy divorce, pagan religious pluralism and sophistry. Pederasty is certainly coming if we don’t stand up against these fanatics and perverts.

Our universities are sick. They have become toxic. Academic tenure has been used as a cover by mentally unstable and degenerate Marxists to enable them to colonise, corrupt and ultimately collapse our culture. The political and social ruptures we are seeing everywhere are the result.

Academics like William Pinar know exactly where this agenda leads.

The ancient Greeks and, to a lesser extent, the Romans, practiced systematic child abuse on a scale even worse than Victorian-era boarding schools. Boy-rape was institutionalised. If the queer pedagogy movement isn’t stopped in time, two thousand years of Christianity will be undone entirely and it won’t be long before pederasty will again be seen as normal.

Which some of our recent multicultural arrivals will be just fine with. 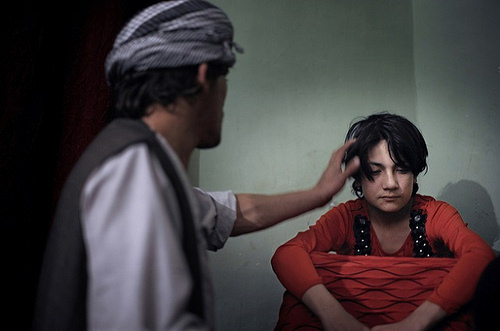 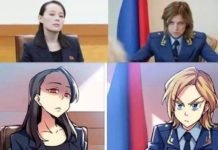 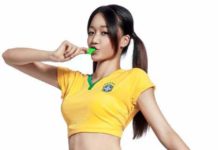 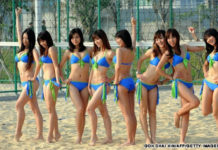