One of the things about posting outrageous satire from time to time is that you get to see what the left really thinks. Turns out, judging by a handful of comments, the left still hate the Don. 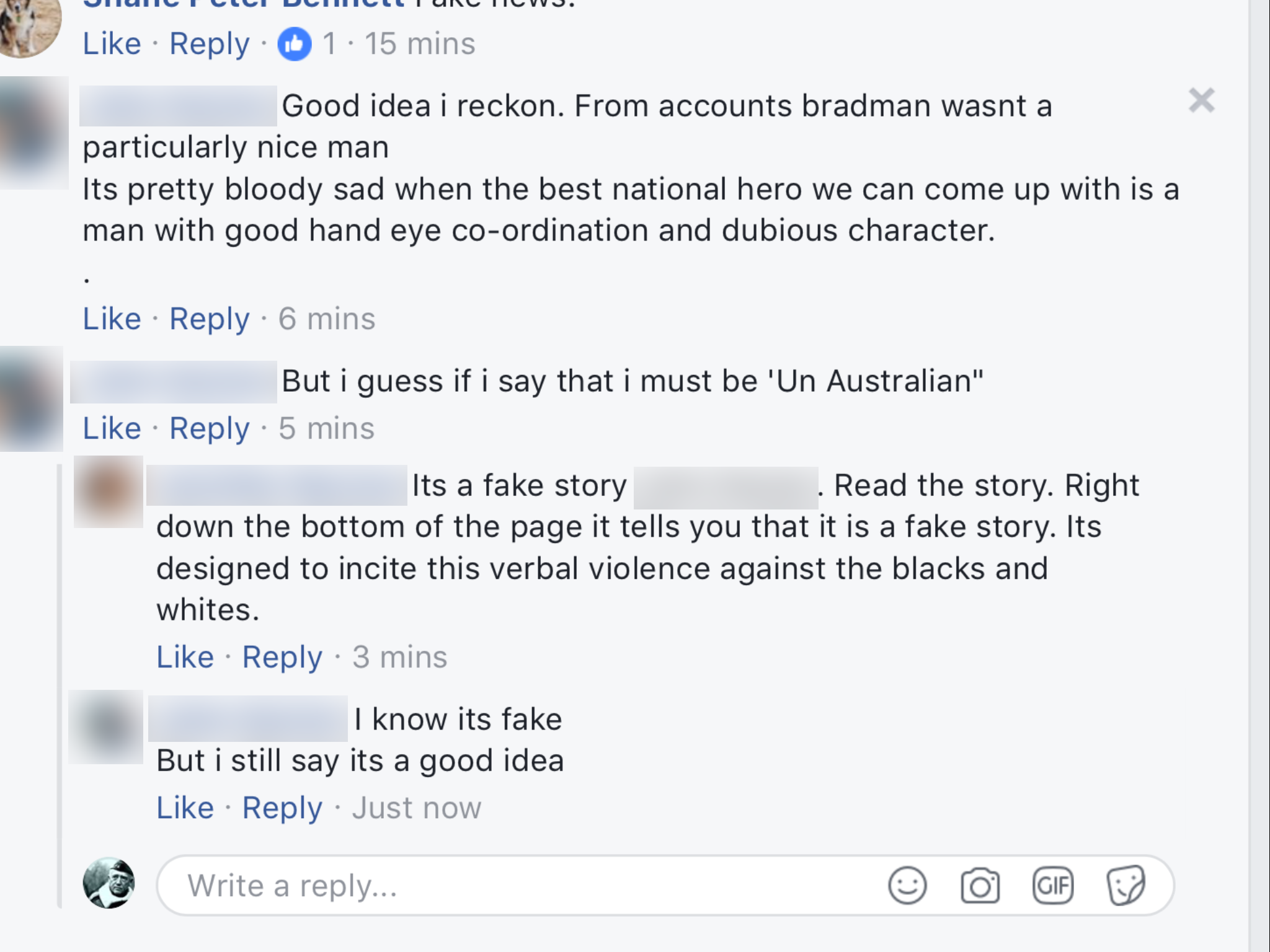 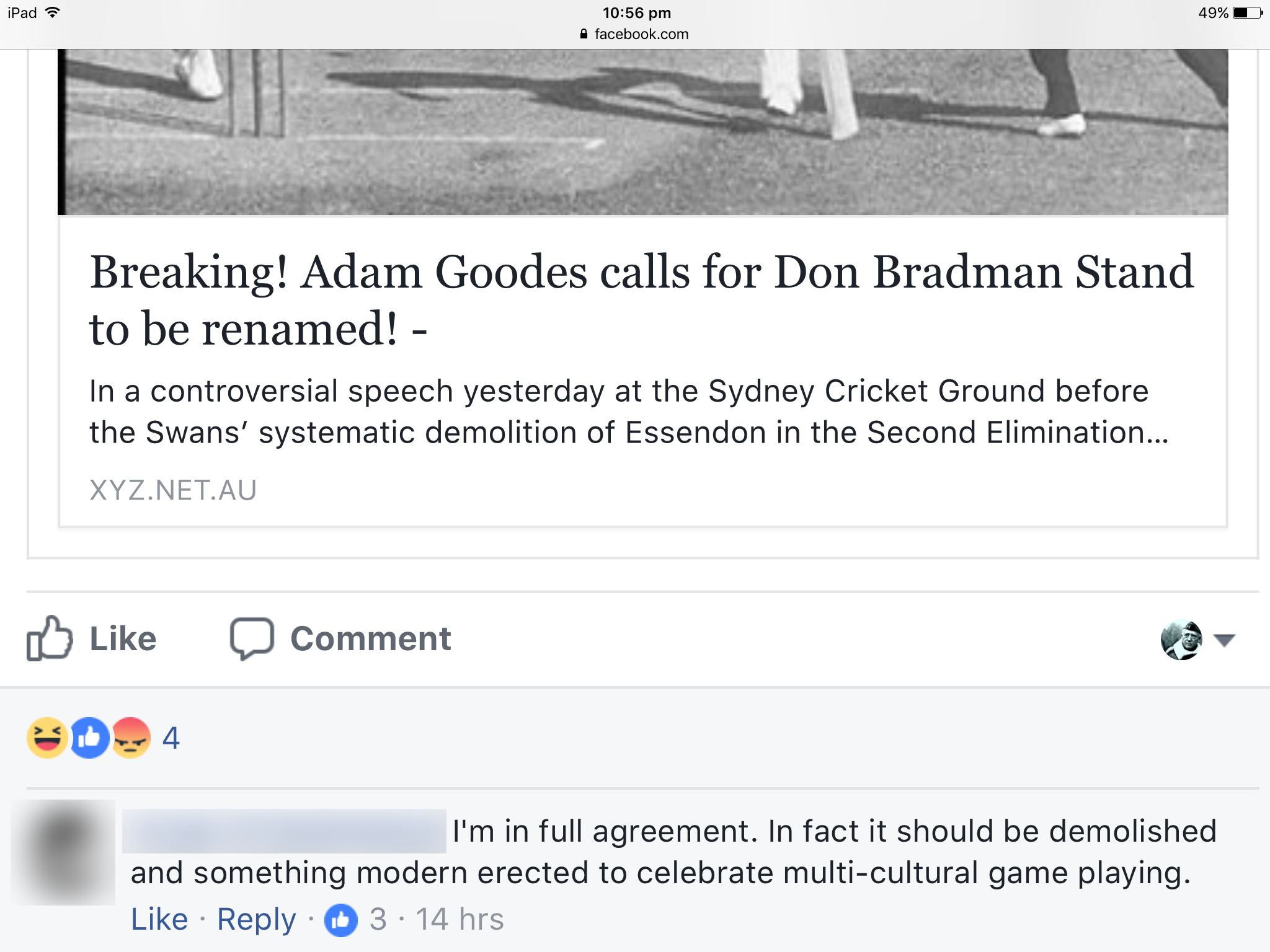 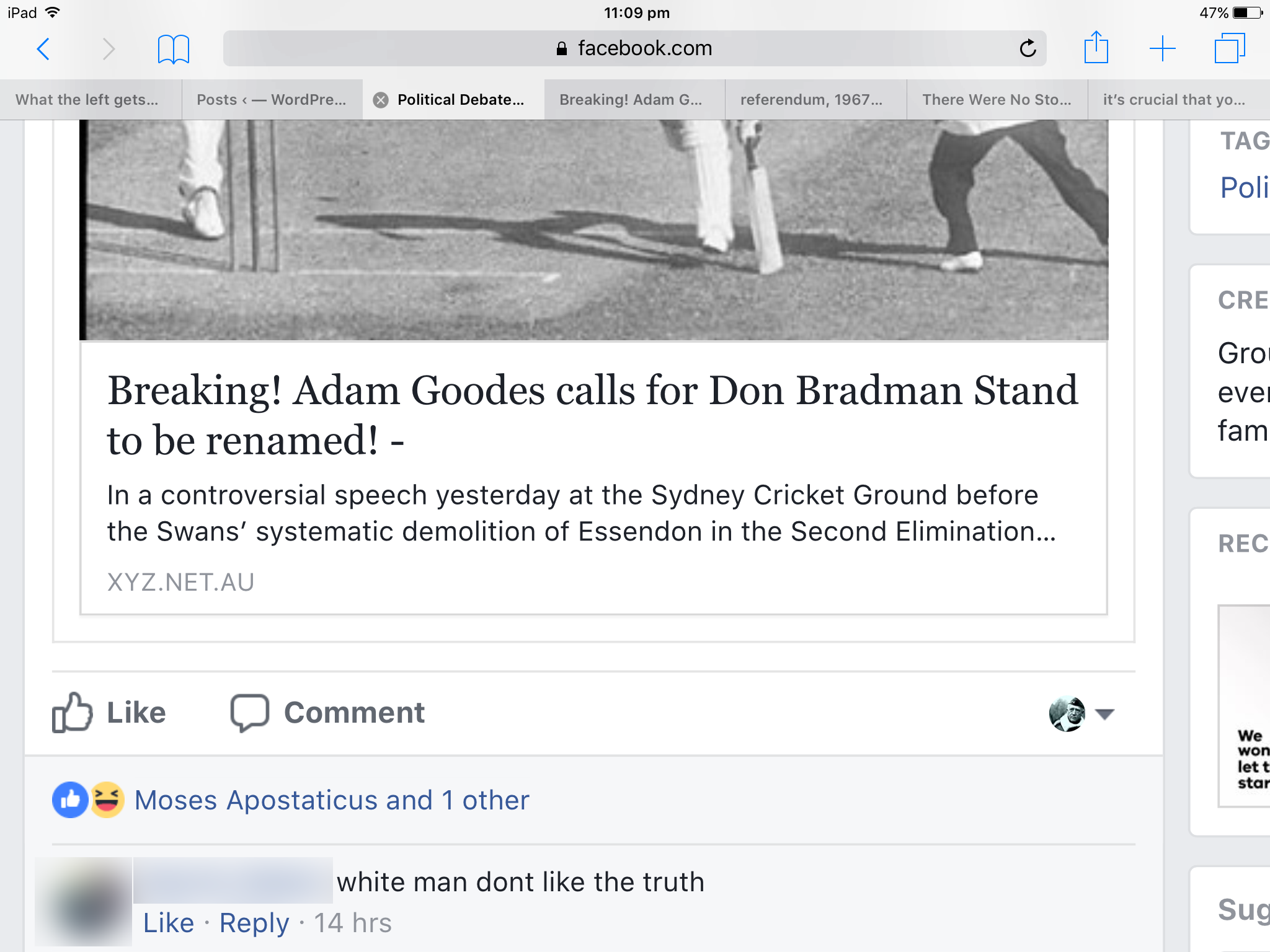 Back when John Howard was PM, he understood the value of icons in upholding Australian identity”. Don Bradman, who passed away during his time in office, was one such icon. Howard’s reverence for Bradman was so believable precisely because Howard actually meant it. The Australian people responded to it, and the left hated it.

The left hated it so much, they actually started to hate Don Bradman. Let’s just say they were happy to take Bill O’Reilly’s side.

They’ll take down anything to take down Australia. And they will never stop.