“The British believed the final and necessary justification of their empire was a moral one. The British kept the peace, they brought sound, honest administration, and they insisted that basic moral standards were honoured. The British did not try to nation-build in the way we think of it now. They were under no illusions about making Arabs or Afghans or Zulus into Englishmen. They were more than content to leave people alone, to let them be themselves, to govern them with the lightest possible hand.” 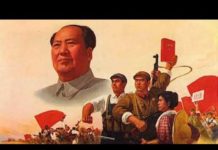