The political messaging of the genius autists who inhabit 4chan helped sway the US Presidential Election in Donald Trump’s favour. Their messaging was so effective that they have been hilariously accused of co-opting leaked NATO psy-op technics. Regardless, they probably know their military history, in particular the lesson of the Battle of Cannae. At Cannae in BC 216 Hannibal shaped his army into a forward facing V against a numerically superior Roman army. The Roman soldiers charged uphill, into the sun, furious at Hannibal’s murder of so many of their countrymen. They were drawn into a trap; as Hannibal pulled the front of the V back, his cavalry quickly flanked the Roman army. The Romans were surrounded, and an army of over 80,000 was utterly destroyed.

Bill Whittle has an excellent video on how Andrew Breitbart utilised this strategy to destroy ACORN. The 4chan trolls have achieved something similar with their latest US-wide prank. Countless fliers captioned with the simple phrase “It’s OK to be white” have been plastered over schools and universities all over America:

They have created some great memes too: 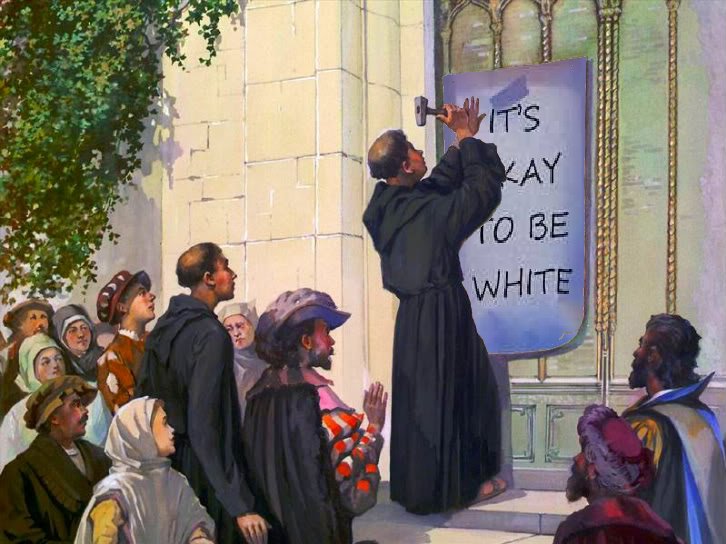 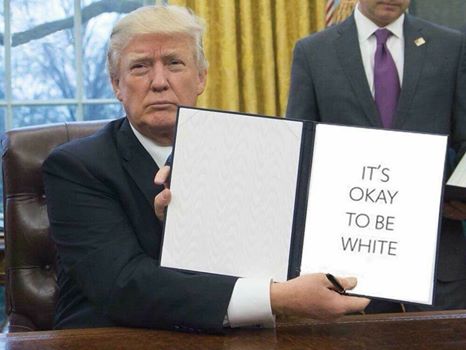 Naturally, these innocuous posters have been removed by hysterical students and officials, and their ridiculous overreactions have revealed their unconscious bias, their unintentional hilarity, and their anti-white racism.

“Really? Those type of posters? In a school as diverse as Blair,” asked senior Antoinette Ntomb.”

I guess white doesn’t count as “diverse”. I guess it’s not OK to be white..

“Our research so far has indicated that this may be part of a concerted national campaign to foment racial and political tension in our school and community. The same flier was posted in other cities and communities this week.”

But pro-black messages are good..

“I was really shocked that someone had the guts to do this because we try to promote diversity so much, and seeing this is saying, “Hey, we still have students who aren’t fully invested in this diversity message,’ ” senior Micah Ferden told WDAY-TV in Fargo.”

This statement implies that diversity excludes white people, because it’s not OK to be white, apparently.

And from the internet: 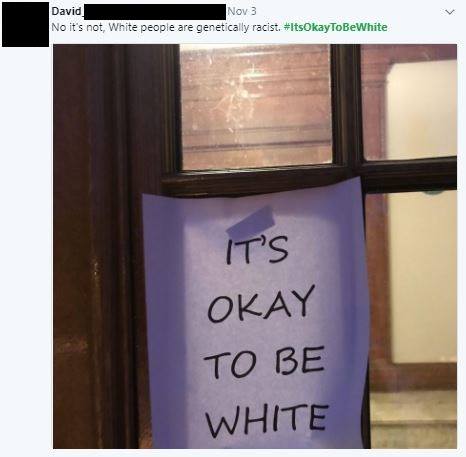 The big debate in the Alt-Right at the moment is about optics; how do we get across a pro-white message without reinforcing the left’s pre-planned, Godwin’s Law-breaching dismissal of said message? In this case 4chan have nailed it:

They have disseminated a positive message about white identity across America, and they have revealed the anti-white racism that underpins the diversity mantra, by provoking the authorities to attempt to censor this message.

4chan drew the SJW’s into their trap. And it was a massacre.