Originally published at www.endtimesherald.com on 25/12/2018.

.@RandPaul has placed a hold on the U.S.-Israel Security Assistance Authorization Act of 2018, which provides Israel with $38 billion in military aid over the next decade. https://t.co/gD0jOL4co5 Via @jacksonrichman

$38 billion dollars over ten years. That is one big fat dole cheque. 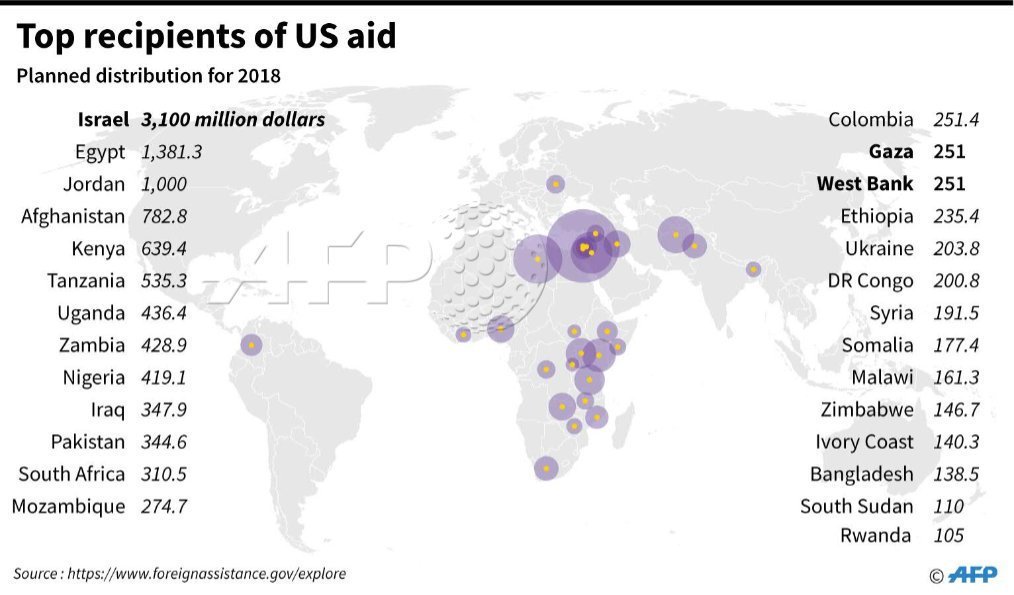 Maybe they can give the money to us instead? 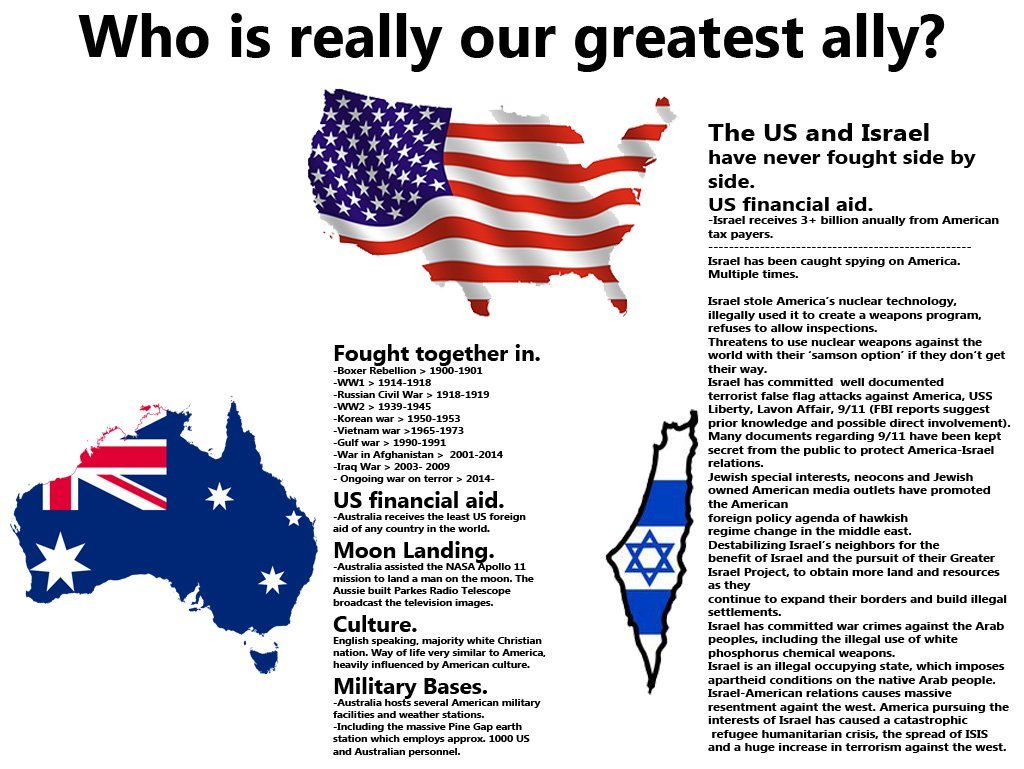 Something is changing. Even Tucker Carlson, cheerleader for Jewish elite interests for decades, is pushing back against the free market fundamentalism which has destroyed the US economy at home and the neoconservatism which has squandered US blood and treasure in the Middle East.

You just can’t keep a good WASP down. Eventually.

Senator Paul is even calling out the hypocrisy of America’s record $110 billion sale of arms to Saudi Arabia, who in turn are using them in a proxy war against Iran in Yemen.

How can anyone look at these starving children in Yemen and continue to supply the Saudis with bombs? https://t.co/Juvvr6f3Td

White men everywhere, of all types, are getting fed up with the unbearable level of bullshit in our societies. We’re getting angry. Anger can be good, as it can make us intolerant of deception and phoniness. It makes us demand truth, which can then become a force for renewal. Anger though can also be bad, as it can be blind and focused in the wrong direction. It then becomes a force for our destruction.

The left in particular are mad with anger. Rather than understanding why traditional-minded folk are pushing back against state-sponsored globohomo utopianism, they’re letting the MSM convince them it’s all being driven by Russian trolls hijacking elections.

Following the links from Russian hackers to the U.S. election https://t.co/iwSjgWDJxu

It’s not Russian dual citizens who have taken control of large parts of American politics, media, academia, think tanks and the intelligence community. It’s not Russian billionaires who provide most of the funding for both the Democratic and Republican parties. It’s not Russian intellectuals who have created ideological movements which are used to accrue privilege and power to them at the expense of others. A Russian lobby group doesn’t demand that all US congressmen sign a pledge of support for the state of Israel and punish those who aren’t enthusiastic enough in their support.

It’s not Russians who have convinced the largest political power bloc in the US, conservative Christians, that they are the chosen people of God by race and any criticism of them is a thought crime.

CUFI Founder and Chairman Pastor John Hagee gave the closing benediction at the dedication ceremony of the American Embassy in Jerusalem today. He spoke to @TimesofIsrael about anti-Semitism and the end of days.https://t.co/Yy3TV0B1CI

It’s not because of Russians that President Trump has given Saudi Crown Prince Mohammed bin Sultan a free pass for dismembering journalist, former jihadi and CIA asset Jamal Khashoggi in the Saudi embassy in Turkey.

Trump says Israel would be in ‘big trouble’ without Saudi Arabia https://t.co/6d19oKPsnC via @timesofisrael

It isn’t Russian senators in the US who are using their position to push for legislation making criticism of their country a criminal offence. 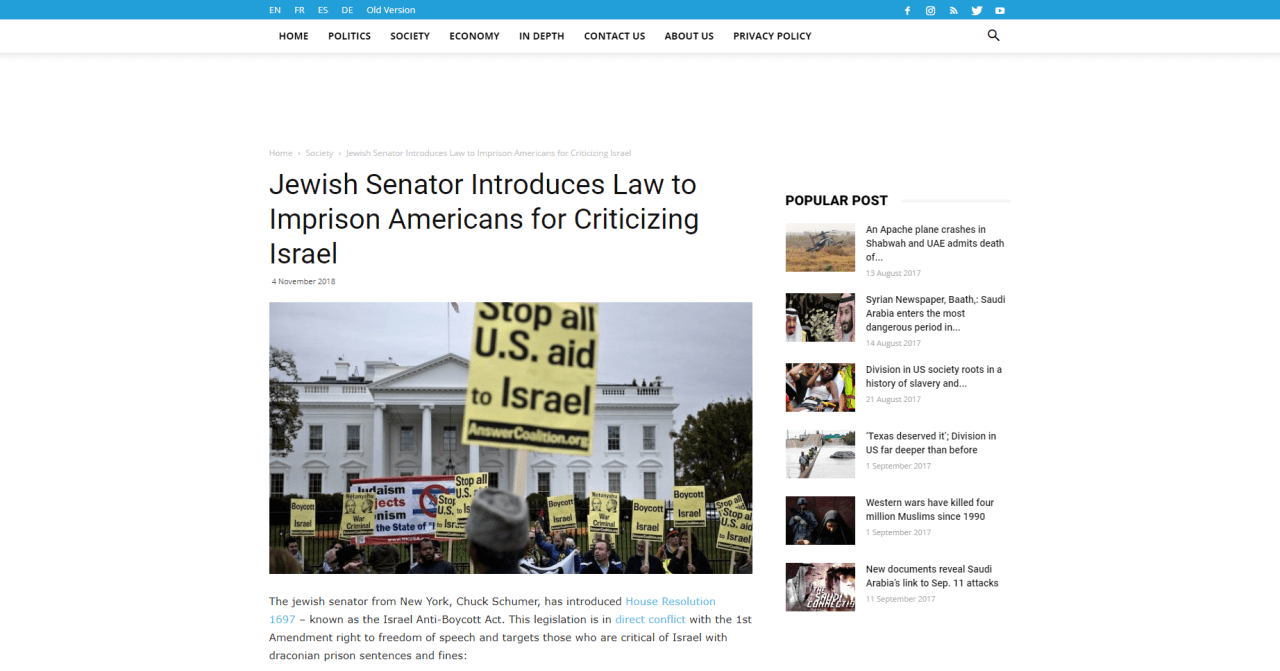 It’s not a Russian billionaire who has effectively bought the Republican Party, getting Trump elected and ensuring that Congress is dominated by puppets who put Israel, and not America, first.

Adelson, Who Donated Over $100 Million to the GOP, Reportedly Watches Election With Trumphttps://t.co/MQyJ6hKbDU

A Jewish billionaire whose great regret is having served in the US military, and not the IDF.

It’s not the Russians who tell the US how to vote at the UN.

“We are with Israel 100%.” –@realDonaldTrump pic.twitter.com/ka6IjC0gzl

And it wasn’t Russian firms and money which were behind Donald Trump’s insurgent presidential campaign. They were Jewish Zionists, obsessed with rebuilding the Third Temple and establishing Greater Israel.

The Israel-lobbyists, Netanyahu cronies, psyops manipulators and well-connected oligarchs — could it all be just one big coincidence? | Analysis @ChemiShalev https://t.co/KwrheoDTO6

Just like Jared Kushner, a prominent member of radical Zionist cult Chabad Lubavitch. A group which has its tentacles in every power centre in the world.

It isn’t Russia which has taken over America. It’s Israel.

Knowing many of you as I do, dear readers, I can hear the wails of protest and accompanying gnashing of teeth already. If you are not convinced that Jewish elites now hold the levers of power in the United States, then I cannot help you. You are impervious to evidence.

Others, though, might have a different rebuttal to my argument: So what if Jews run the US? They’re good for America. They’re smarter than us. They deserve it.

My analysis of the so-called “Jewish question” has been criticized by exactly the people you would expect to criticize it. I responded today with an update, making the mathematical case linking higher IQ to higher Jewish achievement properly: https://t.co/3DvVo0f0Q7 pic.twitter.com/SRPYugFKjV

Big brain nibba that he is, Prof Peterson isn’t very good at maths. The mean IQ in Israel is 95; slightly lower than Australia at 98. If Ashkenazi Jews, who represent about 50% of the Jewish population, are so hyper-smart, then that means the other Jewish groups such as the Sephardim and Hasidim must have lower IQ’s than sub-Saharan Africans.

Something doesn’t add up, professor. This narrative of Ashkenazi intellectual superiority looks like just another Jewish supremacist myth to me. There are other factors at play when it comes to understanding how Jews came to dominate the US so thoroughly.

But are they good for America? Do Jews, powerful as they are, have the best interests of the West at heart?

This is a difficult question to answer, because of a phenomenon Winston Churchill identified a century ago. Jews are split down theological and ideological lines, between liberal/atheist and orthodox, or Marxist and Zionist.

Liberal and atheist Jews are generally of the political left, and are cultural Marxists. Their religious focus is on the concept of Tikkun Olam; a Talmudic concept which states that the role of the Jews is to heal the world by destroying the nations. They want a one-world global society in which there are no national distinctions so Jews aren’t threatened.

Orthodox Jews tend toward the political right, and are generally Zionists. Their religious focus is on the building of the Third Temple and revelation of the Jewish messiah who will bring the nations under their control and establish Greater Israel as the primary world power. They want a strong Jewish state which rules over the Middle East as a protection against the nations. Both of these theological orientations have as their unifying motif that it is the unique role of the Jews, as God’s chosen, to bring about utopia.

And both groups will come together to defend Jewish interests when threatened by outsiders. We can see this with the usually neo-Marxist Jewish organisation the ADL, when Israel is threatened with boycotts.

This is alarming. BDS doesn’t just criticize Israel’s gov., it denies its right to exist as a Jewish State. @IlhanMN also said she supports a two-state solution. Rep-Elect Omar, you owe it to your new constituents to clarify your views https://t.co/KkTFFfuPu8

There will still be many readers who deny that Jewish influence over America, and therefore Western civilisation, could be anything but beneficial, or even benign. They have been reassured continuously by Jewish-controlled media that the West was built on ‘Judeo-Christianity’. That we have a common cause with the Jewish people, particularly against Islam.

This guy thinks white people deserve to be replaced because of the historical suffering of the Jews.

Why Jewish history makes me worry about the “legitimate white interests” argument. Me for @JewishChron online – https://t.co/QRIrqRPxFt

This Jewish-run NGO group was caught on video training Muslim invaders how to tell border police they’re persecuted Christians to get into Europe.

Director of a major NGO in Europe tells our undercover team how she teaches migrants to lie & pretend to be persecuted Christians to border police. Last year they worked w/ 15,000 migrants. The UN has responded to our investigation calling it ‘alarming’ – https://t.co/O88y5BiuPD pic.twitter.com/uzj5INVdam

Liberal Jewish rabbis are overwhelmingly represented in organisations which push for mass immigration from the Third World. 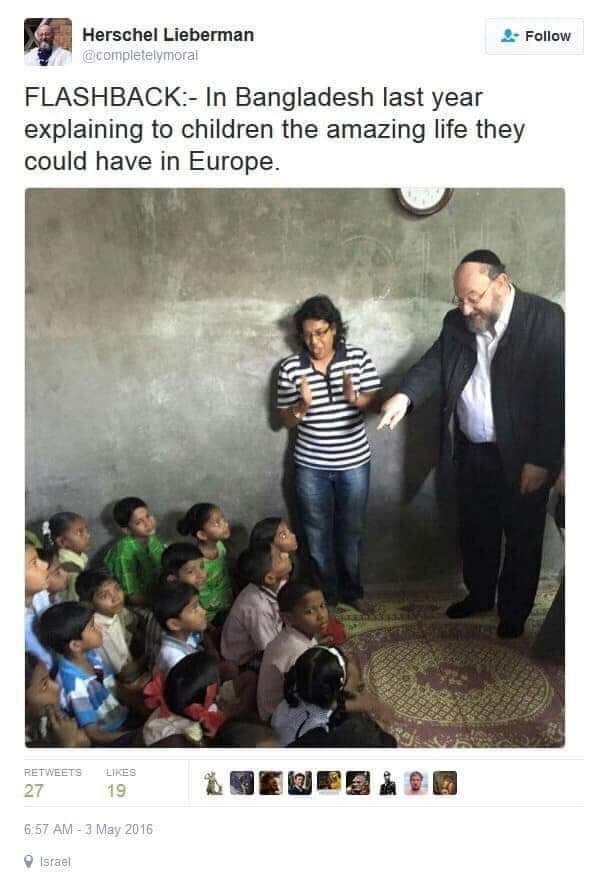 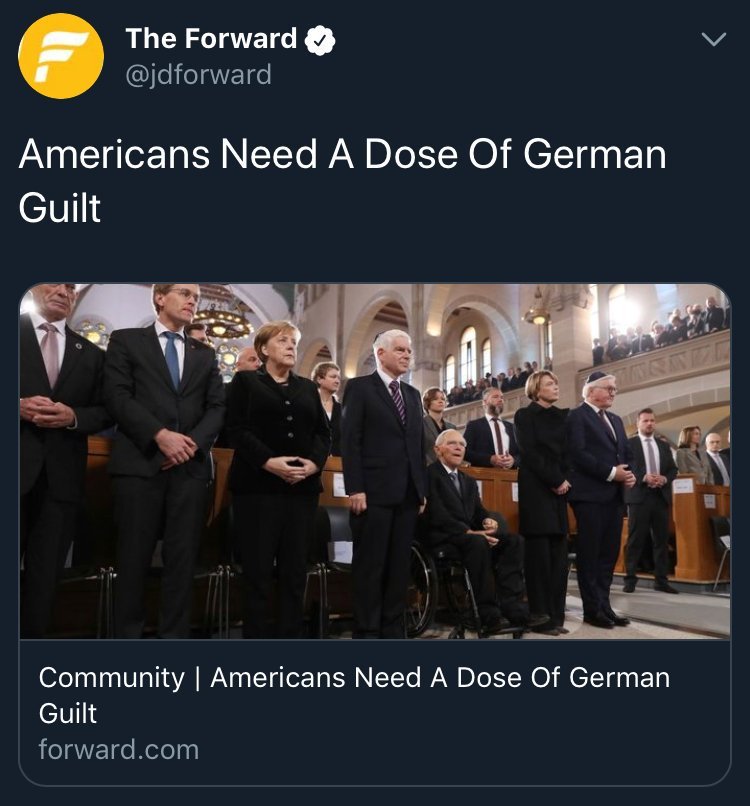 But maybe it’s just in the USA, I hear you say?

No. It’s everywhere, including in Australia.

While the Marxist J-Left concentrates on advocacy for white demographic replacement, feminism, trans rights, and other cultural Marxist agendas, the Zionist J-Right uses their media and political power to achieve their utopian objectives for a Greater Israel in the Middle East. This includes fomenting hatred of Muslims among conservatives in the West.

While the Jewish-controlled mainstream media leans largely to the Marxist left, the Jewish-controlled alt-media leans heavily to the Zionist right. Matt Drudge, creator of the Drudge Report, is Jewish. Avowedly Zionist outfit Rebel Media is owned by Jew Ezra Levant. Breitbart has been an openly Zionist operation since its founding. Like Infowars, all of them focus exclusively on Muslims and cultural Marxists as the enemy of the ‘Judeo-Christian’ West. 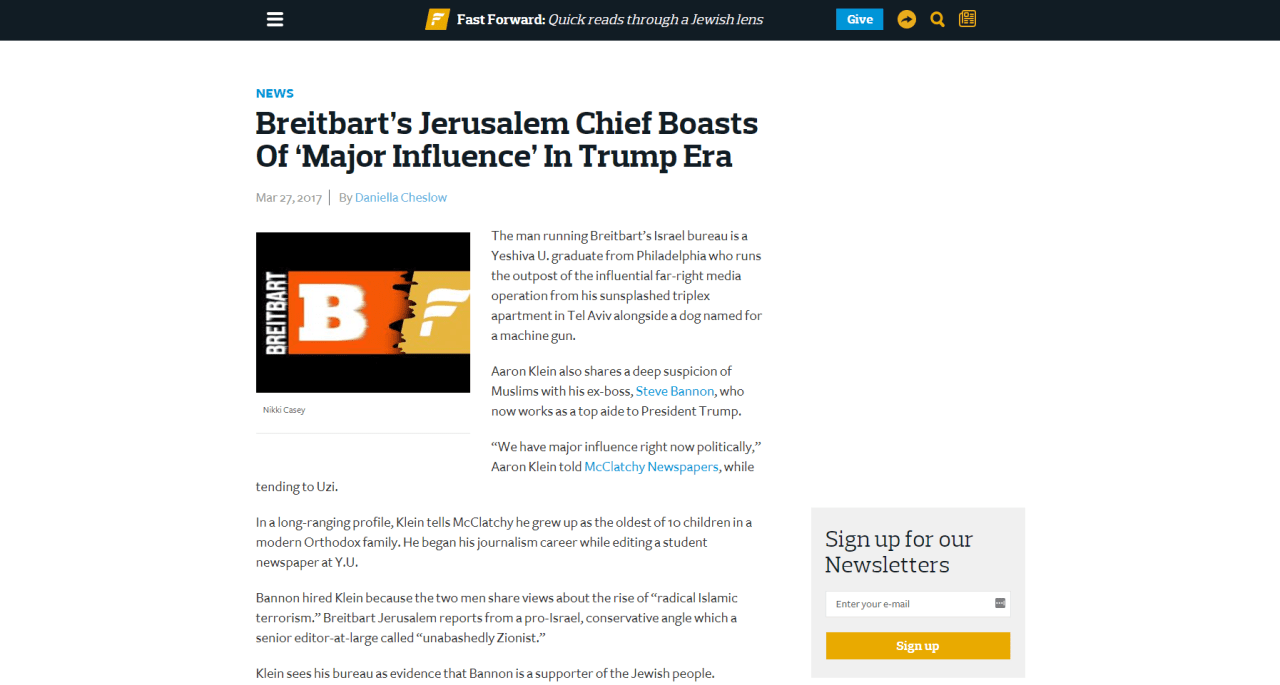 While advocating ostensibly for nationalism in Western countries, none of the alt-media will cover the influence of the Jewish lobby on American politics or the Israeli role in events like the sinking of the USS Liberty and 9/11. Their main goal is to increase support for Israel among the right in the West, not to advance the interests of the people. If the alt-media truly was concerned with re-establishing sovereignty and nationalism, they wouldn’t leave exposing AIPAC to Al Jazeera. 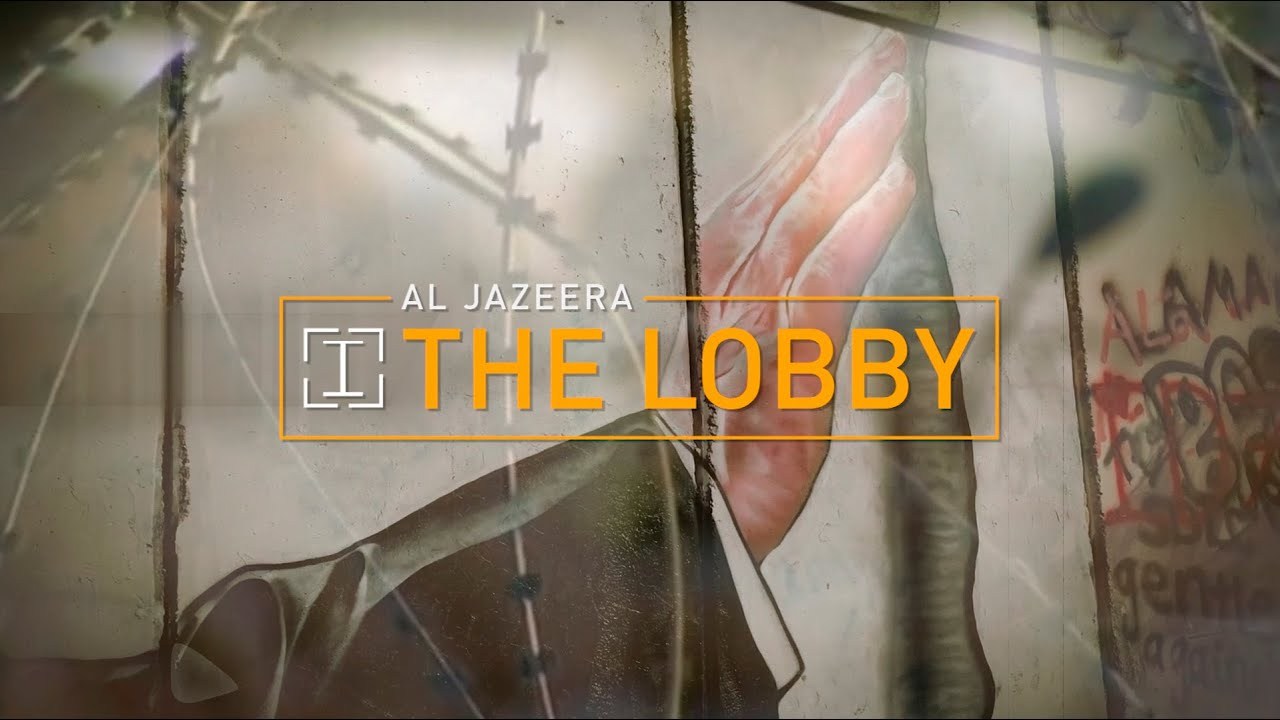 It is not difficult to discover the power of AIPAC over America’s politics, media, universities and public life. They boast about it openly.

On Nov. 6, Americans elected a solidly pro-Israel Congress, with many new members. Learn more about the new Congress in the latest edition of the Near East Report, AIPAC’s flagship foreign policy publication.

This growing Jewish power over the West is also leading to the growing persecution of Christians, just as it did with the Jewish Bolshevik takeover of Russia a century ago. The theme being used by Jewish interests to justify cracking down on Christianity is, of course, anti-Semitism.

Jewish leaders call for new editions of the Bible and Koran to include anti-Semitic warnings https://t.co/R9zKXYVJo8

Hatred of Christianity is open in the state of Israel, unlike in the West where Jews have learned to be more prudent. This popular comedy show, Toffee and the Gorilla, was broadcast on Israeli cable TV in 2007. The writer is a columnist for Jewish media outlet Haaretz.

Western nations have placed enormous trust in Jews and Israel. Israel has the highest-level access to Western intelligence and technology. Is that wise?

China is on track to overtake the US as the number one source of overseas investment in Israel as both countries are deepening trade ties.#StartUp | #Investment | #Israel | #China https://t.co/fuOL2HhSmq pic.twitter.com/Sqj68r0y9y 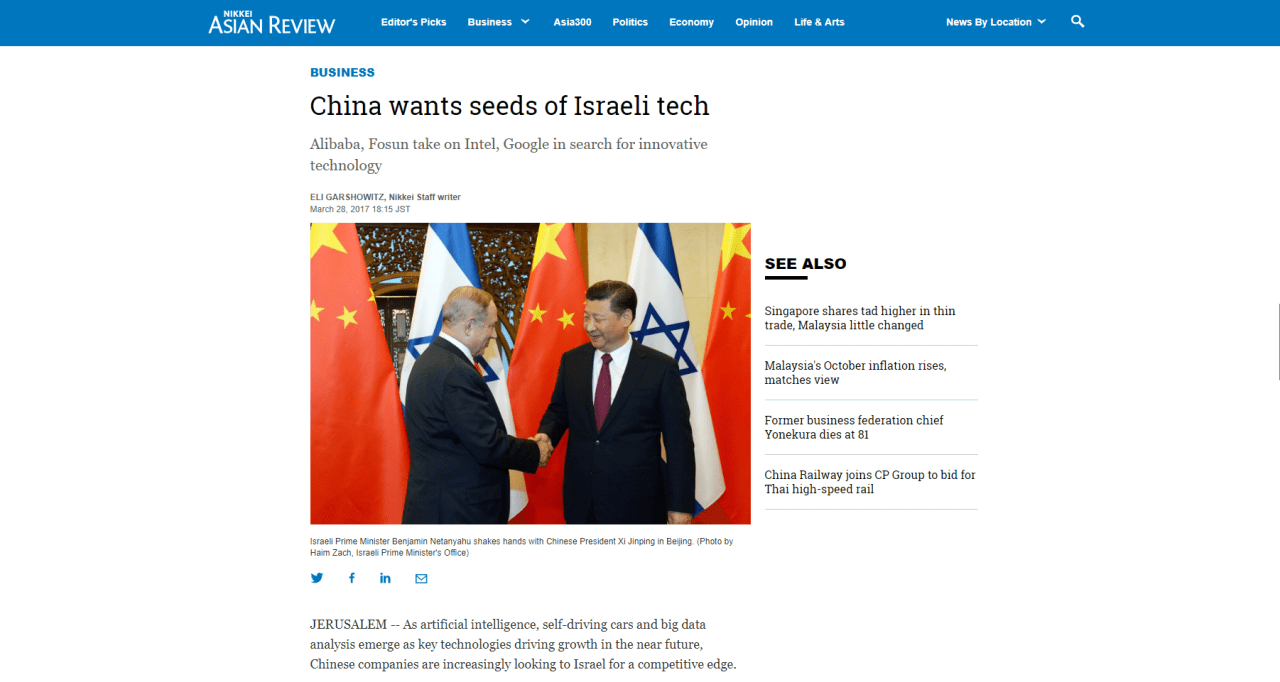 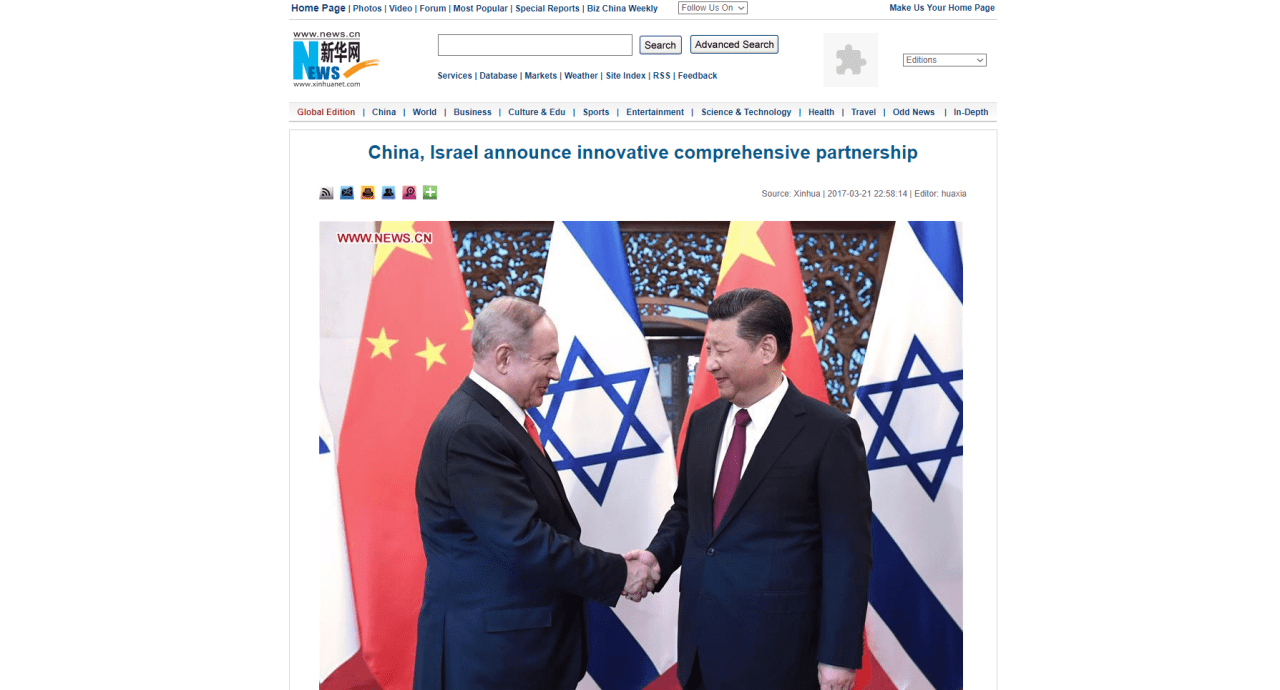 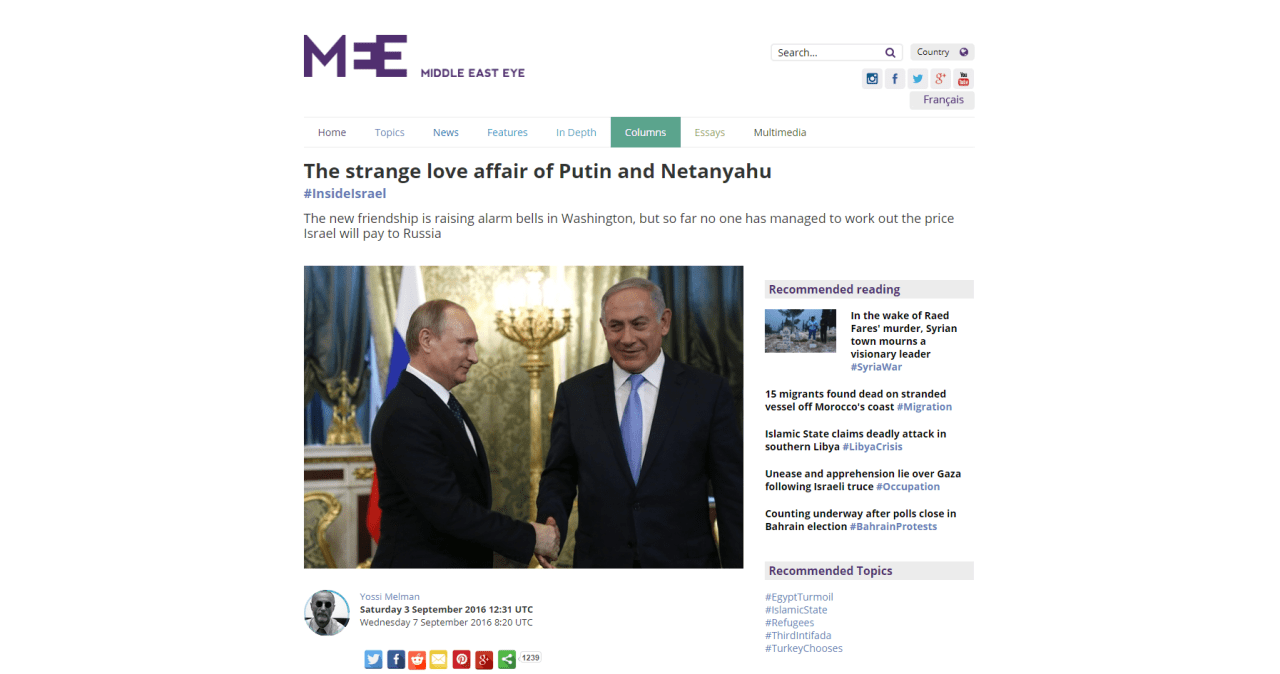 Israel’s cosying up to Russia and China, alongside control of America, bodes well for the Zionist plan to soon establish a new UN in Jerusalem. 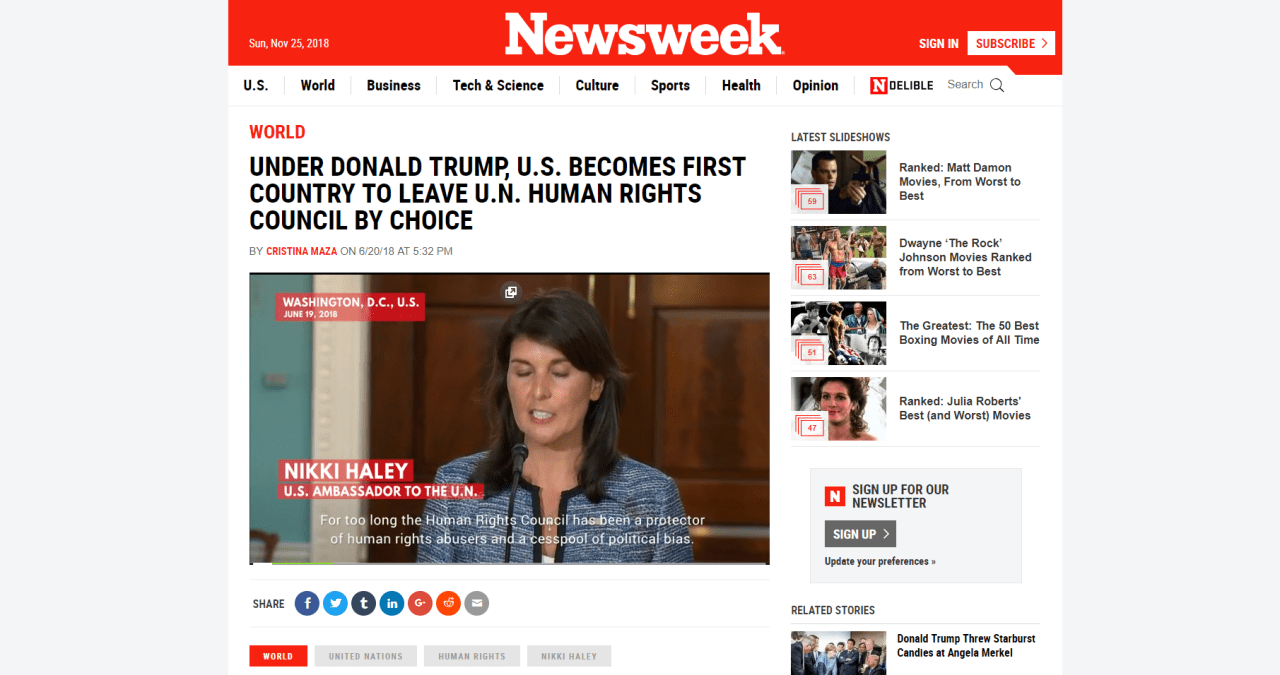 This will most likely happen after another world war. That’s where Trump is taking us. It’s why the Zionist financial elite started and funded World Wars I & II, after all.

And the Christian Zionists will cheer.