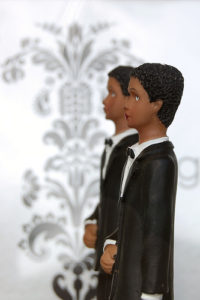 Today, the result of the postal survey on whether to change the Australian Marriage Act to allow gay people to marry their same-sex partners was announced in the affirmative. Elected representatives in Canberra are now drafting legislation to make it the law.

The Prime Minister of Australia yesterday described a same-sex marriage bill proposed by Liberal senator James Paterson, which featured specific protections allowing commercial operators to refuse service for gay weddings on religious grounds, as being a bill which would “increase discrimination”.

An article by Michael Bachelard has been featured prominently in both the Sydney Morning Herald and the Age today entitled “Same-sex marriage debate: Religious freedom is, and should be, limited”.

The slippery slope is real.

Except there is a little more. Bachelard’s entire argument rests on citing extreme examples of violence practised in the name of religion as reasons why we need to force people to do something against their conscience:

“The Jesus People consider their sect to be a religion. With beliefs based on hippydom and Christian fundamentalism, they follow an ascetic way of life. They also, allegedly, violently abuse women and practise polygamy, as a way of getting closer to God.

“Another sect, or ‘new religious movement,’ the Children of God, sexually abused young children in the name of Jesus Christ. This was not ancillary to their religion; it was part of their observance.

“Then there is the sub-section of Muslim believers who mutilate girls’ genitalia.”

(It is actually quite more than a significant “sub-section”, but moving forward.)

“Illegal behaviour of this kind is subject to criminal sanction by worldly authorities. We’re happy to say these practices are wrong, abhorrent, bizarre, even though they are expressions of sincere religious belief.”

If you don’t want to provide a commercial service for something which goes against your religion, you are like somebody who rapes children and mutilates their genitals.

The irony of this is that Yes campaigners deliberated conflated the “slippery slope” logical fallacy with arguments which merely pointed out the logical consequences of changing the law. Now that these logical consequences are very much upon us, a Yes campaigner is using a logical fallacy, an appeal to extremes, in order to argue in favour of forcing people to do something they do not want to do.

Exactly the logical consequences No campaigners warned against.