The ride share company Uber continues to be attacked by the taxi industry and regulators as it rolls out its operation in Australia. 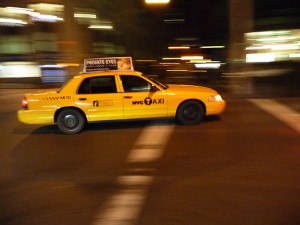 ged, and that Uber is avoiding paying taxes. The taxi industry itself is a tidy cash cow for governments, bringing in around $100 million each year for the Victorian and Federal Governments.

It is obvious that Uber needs to pay taxes that are due, however we need to be streamlining regulation including taxation for new economy businesses such as Uber, rather than putting road blocks in their way.

We should be embracing and making the most of new technologies like Uber, frankly, because of the significant benefits they will bring to our social and economic life, as well as the environment. The benefits to the community that businesses like Uber and others bring are considerable, when looking at things like productivity, convenience and efficiency.

It is the taxi industry that urgently needs to adapt and improve its service if it wants to have a future.

We should not be hamstringing new technology and business disrupters like Uber, just because existing players feel threatened. We should actually welcome them, and the significant improvements they bring.

Ultimately, the matter of choice should be up to the consumers rather than regulators or business oligarchs.