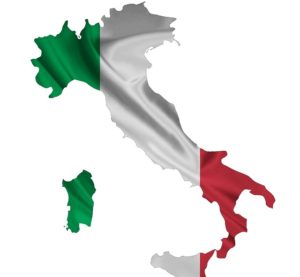 The Italians have voted, and the answer to Prime Minister Renzi’s constitutional reforms is a resounding ‘No’. The final tally is yet to be announced, however it appears to be a crushing victory, with an absolute majority ‘No’ vote somewhere between 54-55%. In contrast to the Brexit referendum in Britain, and the US Presidential election, the exit polls were reasonably accurate. On any view, the scale of the ‘No’ vote is staggering, and it is a clear warning to the political establishment, and to the European Union itself, that its very existence is hanging in the balance.

Prime Minister Renzi, who staked his Government on the ‘Yes’ case, has announced his resignation, and has said he is not able to lead a caretaker government until a general election. In a national televised address Prime Minister Renzi said, ‘The experience of my government ends here’. And so Mateo Renzi joins David Cameron in having sacrificing his Premiership, and probably political career, on the altar of an integrated Europe.

The beneficiaries of Renzi’s monumental miscalculation are likely to be the fringe parties including the Euro-sceptic Five Star Movement, Calvini’s ‘Northern League’ and Berlusconi’s Forza Italia, all of whom are surging in the polls and calling for an immediate general election.

The result of the Referendum is a further marker of the rise, and the growing ascendency, of the Euro-sceptic and nationalist parties, who are attacking the political establishment and the very foundations of the European Union, including the common currency. If the general election that surely must now quickly follow mirrors the result of the referendum, Italy is likely to vote in an in/out referendum on the common currency, and possibly on its membership of European Union itself.

The coming election campaign will be protracted, and likely vituperative, which will do nothing for Italy’s faltering economy, and the chances that its banks will avoid a bail out, or worse a bail-in.

The Italians have taken their lead from Brexit, and the victory of Trump. With elections looming in 2017 in France, the Netherlands and in Germany, who knows where it ends? With every new victory, this looks more and more like a real revolution.