It has come to my attention that the planet is facing another crisis, that being Serious and Harmful Anthropogenic Geological Gravity Increase (SHAGGIN). 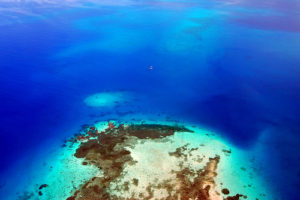 As we all know, our weight is the measure of the force of gravity, and everywhere I look, I see people getting heavier and heavier and this is despite exhortations through almost every media outlet to try to avoid this. As I move towards my seventies, I have noticed that I am not as tall as I used to be, undoubtedly a result of SHAGGIN. There can only be one explanation for this phenomenon, and that is that gravity is moving towards an uncontrollable increase. I have read 100 peer reviewed articles by SHAGGIN scientists, and 97 of these articles believe that unless we humans start to do something about this crisis, we have less than 10 years before the planet will be irretrievably damaged. Trees will not be able to grow; high jump records will never be broken; islands will start to sink into the sea, pulled down by the SHAGGIN; but perhaps the most difficult for us to accept is that Nic Naitanui will never win another ruck contest against Aaron Sandlands.

With 97% of SHAGGIN scientists supporting the notion, then it is inevitable that politicians will adopt it and do all that they can to save the planet. They will go about it in the normal way; that is, separate us from our money by introducing a SHAGGIN tax. It appears that things like fast food, driving cars, watching TV, using labour saving devices such as vaccuum cleaners and the like, are major contributors to SHAGGIN. It only took a human contribution of 12 parts per million in carbon dioxide, and a single survey of less than a hundred climate scientsts (which produced 97% consensus) to get all the politicians on the planet to go to Paris to agree to tax our breathing, so it shouldn’t be too hard to get them to tax all those machines and fast foods. As we all know, science conducted by consensus is politics, so we need to bring the politicians on board.

I wrote to Pope Francis and put the proposal of SHAGGIN to him and he responded with alacrity. He said the nearly 2 billion Catholics on the planet needed to believe in something and God wasn’t quite cutting it with most of them today. He said once Climate Change was consigned to the same box that the Y2K hoax ended up in, he would produce an encyclical on SHAGGIN and encourage all Catholics to embrace it. As we all know, science conducted by belief is religion, so to save the planet, we definitely need the Catholics on board. I wrote to the Grand Mufti and asked him to gather a few heads to talk it over, but I haven’t heard back from him yet.

Finally I have approached the ABC. As we know, science conducted by censorship is tyranny, and the ABC, on the issue of climate change, has totally excluded any view counter to its own. The ABC has taken censorship to unheard-of levels on this particular issue. The ABC usually adopts the counter-intuitive view, and then, using our taxpayer dollars, censors all but its preferred narrative. If SHAGGIN can be adopted by the ABC, then once the heat has gone out of the climate change train wreck, then we can expect the full support of the ABC.

I think SHAGGIN has the lot!

Greg is a maths teacher who likes to surf.