Last week Bill Shorten proved an XYZ prediction wrong and torpedoed his chances of winning the next federal election. 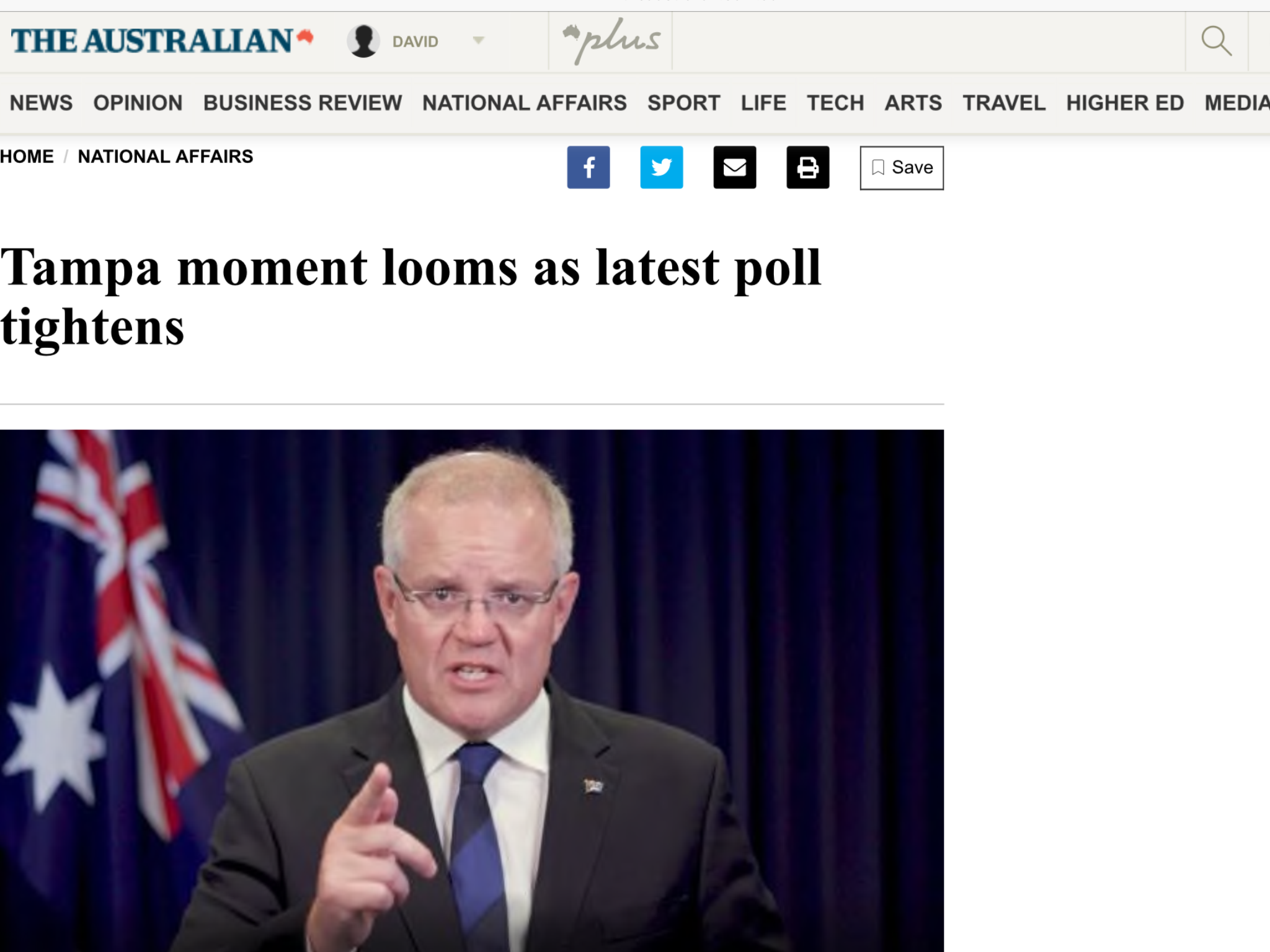 Yours truly may have got this one wrong, but the analysis of the game at play remains solid. The passing of the Medivac Bill, against the wishes of the Liberal government, could become a case of overreach by the Labor opposition. Scott Morrison has rightly reopened the Christmas Island detention facility to prepare for an influx of fake refugees who want to try their hand at coming to Australia by boat, and a new poll suggests that Labor’s lead is tightening.

You mess with any pillar of Australia’s border protection program, you get punished electorally.

Here is where it gets interesting.

Scott Morrison is targeting ­migrant communities critical to his re-election in a bid to seize on Bill Shorten’s shift to fast-track refugee medical transfers to Australia, as the government ramps up pressure on Labor in a move drawing comparisons to John Howard’s Tampa moment.

“Our plan is straightforward,” Mr Morrison wrote in his article entitled “Our Plan for Keeping Australians Safe and Secure”. “Keep our economy strong to provide the surest foundation for our security. Defend Australia with a record investment of over $200 billion in our nation’s defence capability over the next decade. Continue to protect our borders with proven policies that work, and not changing them.”

Since the Tampa crisis of 2001, a huge demographic shift has occurred in Australia, with the great Australian immigration betrayal leading to our becoming the most successful multicultural nation in the world – ie, the Western nation closest to committing national suicide. As The XYZ has pointed out, this has been the fault of the Liberal Party as much as the Labor Party, as the Libs have used their strong border protection credentials as cover to enact this immigration betrayal and allow hundreds of thousands of legal migrants into Australia every year.

Labor may have calculated that this demographic shift would mean that another ‘Tampa Moment’ would not work in the Coalition’s favour. Immigrants tend to vote Labor, therefore immigrants tend to be more compassionate or something. Except, this:

Popular Mandarin-language outlets such as Sydney Today and WeChat accounts such as “Australian Red Scarf” and “Melbourne WeLife” have published articles critical of Labor’s medivac policy.

Melbourne WeLife carried a photo of Mr Shorten with a made-up quote plastered on top saying “green cards for all refugees”. There is no suggestion the articles are linked to the Liberal Party, and Sydney Today has often editorially favoured Labor.

The dynamic revealed during the gay marriage plebiscite, where certain invader communities were revealed to be more conservative than big chunks of Australia’s brainwashed white left, could well work against Shorten and for Morrison.