This article is the second in a series covering lesser-known aspects of Judaism.

It doesn’t take a political genius to see that we’ve got a profoundly damaging clash of values going on in our civilisation right now.

On the one side, we have the traditional Christian values our societies were built upon.

On the other side, we have values which are directly opposite. They are the inversion of Christianity. Anti-Christianity, if you like. And though it makes many people uncomfortable to face this truth, if we are honest, we must acknowledge where these values come from.

They are Jewish values.

“This moment of American crisis — a moment of misogyny and racism, xenophobia and anti-Semitism — calls not for more cynical political calculation, but rather for the Jewish talent for ethical decision-making,” writes @Rav_Mike:https://t.co/ZNoL2qKy21

“Values like tzedek — social justice, and Shmirat ha’adamah — guarding the earth, and Ahavat ha’ger — love of the immigrant, and Ahavat ha’briyot — love of all humanity. And of course Lo ta’ashok, rejecting the oppression of the weak. …”

It is not some wild ‘anti-Semitic’ conspiracy theory to assert that cultural Marxism, the belief system driving forward these anti-Christian values, has its origins in Talmudic Judaism. It’s just a fact. An uncomfortable one, and not one that I like, but still a fact.

Here’s a good place to start! MJL is solid so you can safely follow their links to go deeper. ;). https://t.co/UdonLEzCKG

Utopian open borders globalism is not a political concept.

It is a theological one.

Tikkun Olam is more than just a political agenda from the Jewish Marxist left. It is a foundational theological belief of Talmudic Judaism.

Rabbi Kessen in the video above is Roseanne Barr’s favourite rabbi. They both share the belief that the Jewish moshiach will come soon, and Jews will rule over the goyim through a totalitarian world state in which Christianity is illegal. The messianic kingdom will be based in Israel once the Third Temple has been built. This is the orthodox Jewish interpretation of how Jews will heal the world.

Whether viewed from the Marxist J-Left or the Zionist J-Right, Tikkun Olam is a uniquely Jewish belief in a racial destiny to bring about utopia. In this article, we will be investigating the Tikkun Olam of the Jewish Marxist left. In future posts, we will take a closer look at the beliefs of the orthodox Jewish Zionist right.

Early modern J-Left utopianism expressed itself through the radical politics of overthrowing the European aristocracy and bringing about a classless world. This vision of Tikkun Olam found its clearest formulation, and obscurest expression, in the writings of Karl Marx. It was the animating belief system behind the well-documented Jewish involvement in the various communist revolutions of the twentieth century. 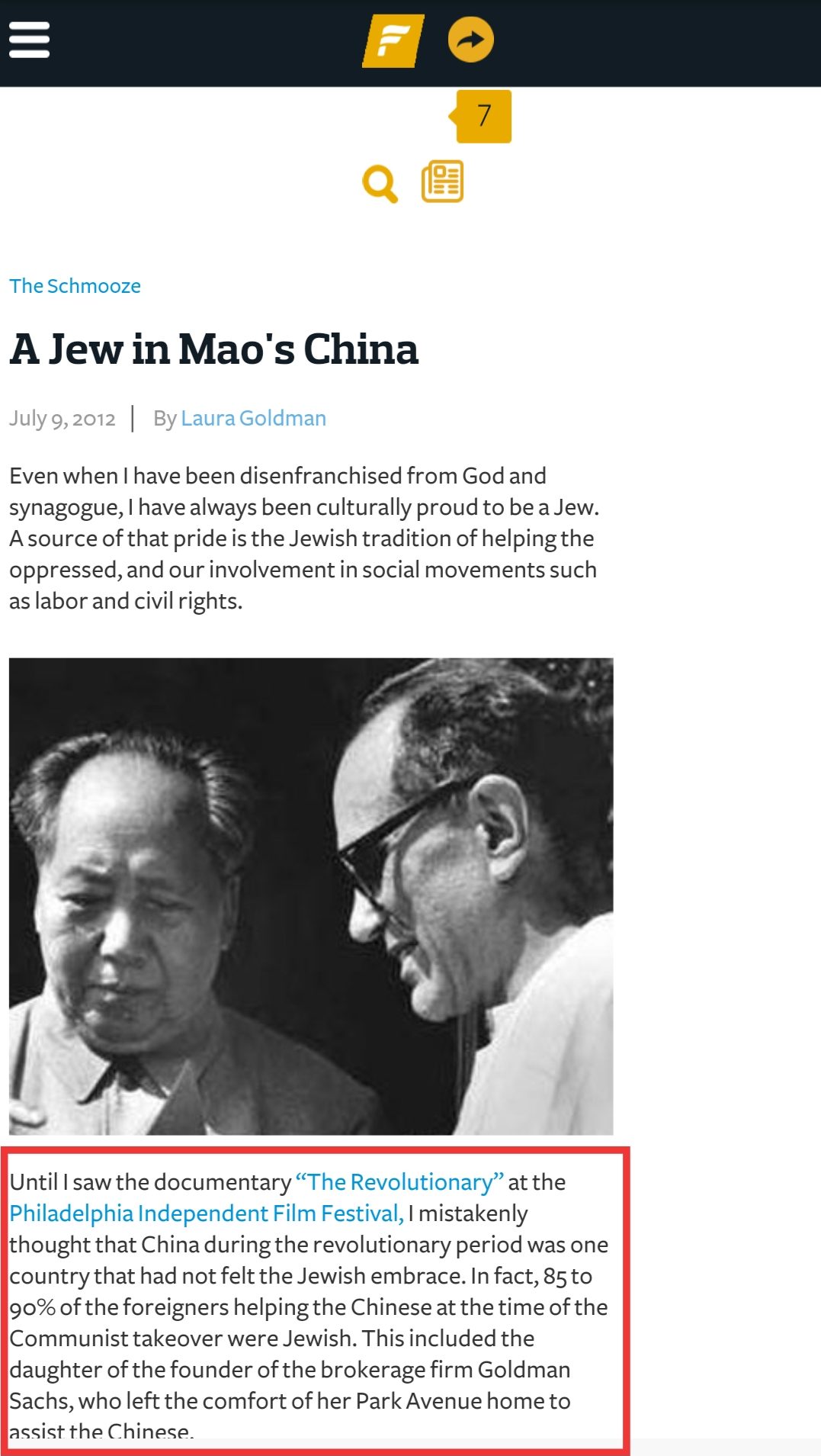 With the advent of Stalinism, exposure of the savage barbarism of the Bolsheviks and the failure of communism everywhere it was tried, the Jewish concept of Tikkun Olam evolved. A consensus emerged on the Marxist left, and particularly among its radical Jewish vanguard, that white European culture in general and Christianity in particular was the primary obstacle to repairing the world.

Rather than overthrowing the bourgeoisie, the world could only be healed by overthrowing white, Christian civilisation. Jewish utopians have been busy strenuously working to do that ever since.

Healing the world by destroying Western civilisation required the demographic replacement of whites.

Because of Jewish values, they’re not funding migrants going to Israel.
“Everything that we do as a social and welfare organization is on the one hand based on of course humanitarian rights, but also on Jewish values,” he said. “https://t.co/Dnwguz1u1w

Even when those groups were being themselves victimised by the Jewish ethnostate in the Middle East. White demographic replacement was the over-riding concern.

THE SYDNEY QUEER MUSLIM community thanked their Jewish allies in a heartfelt address to the 25th Jewish #LGBTQ World Congress Shabbat dinner hosted by Sydney’s @emanuelshule and the @NSWJBD on Friday nighthttps://t.co/ZP7vStSemG

The effects of this Jewish agenda are now visible in every neighbourhood in the West. 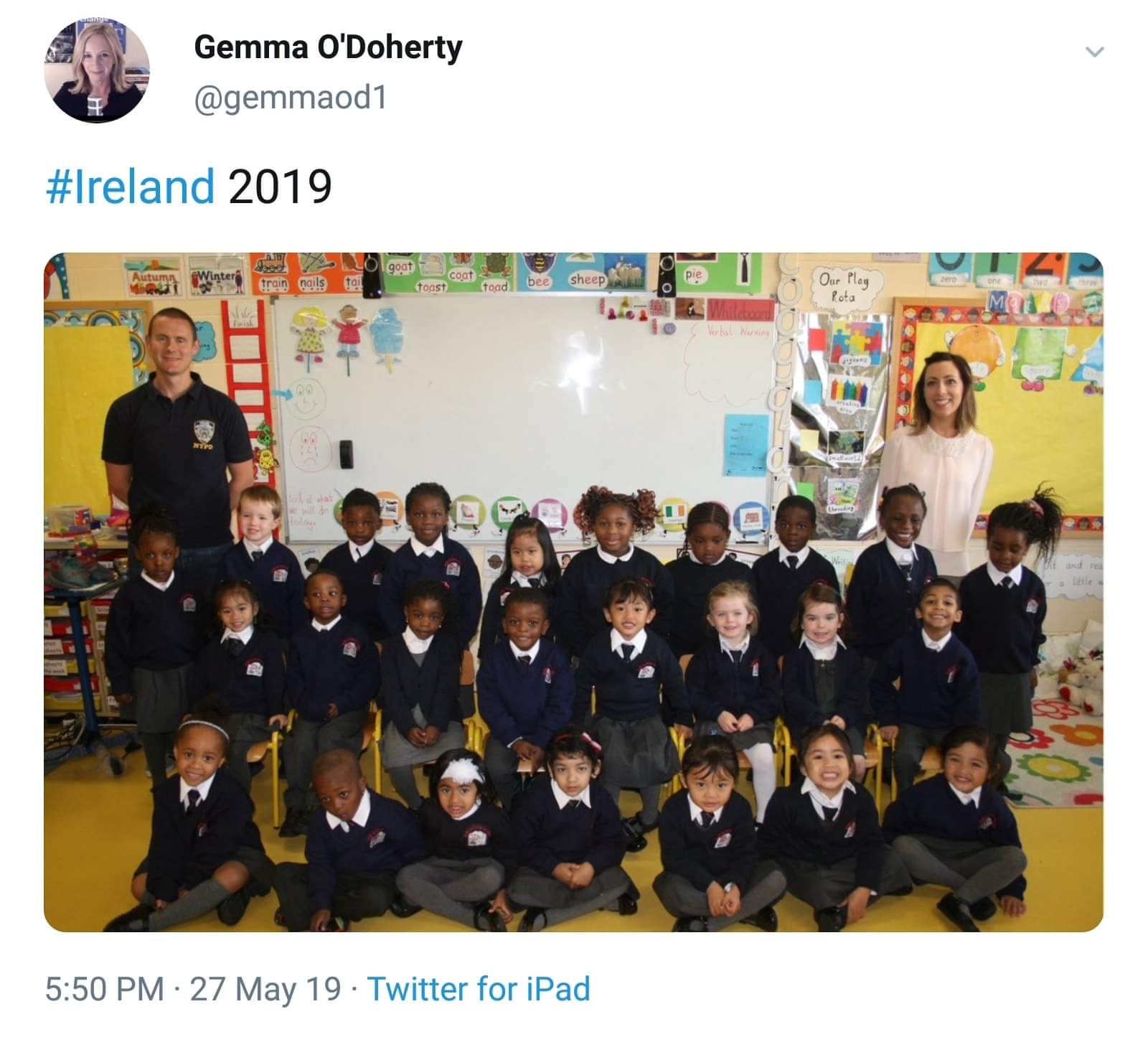 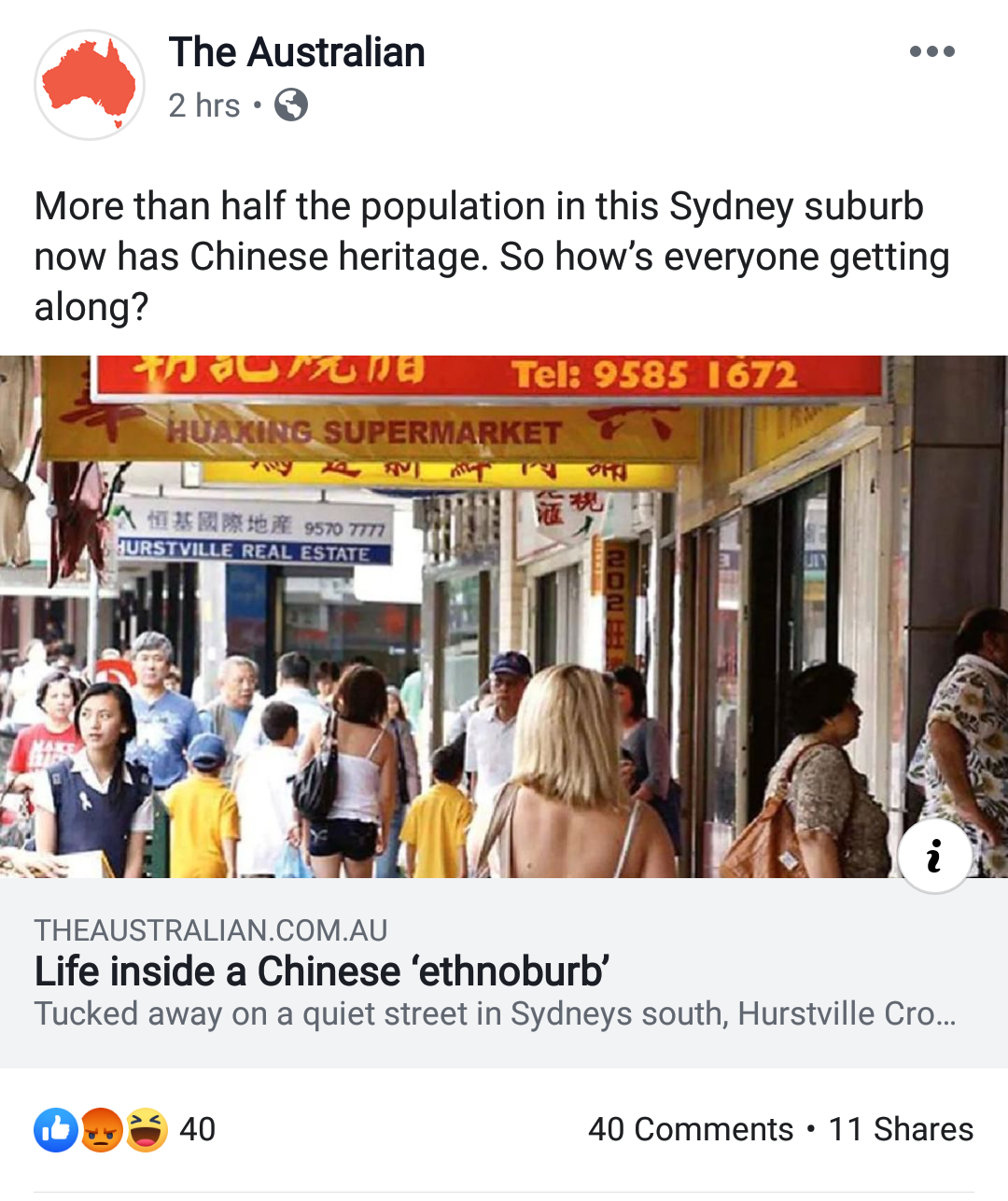 White demographic replacement has been a singular obsession for Jews since World War II, underpinned by this theological belief that eradicating Christian civilisation will bring about the Olam Ha-Ba, the Jewish-led messianic world to come.

But not for Israel.

Recently, the anti-white, anti-Christian hatred at the core of the agenda is becoming more blatantly obvious, and more absurd.

A statue titled The Aboriginal and His Horse was dedicated last week in Tzemach 101 years after the fateful battle, in honour of the Indigenous soldiers who fought and fell in WWI 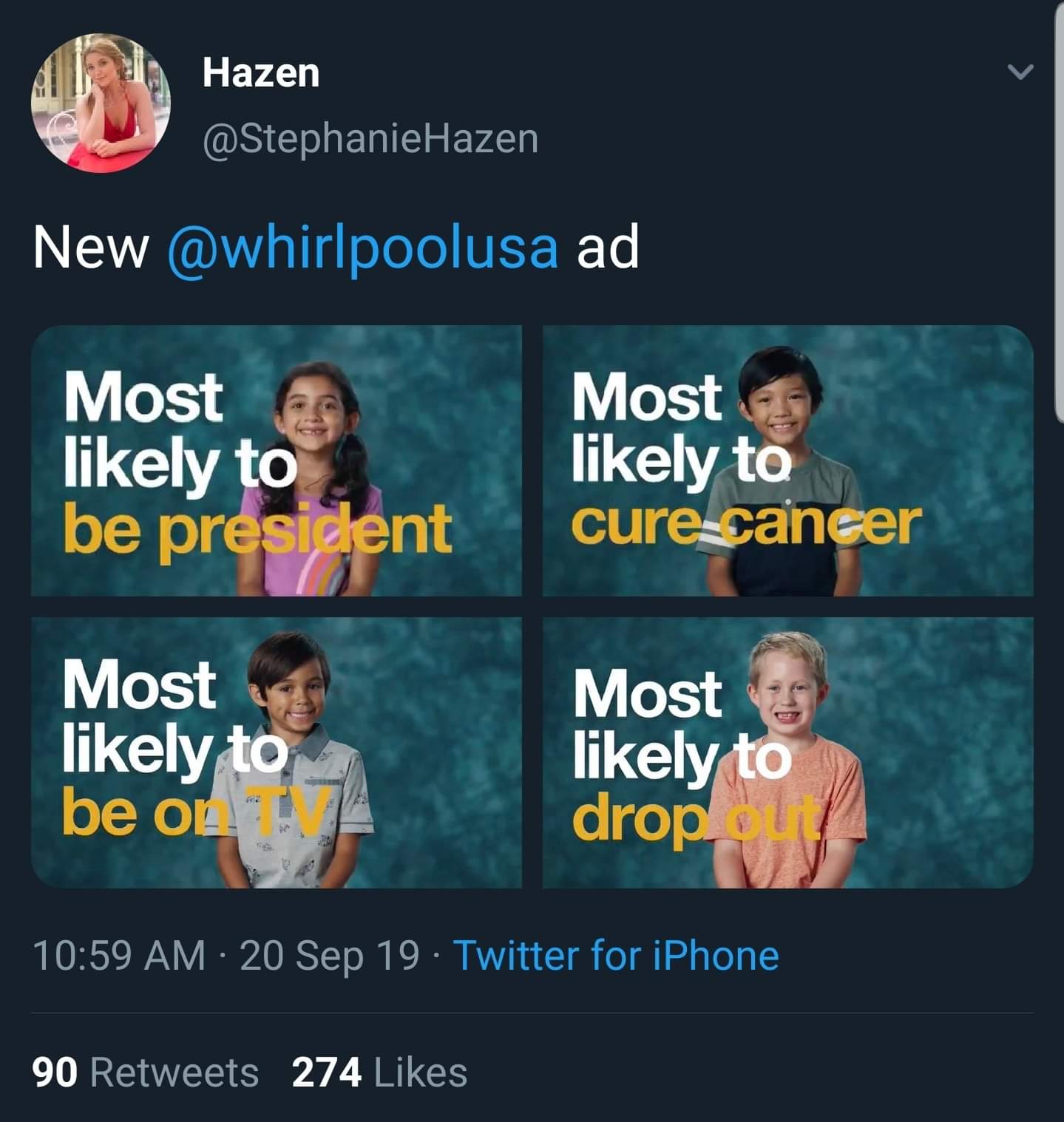 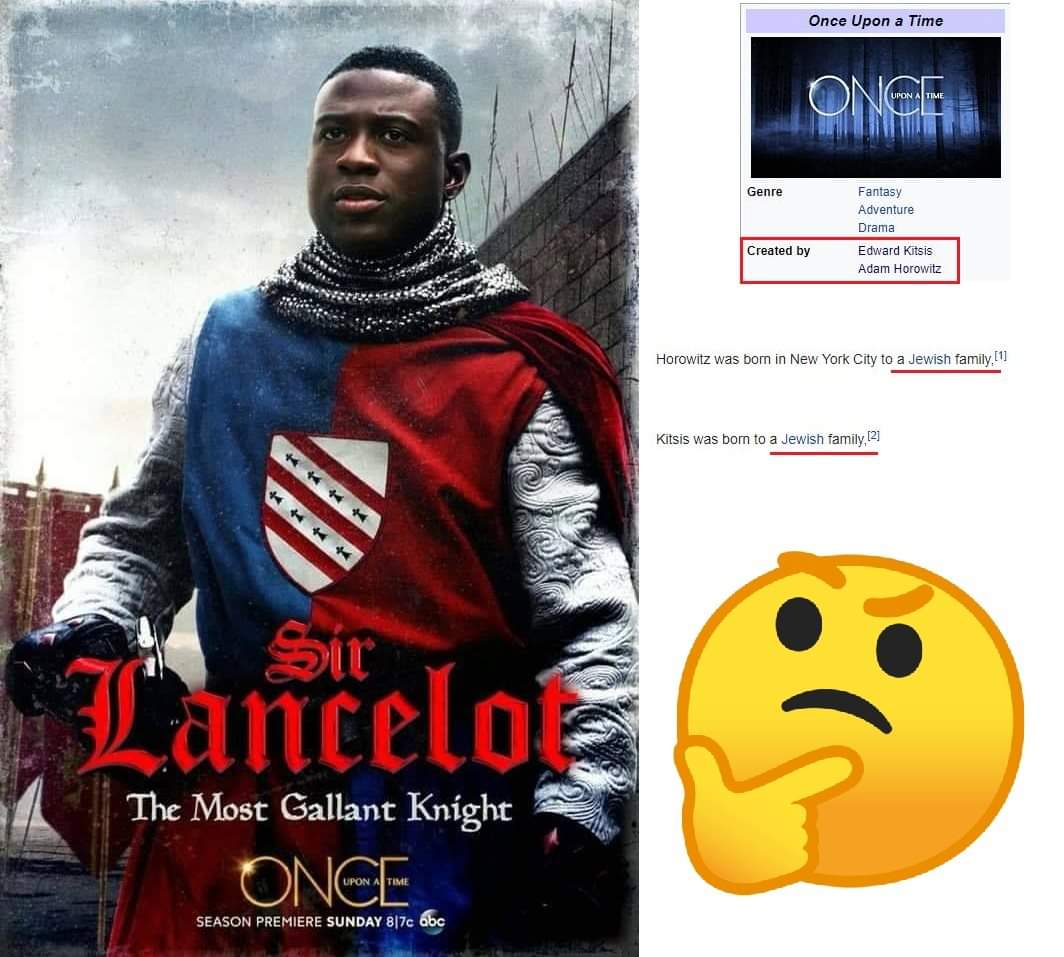 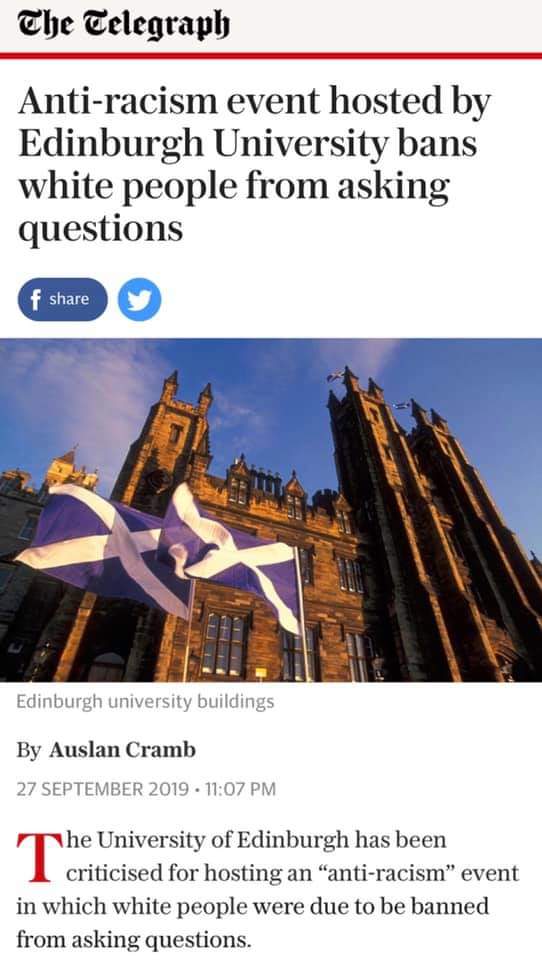 Of course, this is not happening because there’s a secret Jew operating in every marketing department in the West directing the anti-white agenda. There are Zionist Jews fervently opposed to the cultural Marxist interpretation of Tikkun Olam, because it reduces support for Israel. Rather, the anti-white agenda we’re now seeing everywhere is due to ideological saturation throughout our education systems of beliefs which ultimately go back to radical Marxism and the concept of Tikkun Olam.

Jewish ideological utopianism can be traced back to the failure of the Sabbataean movement in the 17th century. Sabbatae Zevi was a Jew who lived under the Ottomans and proclaimed himself moshiach (Messiah). Half the world’s Jews at the time followed him and believed the Olam Ha-ba had finally arrived. In 1666 though, the Ottoman sultan gave Zevi an ultimatum: convert or die. He and many of his followers performed a fake conversion to Islam, becoming the crypto-Jewish donmeh community still present across the Middle East today.

After this, most Jews in Europe gave up on waiting for their G-d to send a moshiach and bring them back to Israel to rule the goyim. Instead, the over-riding concern became for Jews to stop waiting and instead begin working to create the utopia themselves.

This supremacist belief in a racial destiny to fix the brokenness of the goyim by becoming our spiritual and eventually political leaders is openly acknowledged by Jewish organisations like the powerful Chabad Lubavitch. From their Kabbalah resources meant for English-speaking Jews:

“It is the task of the People of Israel to bring the glory of G‑d’s kingdom to all of creation, even to the nations of the world, and the offering of the seventy bulls on the festival of Sukkot is in order that the influx of G‑d’s kingdom flows to all of the seventy nations… Divine influx, the consciousness and intensity of awareness of divine sovereignty flows into the world through the spiritual leaders of Israel to the People of Israel to the nations of the world to all of Creation.”

According to the Kabbalists, the concept of tikkun originates from the belief in Kabbalah that Jews collectively can put G-d back together again, Voltron-style, and heal the world (Scholem, 1965, pp. 115-116).

Kabbalistic Judaism places much emphasis on inversion. The redemptive narrative of Kabbalistic Judaism is one of Jewish ascendancy after the nations are destroyed. In order to destroy the nations, though, all the institutions and cultural forms of the Christian goyim must be debased and corrupted. 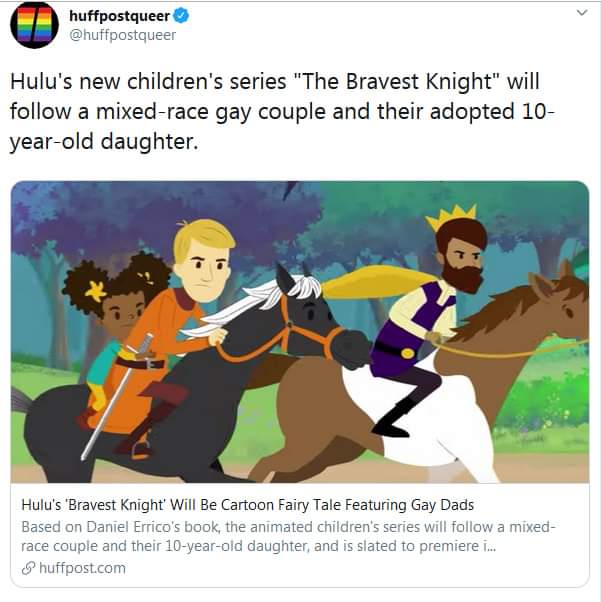 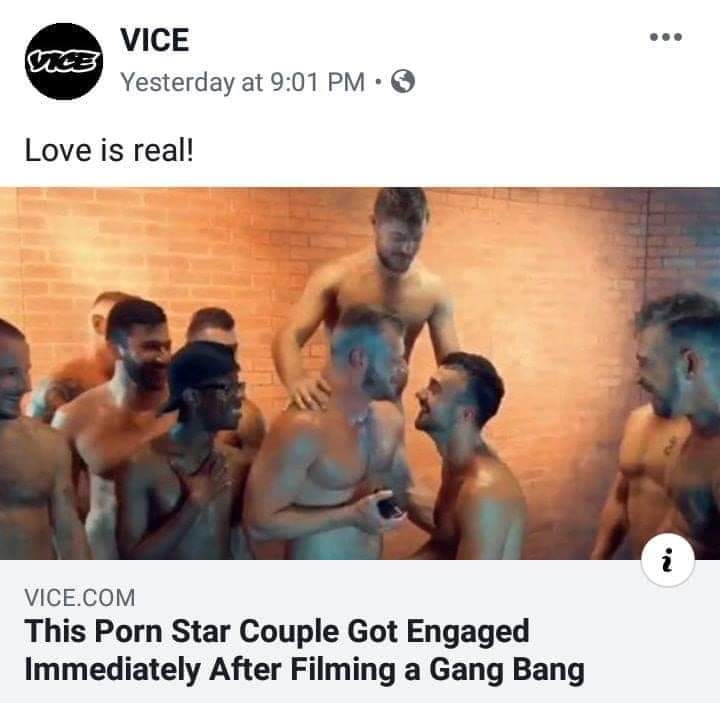 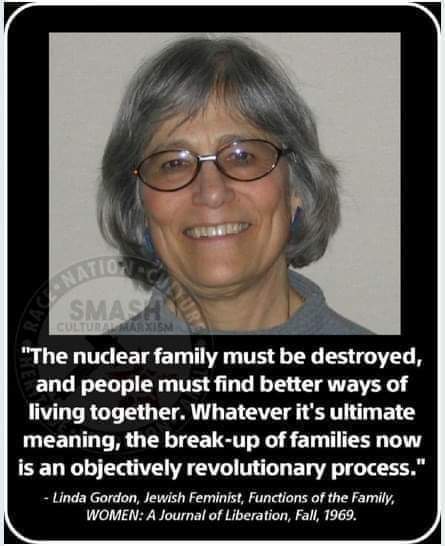 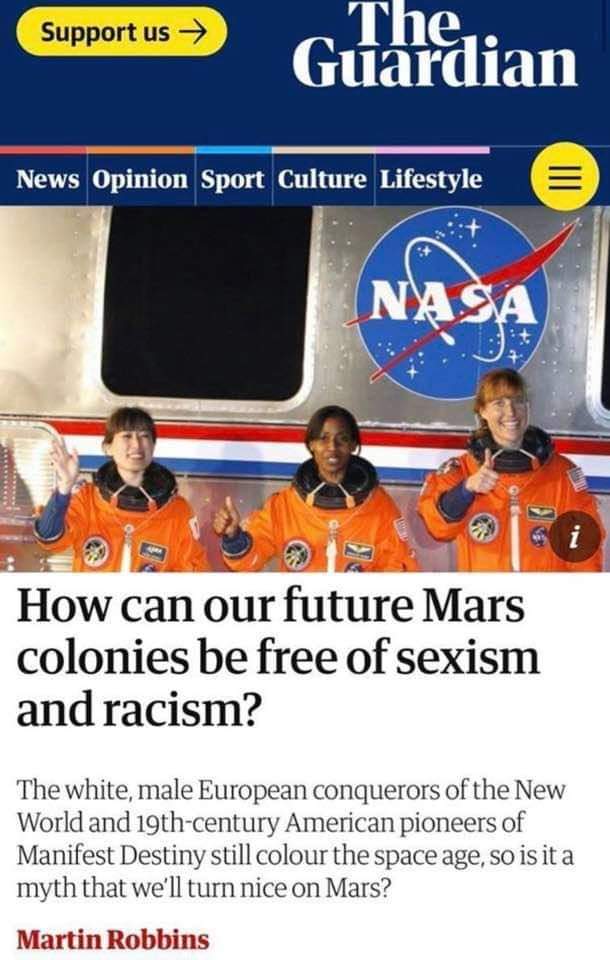 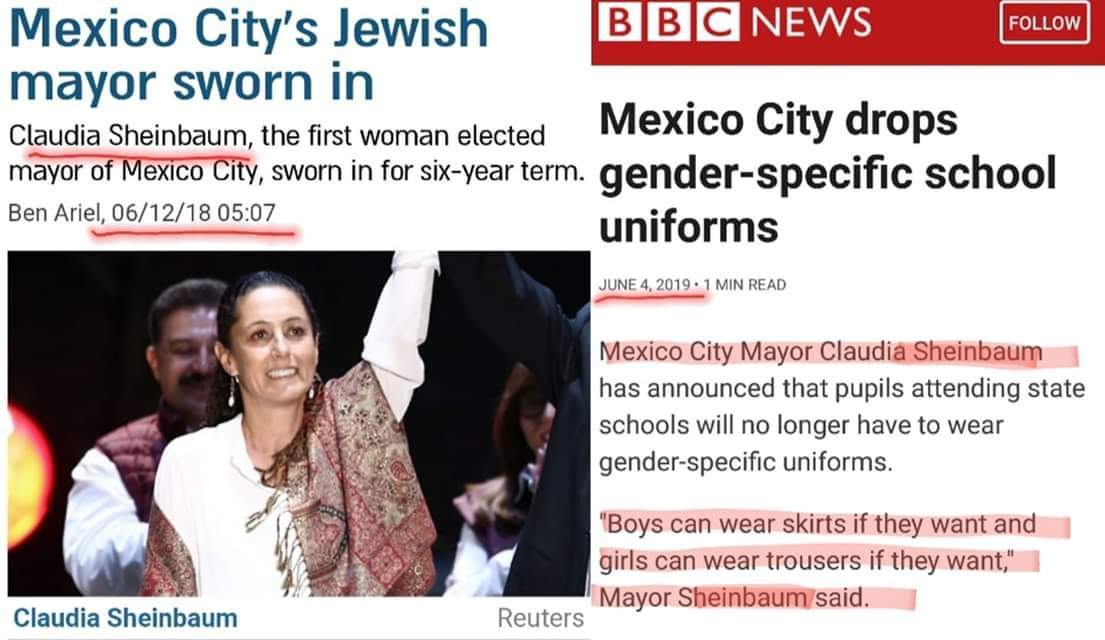 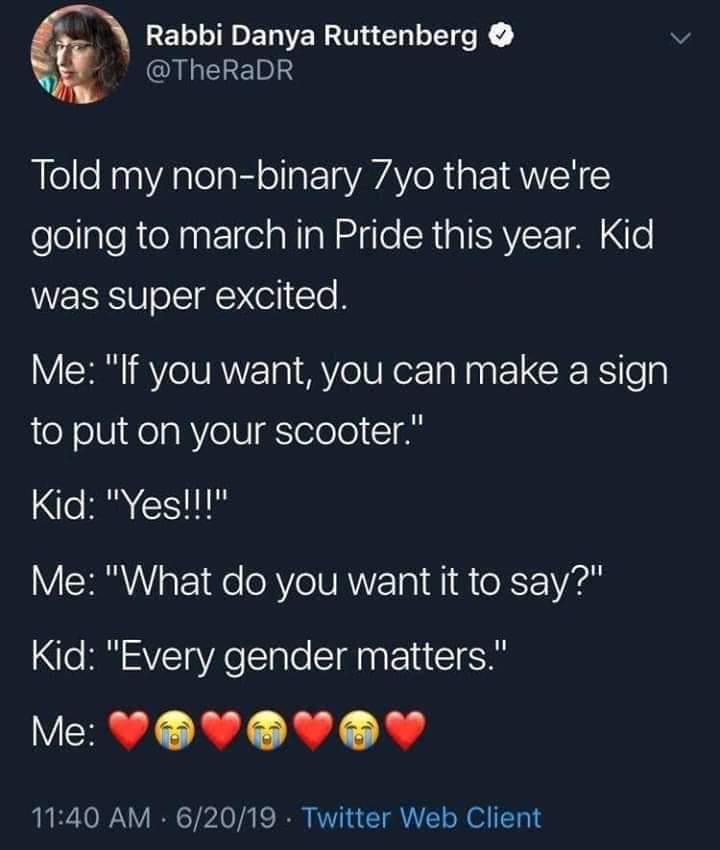 Innocence itself must be eliminated in order for the age of righteousness to be born. 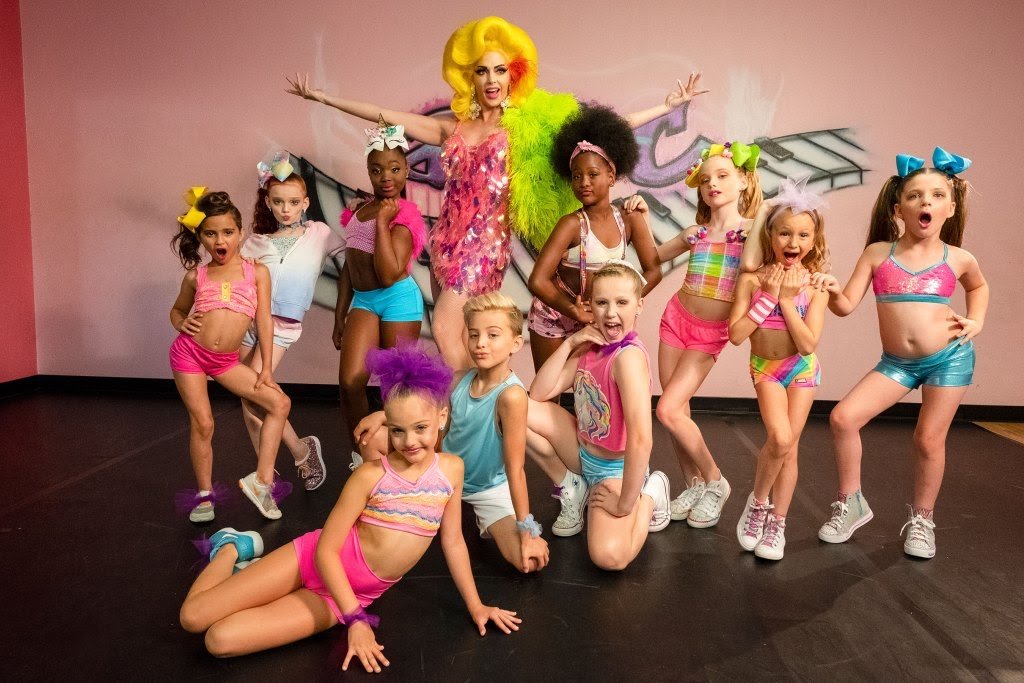 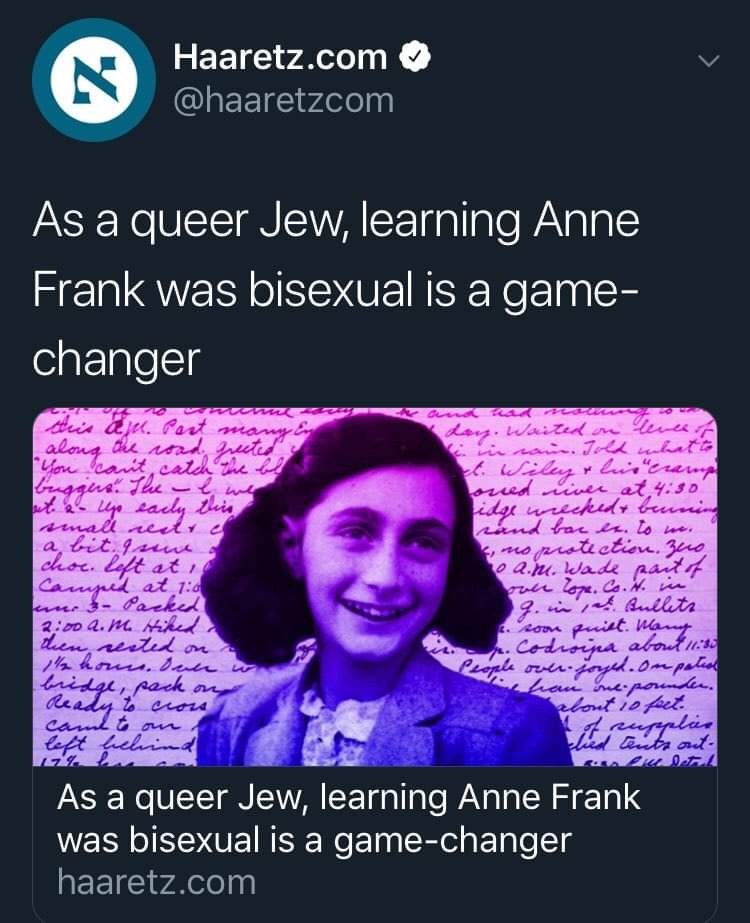 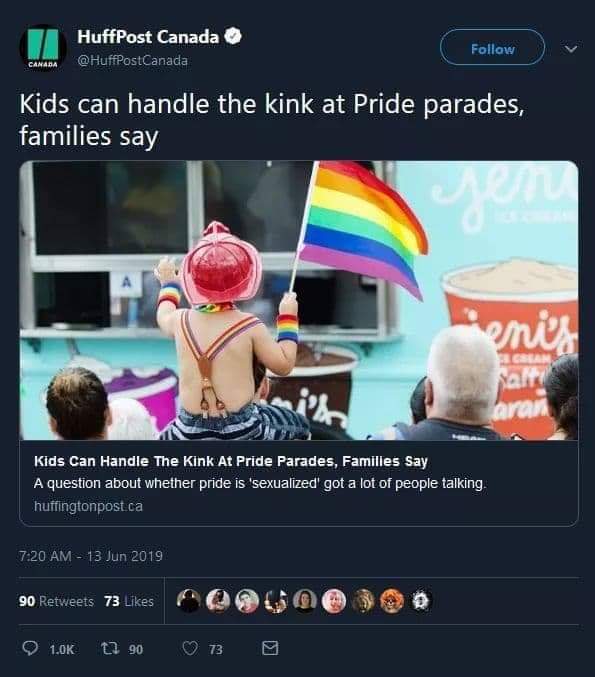 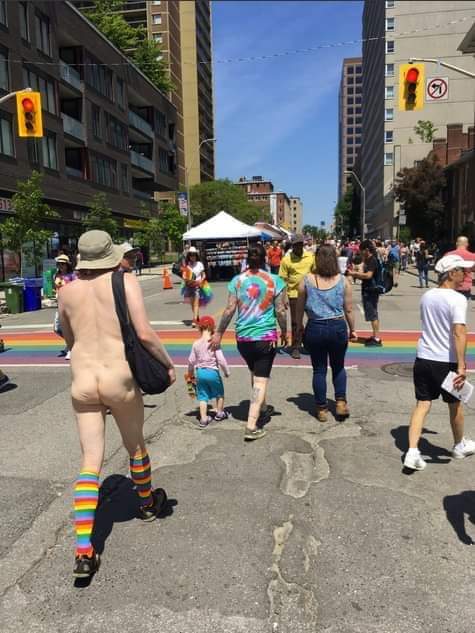 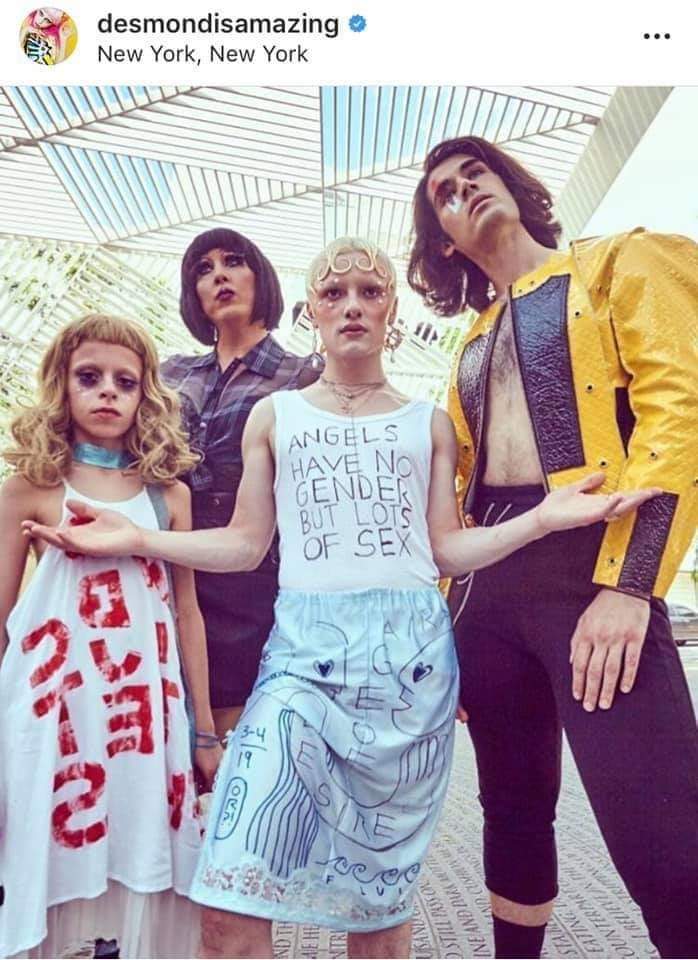 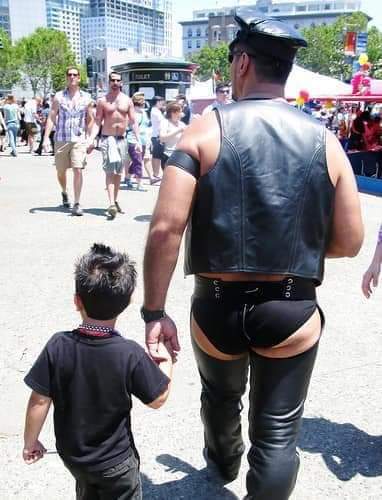 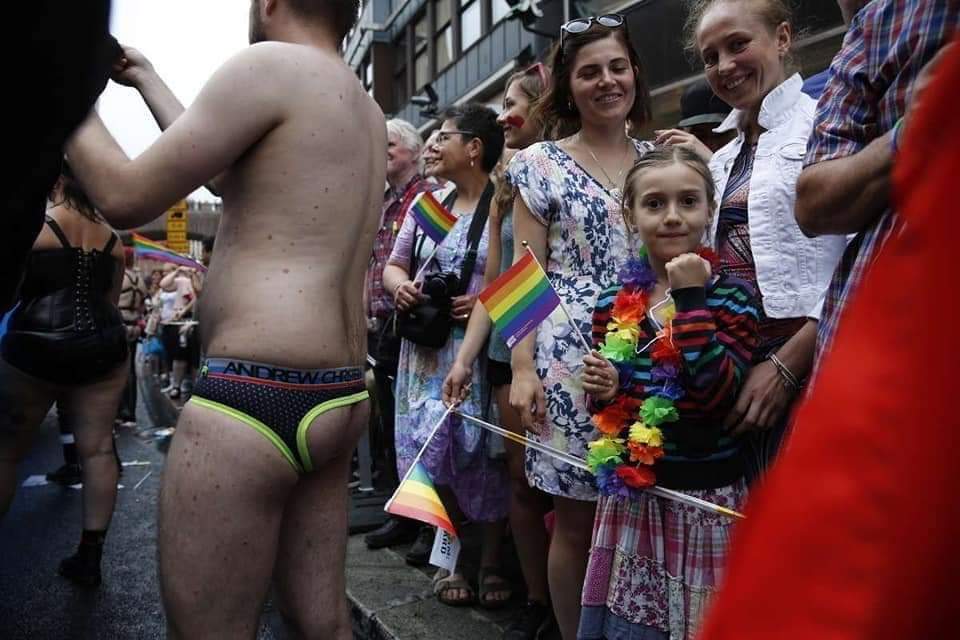 Thanks to the fusion of Freudian and Marxist philosophy, any attitude or cultural norm which leads to any group or individual being judged or critiqued in moral terms needs to be eradicated in order to bring about the brave new world of infinite tolerance, diversity and harmony. 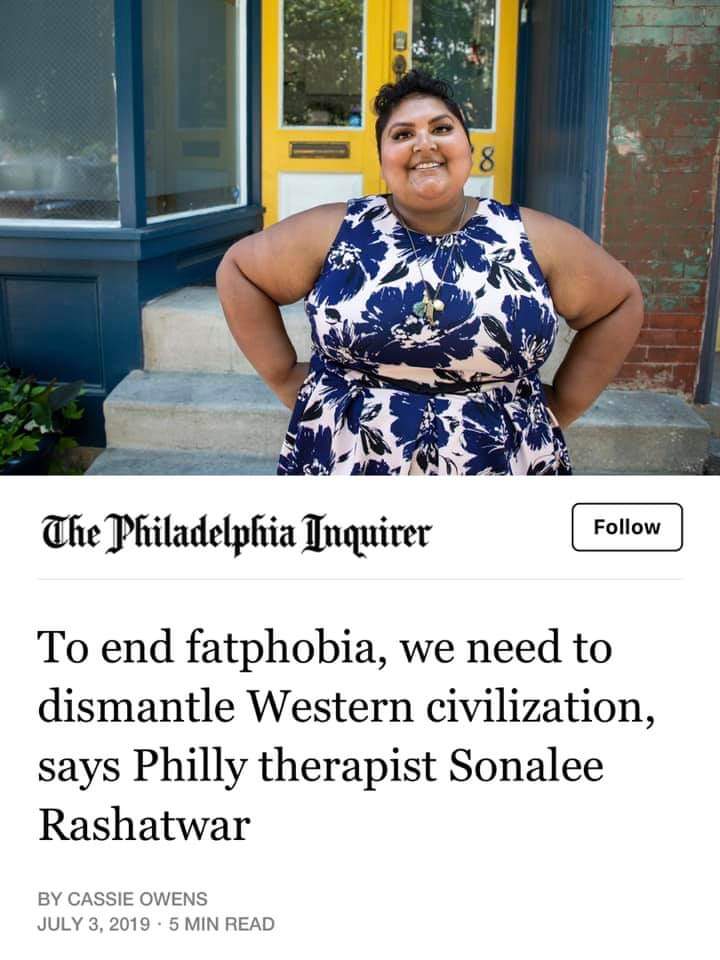 “What would it look like to integrate these commitments? What would it take for synagogues, day schools & summer camps, to invest wholeheartedly in both racial justice and LGBTQ equality?” write @JoyousJustice & @KeshetGLBTJews‘s Idit Klein:https://t.co/7uVInCVtY0

This is Tikkun Olam. That’s where the cultural revolution we have experienced over the last 50 years comes from: a utopian religious belief that Christian morality causes the injustice and suffering in the world, and it is the unique role of the Jewish people to destroy it by tearing down all distinctions, all means of discrimination, between people, so as to redeem the world and simultaneously protect the Jewish people from anti-Semitism forever, by making it impossible.

The agenda is to overthrow is the moral law of the God as expressed in the Bible, and replace it with a society arranged along Luciferian principles.

250,000 march in largest-ever Tel Aviv Pride Parade: “We will continue struggling until we see full equality in Israel!” https://t.co/Jt0k9N5zi0 pic.twitter.com/5rqsfYpbuw

Christian Zionists are also fond of criticising Islam as a political ideology, not a religion. Again, that may well be so. But so is Talmudic Judaism. It is the spiritual mother of the ideological abominations of modernity.

It goes without saying, of course, that this problem of anti-Christian subversion of Western culture is an ideological and spiritual one. It is not a ‘Jewish problem’. The problem is not a group of people. The problem is with toxic, supremacist beliefs which emerge from Talmudic Judaism, and deserve to be challenged due to their disastrous effects on the West.

There are Jews who despise Tikkun Olam, or at least choose not to understand it in such Satanic terms as the cultural Marxist Jewish left. As Christians wake up to the many deceptions carried out upon the people of the West since World War II, we must remember that while the Jews are our enemies on account of the gospel, they are beloved for the sake of the patriarchs (Romans 11:28).

We must love them, but we must also face a harsh and bitter truth if we are to take back our culture for Christ.

They hate us, because they first hated Him.