Several crazy people have been detained in relation to a shocking mass murder at multiple mosques in New Zealand today, Friday 15 March, 2019. One of the alleged killers is an Australian, and a graphic video is circulating on the internet of the massacre, which would appear to demonstrate special-ops level precision.

The XYZ condemns any act of violence, and we condemn the actions of the person or people who have committed this massacre.

Below is a press release, in full, by Senator Fraser Anning on the matter:

“I am utterly opposed to any form of violence within our community, and I totally condemn the actions of the gunman,” he said.

“However, whilst this kind of violent vigilantism can never be justified, what it highlights is the growing fear within our community, both in Australia and New Zealand, of the increasing Muslim presence.”

“As always, left-wing politicians and the media will rush to claim that the causes of today’s shootings lie with gun laws or those who hold nationalist views but this is all clichéd nonsense.”

“The real cause of bloodshed on New Zealand streets today is the immigration program which allowed Muslim fanatics to migrate to New Zealand in the first place.”

“Let us be clear, while Muslims may have been the victims today, usually they are the perpetrators. World-wide, Muslims are killing people in the name of their faith on an industrial scale.”

“The entire religion of Islam is simply the violent ideology of a sixth century despot masquerading as a religious leader, which justifies endless war against anyone who opposes it and calls for the murder of unbelievers and apostates.”

“The truth is that Islam is not like any other faith. It is the religious equivalent of fascism. And just because the followers of this savage belief were not the killers in this instance, does not make them blameless.”

“As we read in Matthew 26:52, ‘all they that take the sword, shall perish by the sword’ and those who follow a violent religion that calls on them to murder us, cannot be too surprised when someone takes them at their word and responds in kind,” Senator Anning concluded. 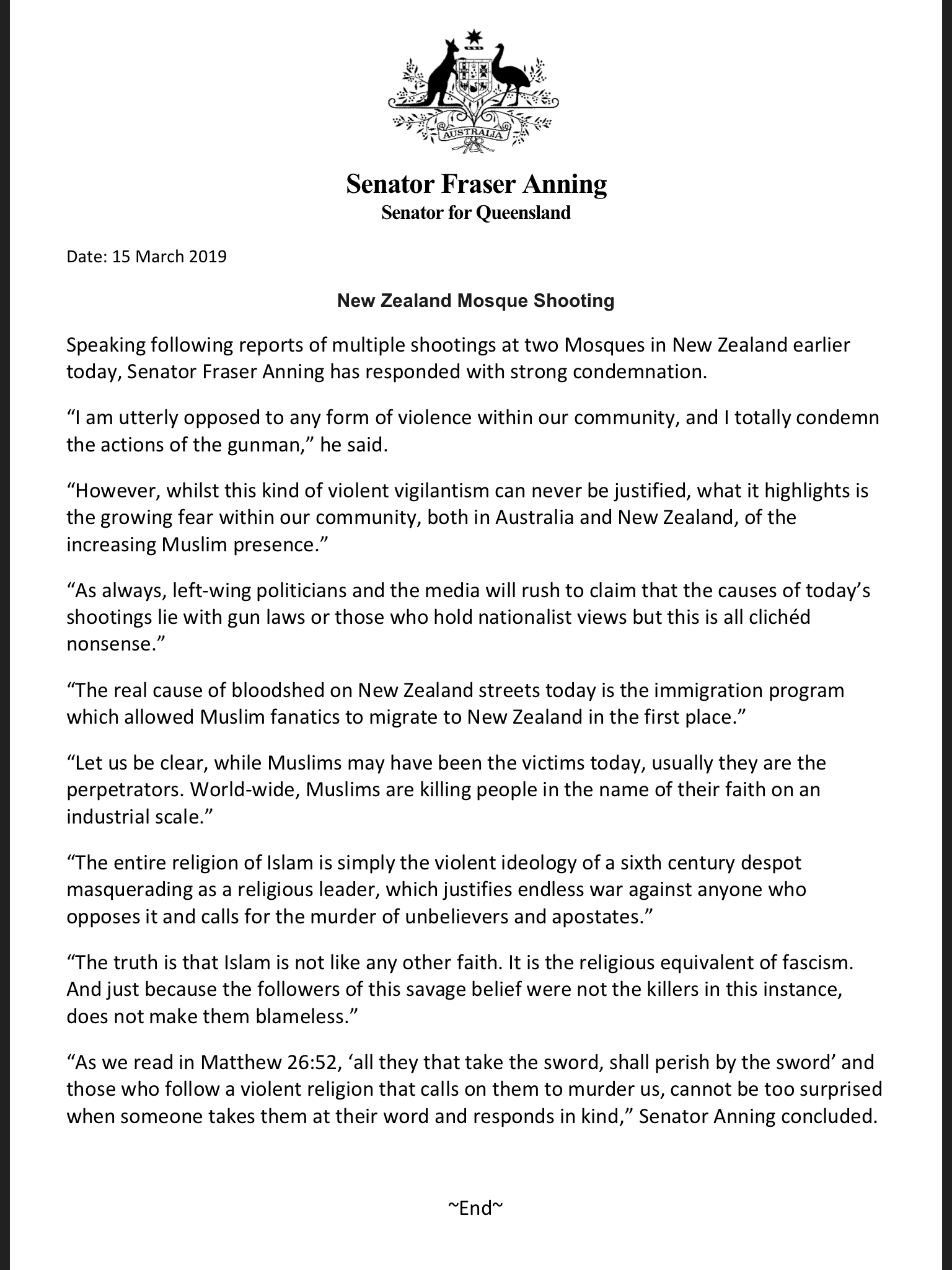 Update: Senator Fraser Anning has since received a temporary ban on Twitter: 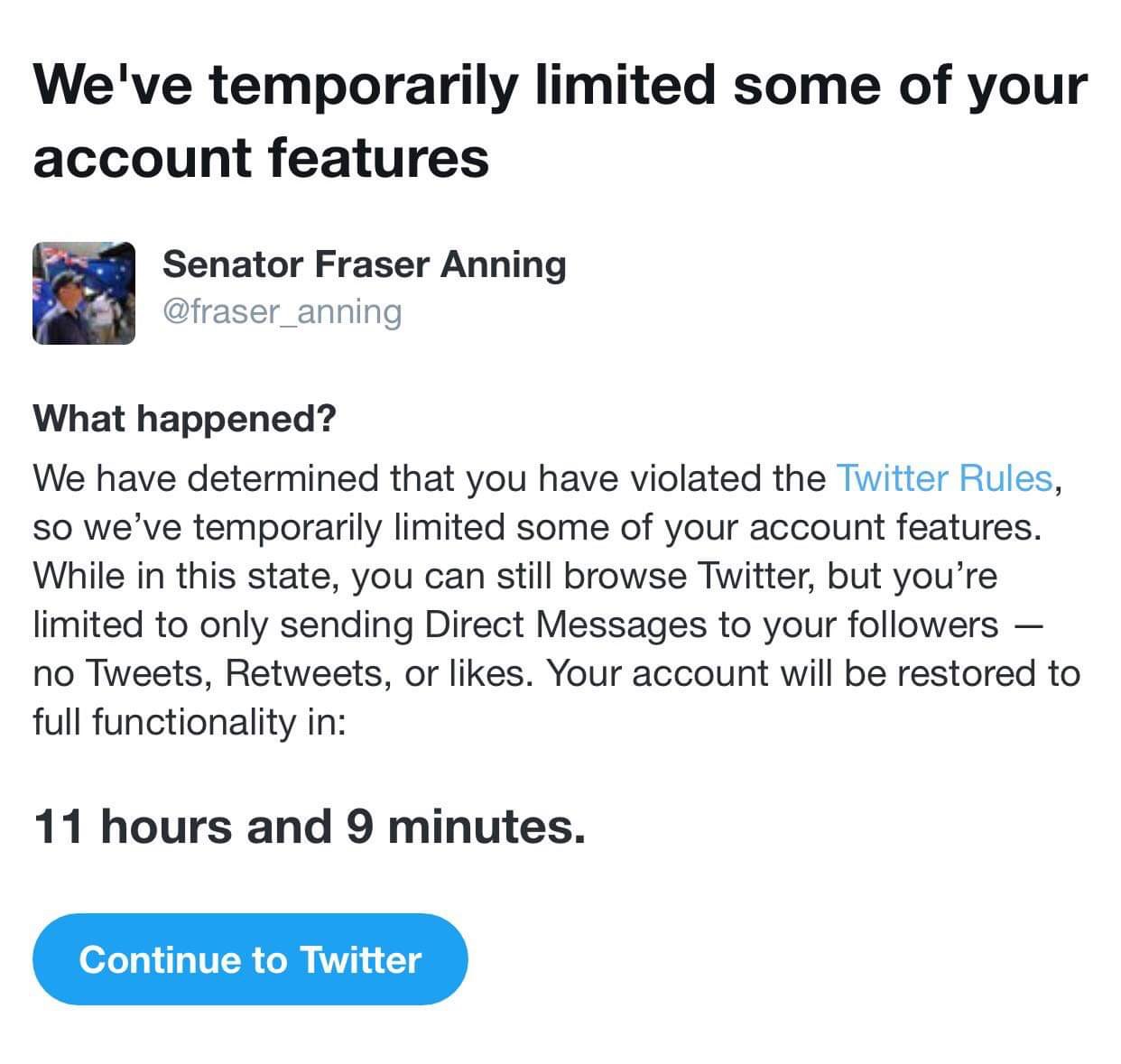