Channel 10 is basically the ABC with ads for tampons, and The Project is what Q&A would be like if the ABC didn’t have to go through the pantomime of pretending to adhere to its charter.

So I generally avoid it for the same reason I avoid soy.

Except they had Serena Williams on last night. She’s kinda clickbaity.

Lisa sits down with Serena Williams to chat about her incredible career, her friendship with Meghan Markle, and how she’s enjoying motherhood.

Posted by The Project on Sunday, 23 September 2018

I tuned in just before 7 to see them all being obsequious to Kerryn Phelps. When a lesbian leftist doctor who is trying to do a Maxine McKew and knock Tony Abbott out of his seat, you’d better believe they were being obsequious. So much concern that preferences might flow to someone who voted against gay marriage. Such virtue signalling. Wow.

When Phelps left, they buttered up Lisa Wilkinson, discussing reports in some far left rags that maybe she should get into politics. One of her fellow hosts implied that she would do a better job of representing her electorate than Tony Abbott. “Do it” they told her.

After the break, the big show. The Project had spent a couple of months setting up their interview with Serena Williams, and they had it set for 3 days after the US Open Final. That was the Final where she got out-diversitied and outplayed by her Blasian opponent, got caught cheating, chucked a tantrum, was penalised, chucked another tantrum, penalised again, lost, chucked another tantrum. Then Mark Knight drew an accurate representation of her in a cartoon, and everybody on the left chucked a tantrum.

Naturally, Wilkinson described her as brave for turning up to the interview.

After another break they finally got to the tennis. She asked her about her coach and how he was trying to help her cheat. She denied that they even had hand signals set up, she hadn’t seen it, and she never cheated. I didn’t believe her. I would have grilled her over the fact that she appeared on court to jump from one lie – ‘I never cheat because I have a daughter’ – to another – ‘men do it much worse, so I should be allowed to be coached too’ – which not only contradicted her previous lie, but also appeared to confirm that she was in fact cheating.

Instead they talked about their feelings, Wilkinson asked her about the difference between the response from Billy Jean King who supported Williams and Martina Navratalova who did not, and Serena said that she is someone who has ‘always supported women no matter what’.

That, right there, is why she is a spoilt brat who refuses to accept the consequences of her actions.

It is also why our civilisation is falling apart.

In the midst of all this supportive feelings nonsense, her publicist had stepped in and warned her not to ask too many questions about her last game of tennis. Nothing will save you from the SJW rage mob, and no amount of kid gloves and sucking up will spare you the wrath of a publicist to a so-called superstar who has so many intersections it is like she is some kind of tennis playing multi-freeway-crossroads.

Guess what Serena was for continuing with the interview?

You only get once guess.

Then they talked about breast cancer, Serena Williams singing the Divinyls song I Touch Myself to raise money and “awareness” and Serena gave Lisa a bra. Lisa thanked Serena for all the work she is doing for women.

When they returned to the studio, Lisa Wilkinson explained that they had been warned that if they asked Serena Williams about the accurate representation of her tantrum in that cartoon by Mark Knight, she would walk out.

That was the whole reason I tuned in to this Garbage!

They didn’t use the word brave this time, but instead segued back to that horrible song. Lisa insisted that we should listen to the whole thing in our own time, because Serena can really sing. 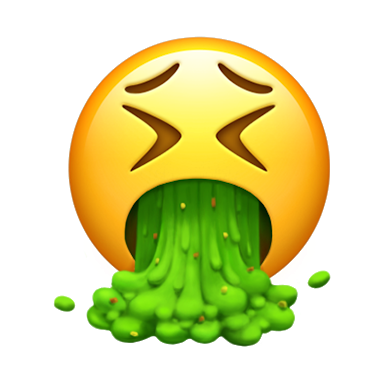 Afterward they had Aussie “local” hero Eddie Wu. Nobody asked him if he was worried that he is perpetuating racial stereotypes by being good at maths. Instead they all looked positively terrified when Eddie said, in response to a question about whether he gets recognised in public, that he has “a very common face”.

He tried to assuage their fears that it was ok, because he said it, not them, but I doubt any of them slept well last night.

At least we don’t have to pay for this crap.