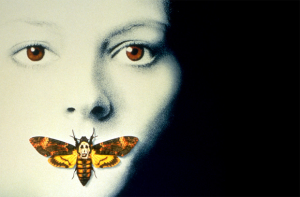 The continued silence about the male free-for-all in Cologne on New Year’s Eve, from those who are usually oh-so-quick to find sexism anywhere, any time, no matter how trivial, has moved from being curious, to cowardly, to denial of a most intensely silly and malevolent kind.

Whereas the likes of the Fairfax Press, the ABC, and the Guardian, each of whom dedicate whole columns or programs to ‘women’s issues’ would normally be all over an outrage like that perpetrated on the young women who were groped, harassed, robbed, and in two alleged cases raped, in public, at the front of a crowded railway station, by well organised gangs of men who chose their targets and acted in a coordinated way to assault their victims. Young women, older women, a daughter accompanied by her mother, they didn’t discriminate.

If this were Sydney, or London, or New York… If it were a University campus somewhere in the west… if it were a group of young men of Anglo-Saxon background at Bondi Beach…. This would be the biggest story in the universe right now. There would be round the clock coverage on the ABC, Fairfax frightbats would be all over it, the Guardian would be apoplectic, hashtag campaigns would be flourishing. Hell, the Prime Minister winked on radio once… that’s radio, as in when no one can actually see him… and we’ve barely heard the end of it from the frightbats.

Taking newspaper columns, social media, and other forums as a guide, it’s clear the feminists of Australia are far more outraged about cricketer Chris Gayle’s clumsy and sleazy attempt to chat up a female journalist on live TV, than they are about the 170 women who have so far come forward to report crimes of various nature perpetrated on them in the coordinated attacks in Cologne, in which the men involved behaved in a disgracefully depraved way, like a pack of animals no less, intent on treating the innocent passers-by as their sexual playthings.

The silence of the normally so vocal fightbats is bad enough, but it got a whole lot worse when they finally did speak. Clementine Ford, who normally needs only a single word to have a man sacked from his job, tweeted that she is not convinced the news reports are true. Jane Caro, in a rare show of leniency, was looking for excuses, pointing out that whereas around 1,000 men might have behaved “badly” many more did not. Forbes columnist Frances Coppola even claimed it was all a right wing conspiracy designed to turn the German people against refugees.

What could explain this extraordinary ambivalence, this moral cowardice, and desperation to find excuses, from those who are normally merciless in hunting down sexism, real and imagined, and normally so zealous in publicly shaming men behaving badly? Could it be, could it just be, that the men involved in the Cologne outrage are universally described as ‘of North African and Arab appearance’? Could the feminist left really be so morally bankrupt and so insanely blind, as to appear to want to find excuses for, and take the side of, these men involved in real and actual sexism against women, because these men are probably refugees and certainly migrants?

Someone please tell me it can’t be so. Even the frightbats can’t be that… frightful, can they?