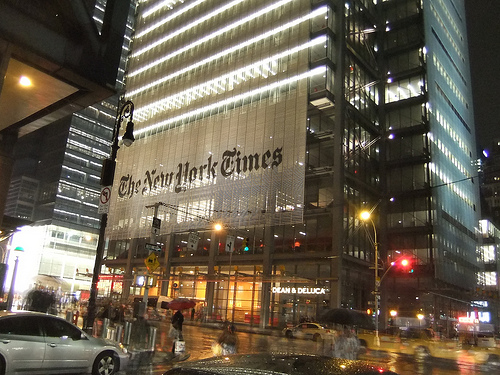 The New York Times, aka. The Opposition Party, aka. Fake News, just did something quite remarkable. They published an opinion piece on Never Trumpers peppered with a few inconvenient truths that they actually frame as inconvenient truths:

“The leaders of the Women’s March, arguably the most prominent feminists in the country, have some chilling ideas and associations. Far from erecting the big tent so many had hoped for, the movement they lead has embraced decidedly illiberal causes and cultivated a radical tenor that seems determined to alienate all but the most woke.”

We see an historic slaying of a few sacred cows. Next they’ll admit that Lena Dunham isn’t funny, Vince Foster received the Frank Underwood treatment, and that people would have preferred cancer of the rectum to the prospect of Hillary Clinton as President. Revenue and distribution must seriously be falling if the New York Times is resorting to something resembling journalistic integrity.