Andrew Torba is the founder of Gab.ai, a libertarian, free speech-oriented alternative to Twitter. As Gab guarantees free speech it has naturally become a home for the edgiest people on the internet, which has naturally drawn the attention of the deep state. Thus after the possible false flag attack against a synagogue in Pittsburgh, big tech coordinated to shut down Gab while the NPC-MSM coordinated to frame the narrative around the usual smear of “nazi”.

Andrew Torba and his family have also, naturally, been subject to death threats. 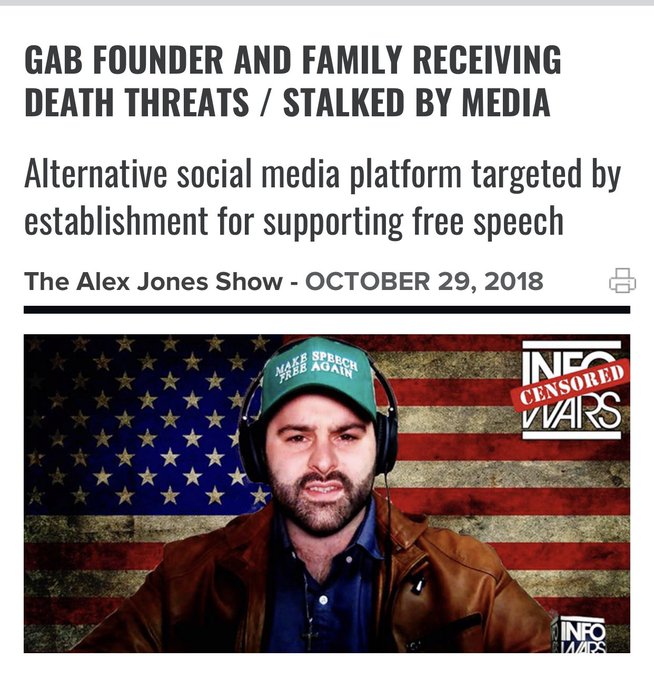 This has now been stepped up, with an alleged attempt on the lives of Andrew Torba’s parents:

Just got a call from my parents—who are not home—their neighbor smelled gas, called the fire company.

Someone turned on the propane tank on my parent’s gas grill, turned the burner on, and let the propane leak out.

This is terrorism, incited by the media.

If found to be true, this would be in line with a pattern of violence from the far-left. Worldwide, Antifa are well known for vandalism and assault:

Recently, a “male feminist” kicked a female pro-life activist in the face:

Fortunately it appears that authorities in Australia, at the very least, may be moving to crack down on socialist violent extremism. As The XYZ reported earlier this week, the terrorist network Slackbastard, which deliberately publishes the personal details of conservatives who publicly express their views, with the aim of making it easier for terrorist members of Antifa to intimidate and assault them, may have been shut down by the federal police.

We would hope US authorities will move decisively to investigate this claim by Andrew Torba. It is vital that the perennial threat of violence against conservatives from the far left is removed, so that we can continue the task of renormalising traditional values without having to take extra steps to protect the ones we love.