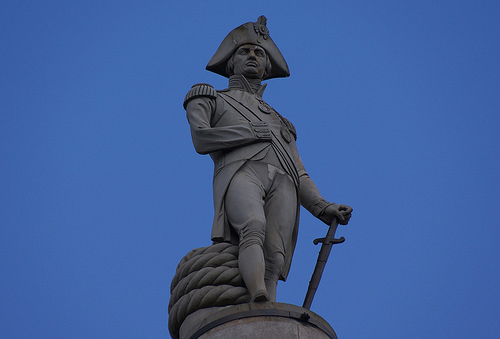 The treacherous renowned socialist, Prime Minister Malcolm Turnbull, has used refreshingly honest language today, in a strong rebuke to the threat of the worldwide movement to destroy statues celebrating Western history from reaching our shores:

“Malcolm Turnbull has labelled the push to change inscriptions on colonial statues as a “Stalinist exercise”, saying such a move would “horrify” most Australians.

“Speaking on 3AW this morning, the Prime Minister said the statues of James Cook, Arthur Philip and other early settlers were part of Australia’s history, and to alter or remove them would represent a “white-out” of the past…

“Mr Turnbull said Mr Grant’s call would “horrify” many Australians, and said a better solution might be to erect further statues to add to knowledge of the nation’s history.

“I am admirer of Stan but he is dead wrong here. All of those statues are part of our history,” he told 3AW.”

At the very least, this latest example of Turnbull’s signalling to the right is proof that the DelCons matter, and gives Turnbull a seat at Nikita Khrushchev’s table.

“Asked on 2GB about whether preschool aged children should be taught that Australia was invaded by the English, Mr Abbott said: “The last thing we need is propaganda being taught to kids as fact and it can happen in all sorts of subtle ways.”

Former Prime Minister John Howard has been a reliable defender of Australia’s British heritage for years, and has responded unequivocally to queries from The Australian:

“Dismissing calls to change the date of Australia Day or start correcting inscriptions on statues from the colonial era, the former Liberal prime minister said British settlement had been “undeniably very good for Australia”.

“While emphasising he did not mean to be offensive or convey a sense of triumphalism, Mr Howard said colonisation of Australia’s land mass was inevitable, and British settlement was a far better outcome than other possibilities.

“He told The Australian that colonisation had transferred the best of British things such as the English language, rule of law, a free press and Western civilisation with a certain sense of humour.

“Their settlement policies, their colonial policies, were not without fault, but they were infinitely better than the alternatives from around the time,” Mr Howard said. Other “bad” parts of British life, notably class divisions and the aristocracy, were explicitly rejected, and Australia could have turned out very differently under a different colonial power, he said.”

Even socialist Graham Richardson has demonstrated a nationalist streak:

“For thousands of years slaves were widely used. The Roman Empire, which basically controlled the whole of the then known world, had slaves. Romans loved to watch people being eaten by lions. Should we no longer acknowledge Caesar, Cicero, Octavian, Marcus Aurelius et al because they had slaves? To eradicate the Roman Empire, we will have to forget hundreds of years of history. Yet this is a natural consequence of the blind revisionism of the statue destroyers in the US.”

Black Pigeon Speaks has produced an excellent video demonstrating that the push to eradicate European history is actually a global phenomena:

It is here that we reach the crux of the matter. In pushing to remove symbols of European history from public display, Cultural Marxists are helping regular Westerners join the dots. It is white history which is being destroyed, because the left hates white people. This will in turn radicalise civic nationalist conservatives to become aware of their identity, and to embrace it without apology. As such, the left is overplaying its hand, and not a moment too soon.