Last night I attended the Lauren Southern and Stefan Molyneux event at La Mirage Reception in Melbourne’s far north. I was joined by a strong and growing army of mostly young reactionaries and conservatives who don’t want Victoria to be transformed into a Balkanised socialist state.

We also had company from a small rabble whom I understand the police did a stellar job protecting from the vigorous self defence we would have applied had they gotten too close. Media reports suggest there were 200 of them. I estimate there were only about 50 of them outside the gates. That would make $1360 per protestor. Perhaps we should bill them..

I reckon I did recognise that creature second from the right outside the gates: 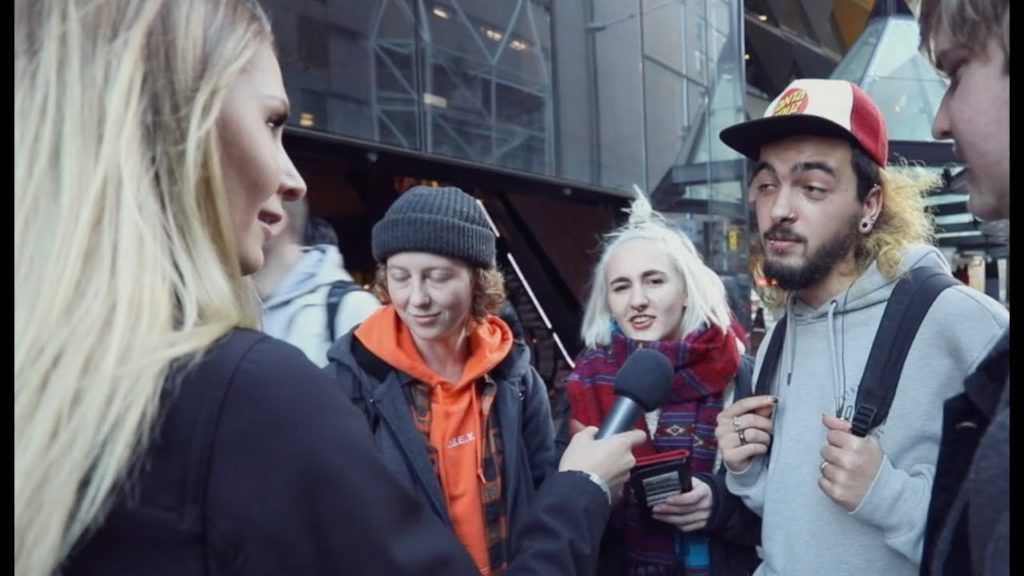 I also realised where her hairstyle comes from:

All jokes aside, the police did a tremendous job maintaining public order, and I thank them for it.

Lauren Southern wore a stylish black dress and white jacket, and looked very pretty. Several far-left terrorists interrupted her talk, two of whom tried to rush the stage. To be honest it was what the crowd wanted, as we collectively witnessed the reasonable application of force against murderous subversives which the state’s monopoly on violence currently prevents us from wielding. As such, we contented ourselves with baying for their blood.

Antifa ran and tried to dive on top of Lauren during her speech. Security stopped it at the last second. Shocking scenes pic.twitter.com/nBtE02Nnoc

Her talk itself was a dissection of the concept of multiculturalism. Two key points stuck with me. Firstly, multiculturalism is a “Western” value, (although some may argue it is not Western at all) and encourages people from outside the West to move here. Yet, we are weak in asserting Western values, particularly when people who do not share our values emigrate to the West and assert their own. This makes multiculturalism unsustainable, as the environment which led to the preeminence of multiculturalism itself will allow the most assertive culture to achieve dominance.

Thus, one way or another, a monoculture must re-emerge.

Secondly, a consequence of multiculturalism is that various ethnic groups come to the West and form ethnic enclaves. This is actually how nations are formed – people of a distinct ethnic group come together in a distinct geographical region and form a community among their own kind. Thus the application of multicultural ideology leads to the reassertion of ethnic nationalist reality.

Overall I found the argument to be watertight.

Stefan Molyneux did not shy from centring his talk around the most contentious aspect of Australian politics and history; the clash of European and Aboriginal peoples and culture that occurred at Australia’s founding.

He set the scene by highlighting the importance of doubt to the progress of civilisation. Doubt drives us to search for the truth, to question, to test hypotheses and to change course when presented with facts and evidence, and is what drives a civilisation forward. Those groups who are certain about the truth, but wrong, do not progress and are vulnerable to those who have progressed through their willingness to question.

This is why European civilisation was able to flourish in a tiny fraction of the time period aboriginal people are said to have been in Australia. Aboriginal culture enforced an unchanging version of the truth as told in the Dreamtime fables, thus a culture which enforced the equal distribution of wealth and forbade agriculture (both socialist and environmentalist) left its people at the mercy of fluctuations in their natural environment and culnerable to any more advanced civilisation which happened to discover the wide open continent of Australia.

He pointed out some of the horrors inflicted upon aborigines by their own culture, including startling rates of infanticide (this included a dingo joke which was the highlight of the evening) brutal treatment of women and the literal torture of their coming of age ceremonies. He contrasted the so-called massacres of aborigines by Europeans with the horrors of the Arab slave trade (200 million dead), the Islamic invasion of India (80 million dead) and the Mongolian invasions of everywhere (40 million dead). I am uncertain if the low figure of aboriginals directly killed by Europeans that he quoted was intentional or serious, but he assured an audience member in the Q&A that he would do a video presentation which included his sources.

The point he made from this was that the characteristics unique to Europeans which propelled us forward in a search for the truth – empathy, the doubt which pushes us to search for the truth – is the same characteristic that makes us so uniquely vulnerable to those who would use our innate empathy against us. The Arabs have never apologised for the horrors of conquest or slavery, and the Mongols hold immense pride in Genghis Khan’s legacy. The British had the greatest empire of all, yet we are guilt tripped over the supposed crimes of our forebears and shamed into making recompense.

It is a giant con.

I was impressed with this argument as it leaves an important trail of breadcrumbs to whom is behind this con.

I differ in emphasis from Molyneux with regard to his remedy: He states that he will not hear only of the crimes of white people to the exclusion of others; we should be more assertive in our admiration of those who came before us who can inspire us to great things (which he distinguishes from pride which he says leads to laziness); while returning to the doubt which he says is becoming absent in our culture in the wake of postmodernist certainty that there is no such thing as truth, facts and certainty.

It seemed odd to me to conclude with a return to doubt. It made an interesting starting point, as it motivates the search for truth and progress, as it leaves us still vulnerable to the guilt levelled at us by those determined to parasite off us. Instead, I advocate the Mongolian approach: 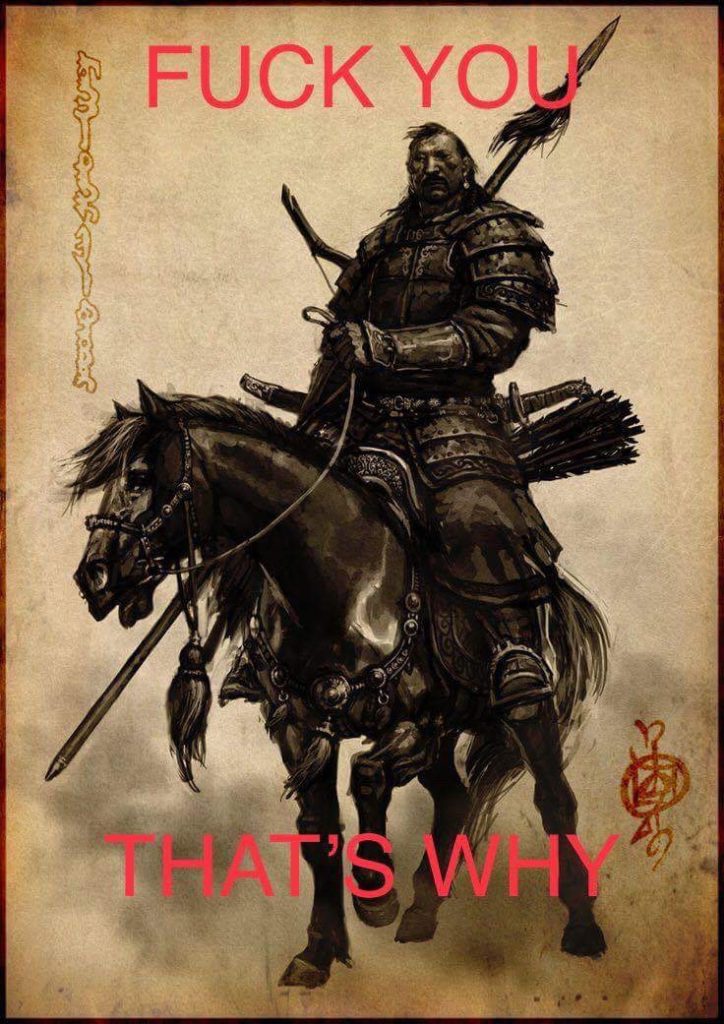 As people of British heritage, we are descendants of the men who built the greatest empire the world has ever seen. We are immensely proud of this, we hold great admiration for our ancestors, and we hold no regrets. We will remain true to our fearless pursuit of the truth, because this dedication to the truth is inherent to our culture, which is another way of saying that the pursuit of truth is inherent to our race. 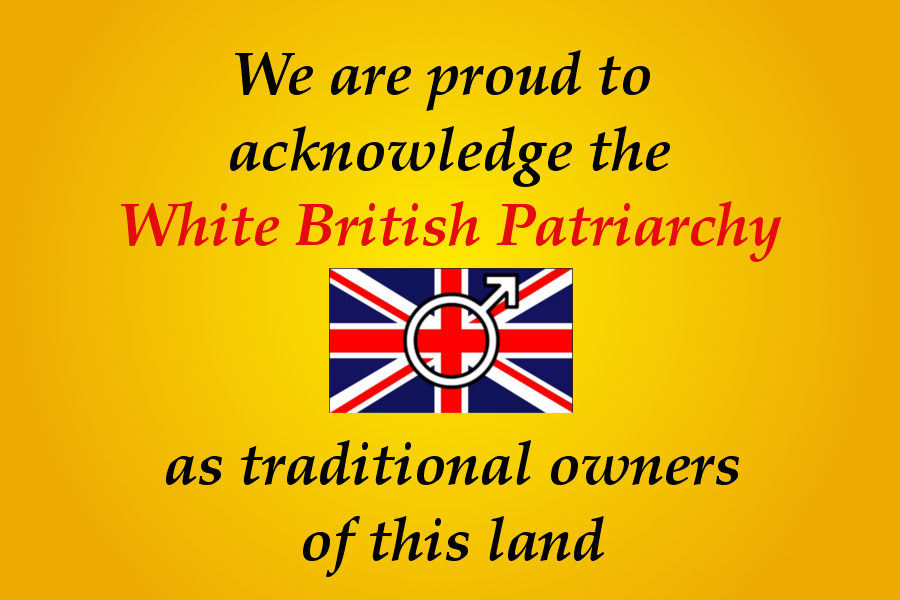 Interestingly, Matty’s Modern Life was bold enough to ask Molyneux, “If politics is downstream from culture, is culture downstream from race?” in the Q&A. Molyneux responded that it was definitely a topic worth considering.

It was a great night, with a different feel to the Milo event, which felt like a rock concert, and the Peterson event, which felt like church. This was more laid back, with people chatting and ordering drinks at the bar while Southern and Molyneux spoke. There is much I have left out, but there are enough great one liners from the pair and from several XYZers in attendance to provide Quotes of the Day and Thoughts for the Day to last a good month.

What this means for Australia

The other day, someone responded to one our our articles on the Southern and Molyneux tour that we don’t need these foreigners coming here and telling us what to do.

If Melbourne is the epicentre of the Cultural Marxist, multicultural disease afflicting Australia, it is also an important node for the resistance against it. The XYZ was founded here and the Unshackled, who produce videos with excellent production values, are now based here.

Blair Cottrell, whose imposing figure dominated the foyer, was born here and remains based here. Neil Erikson attended in a Richmond jumper and beer stubbie in hand. He somehow managed to get kicked out at the same time as the first far-left protestor. It was tremendous theatre. Also attending were several long-time readers of The XYZ, and a number of contributors and people with whom we cross post and have spoken to via livestream.

Although Australian Conservatives members were involved in the ushering the event appeared largely detached from any political party involvement. What is building here is a grassroots community of activists who are becoming increasingly interconnected and effective. While some obviously will become directly involved in politics at the highest level, I think our biggest role will be in helping to shift the culture to the right.

Politics is downstream from culture. As we shift the culture, the politics will follow, as occurred in the US.

It is also only natural that this movement becomes more nationalist in nature.

Culture is, after all, downstream from race.