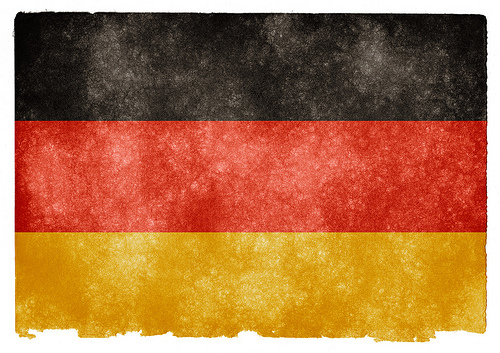 “Why do they wave flags and sing their anthem?” the young German backpacker asked as we watched a football game between two other nations in a hostel, both far from home about 20 years back. “We Germans would never do that… it’s unbecoming and uncouth”.

I was taken aback. I had never heard anyone describe national pride as a bad habit akin to picking one’s nose or coughing without covering. I could understand where he was coming from (a little) because Germans pioneered white self-loathing a good half-century before the rest of us. But that didn’t mean a little s—stirring wasn’t called for either.

“Mate,” I replied with Dutch courage inspired by Mexican beer. “You do realise that encouraging shame at the sight of your flag and self-loathing at the first few bars of your national anthem is probably inspiring your next generation of national socialists in a basement somewhere right now?”

He was kind of offended, but in my defence he’d been asking for it. A German airing superiority over ‘nationalistic fools’ is about as difficult to swallow as if you were to hear a Japanese guy whose grandfather ran security at Changi or the Burma Railroad pointing the finger at our offshore processing centres.

The pendulum effect of all that Cultural Marxism was obvious to me at the time, and even more obvious now. And it isn’t even the first time an unfair suppression of national identity and a systematic policy of national humiliation by Globalist interests has blown up in the face of the West in Germany.

The Versailles treaty that marked the end of the Great War was a brutal punishment of the many for the actions of a few. It economically and spiritually destroyed Austria and Germany, and saw large swathes of land seized by the victors at the expense of a people who’d been stitched up in a ridiculous pre-war pact.

The Versailles treaty and the unfair hardship that came with it propelled Hitler to power. Pauline Hanson isn’t Hitler, Trump isn’t Hitler. Hitler was Hitler. A genuine threat to western freedom, and the architect of the biggest mass genocide of the 20th century (over 6 million) unless you count Mao (45 million) or Stalin (34 to 49 million), but we never really do because we aren’t taught much about the darker side of those latter two in school because most teachers and academics are completely down with their particular brand of Marxist genocide.

In recent days, absolutely nobody but the clueless Globalists of the EU and the Merkel Government was shocked to see a trouncing of Angela’s Regressive Left Posse of destabilisers by a Right Wing Party in state elections. The Chancellor’s CDU limped in with an embarrassing third place behind what was a minor party.

Now, I’m not completely up on German politics, but it seems to me that Germany’s friends, the EU leaders in Brussels, have treated the average German with roughly the same contempt as the Versailles signatories. Perhaps even worse. I’m sure that a vindictive France and the other allied signatories would have dumped several million unemployable men of fighting age with incompatible attitudes toward women and freedom onto them along with the crippling reparations if they’d thought of it just after the Great War.

The Versailles Treaty micromanaged German life. The EU micromanages German life. The Versailles treaty subsidised failed nations on German coffers. The EU subsidises failed member states on German coffers. The Versailles treaty took away their sense of national identity. EU membership takes away their sense of national identity. Both are doomed to have the same end result: namely, driving the disenfranchised swiftly toward populist politicians on the far right.

If enough Germans were so easily sold on the aspirations of Adolph Hitler under these conditions, I shudder to think of the next sadistic German Dictator gestating in an environment where there is no need for a whole lot of rabble rousing because the fears are all too real. Where women are groped and raped for the crime of venturing out unaccompanied. Where children are molested at swimming pools, and it is discounted as being cultural. Where Germans are literally being displaced to make way for refugees.

Those who forget history are doomed to repeat it, and it is perhaps apt that a European Union with scant regard for history or heritage of any kind seems to be obliviously echoing the mistakes of the Versailles treaty in a sinister new distillation. It’s difficult to deny that Germans have noticed the stark parallels between Versailles and EU membership. As these recent election results have proven, it’s pretty obvious what happens next. EU globalists have backed the German people into a corner. The rest of us can only brace for what sinister reactionary force manifests itself in Germany. Stop me if you think that you’ve heard this one before.