In Australia, if you hold conservative viewpoints, the above assumptions are made about you by left-leaning politicians, teachers, family members and friends. Like it or not, this is your cross to bear and the handicap you have to overcome when talking about political issues from a conservative perspective. 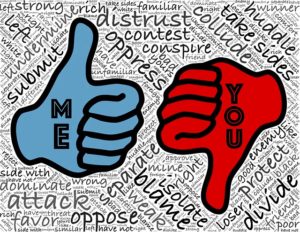 This series is designed to give you the tools you need to navigate what is an increasingly left-dominated society with rock-solid conservative ideology, facts and conversational tactics.

It is for changing people’s minds about the stereotypes associated with conservatism.

It’s about YOU opening people’s minds to alternative ideas that make an impact on how they see the world.

When you talk on behalf of conservative principals, there are three fundamental differences you should be aware of between the left and the right.

Finally, there are two types of people you will talk to about politics where you will need to use the tactics I’m going to outline: