Tasmania is the NPC State. To make matters worse it is full of white people. Tassie is the whitest state in Australia. How are we supposed to be good white supremacists when our fellow white people are such cucks? 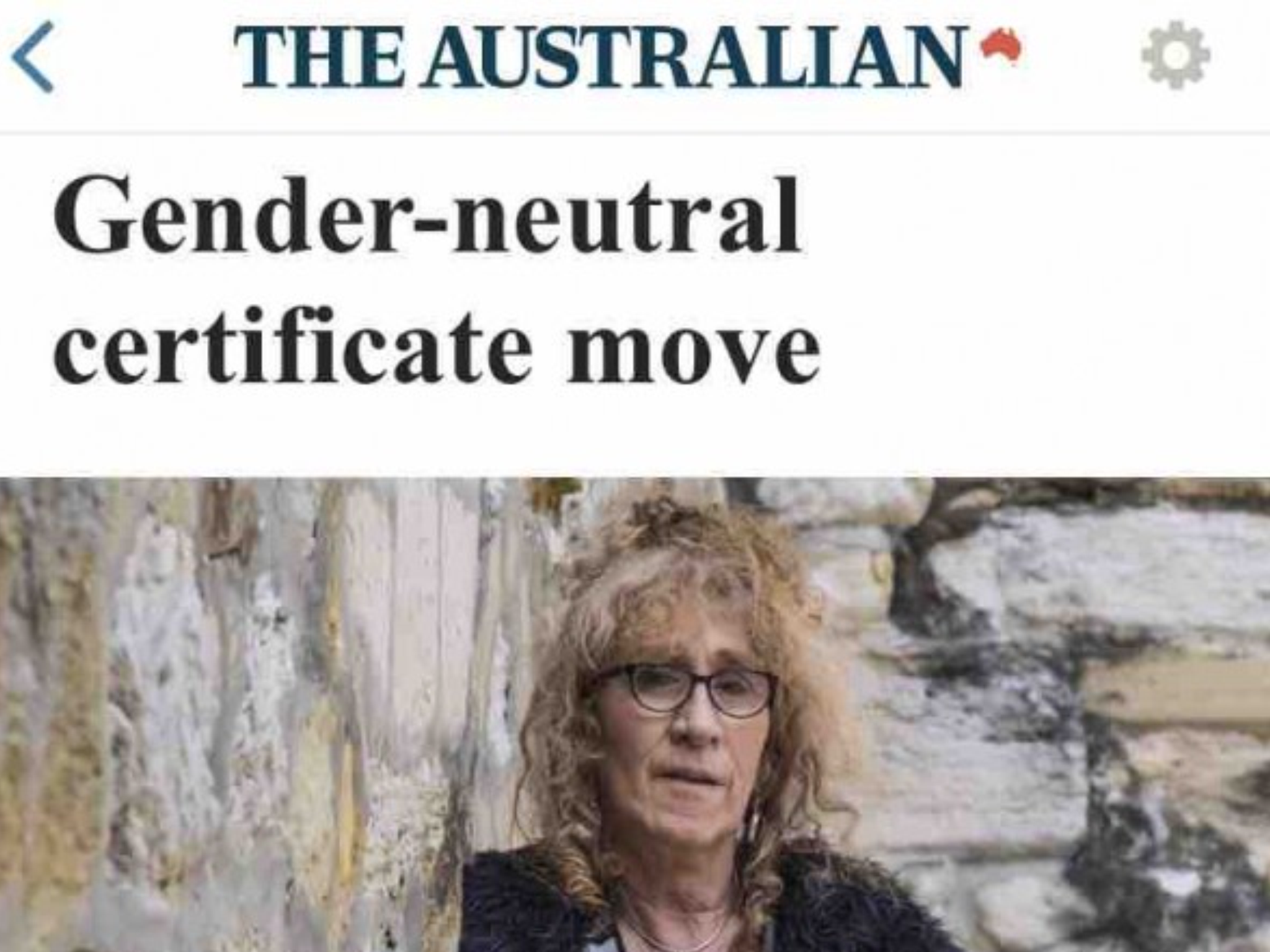 “Tasmania is set to become the first state to remove the sex of a child from birth certificates, in a major win for transgender people that has been attacked by critics as “abolishing gender”.

A vote is expected in Tasmania’s lower house next month, as amendments to a bill ending the need for trans people to divorce before they can change their gender on official documents.

While the bill’s central aim has tripartite support, the Liberal government, Christian groups and feminists fear it has been “hijacked” by the transgender lobby via a series of Labor and Greens amendments…

Labor and the Greens both plan amendments to remove gender from birth certificates, while also backing changes to remove the need for trans people to have sex change surgery before switching gender on official documents.”

If you are expecting a long, intellectual response to this, you’re not going to get one. You do not end discrimination against so-called “transgender” people by discriminating against the 99.98% of people who would never in a million years question that they are anything other than the sex designated by what’s between their legs. This is where the argument starts and finishes. If it continues there are only two reasonable courses of action:

The second option is preferable. I move that the Australian parliament legislate to carpet bomb Hobart. Instead, we get this from “moderate” Liberal Speaker Sue Hickey:

“I do think the world is changing and we need to be open to considering things that might discriminate or harm somebody. I’m very open.”

Transgender activist Martine Delaney said removing gender from birth certificates would be a significant win that would harm no one.

“It is not doing away with gender. That information would still be recorded by the registrar and medical records in the hospital. It just simply wouldn’t be displayed on the birth certificate.”

Wrong. You’re doing away with gender. You know what you are doing and this was the plan all along. Why do you lie?

She said removing sex from birth certificates would negate the need for transgender people to “out themselves” every time they applied for work or sought to prove their identity.

Did you see that? They said “sex”. That one must have slipped past the editor. “Gender” is of course a social construct, invented by Marxists. There is only, sex, and there are only two of them, male or female. Some people are born with genetic abnormalities and are intersex. Abnormalities.

There could be a silver lining:

ACL state director Mark Brown said the changes threatened to destroy the sanctity of women’s “safe places”, from refuges to sports teams. “If you are ­legally a transgender woman, even if you have a penis you can go wherever you want in terms of women’s safe spaces,” he said.

This concern is shared by feminist group Women Speak Tasmania. “If you have birth certificates issued with no sex marker on them, how then are ­female-only services and spaces — like girls’ schools, or the girl guides, women’s domestic violence shelters — able to maintain the female-only integrity of their service?” spokeswoman Bronwyn Williams said.

In the words of Lactatia: 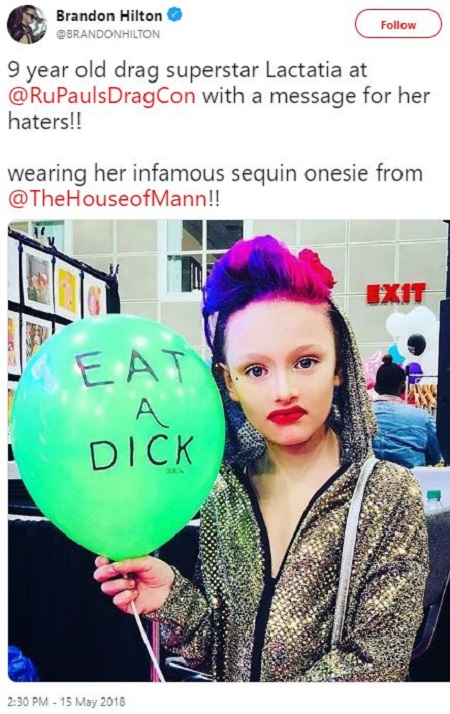 This is the logical result of everything that has been pushed by “progressives” since the Sexual Revolution, hell, since the French Revolution.  This will only get worse, because they will never stop.  The only way to stop them is not very pretty.

The clincher comes at the end. Leftists often think that they can state what their opponents say as arguments in themselves, because they assume that everybody agrees with their insanity. It is actually the other way around. Thus I present the following passage:

Greens leader Cassy O’Connor, whose child, born as a girl called Mara Lees, is now a 20-year-old man, Jasper, said the changes would end discrimin­ation and make a real difference to lives.

“The flow-on effects of being able to have your birth certificate either gender neutral or changed to your correct gender are profoundly life-changing,” Ms O’Connor said.

“At the moment in Tasmania, if Jasper wants to have his birth certificate changed he will need to have a hysterectomy, and that is cruel and unnecessary.”

lol I can’t even