Migrants are dying. Dying as they cross the Sahara, cross the Mediterranean, cross from Indonesia (well, they were, sorry Greens – that is now cancelled). And they are dying as they congregate in Calais to travel from France into Britain.

You might call these pointless deaths. I think the progressives would, but there IS a definitive, almost singular point:

Job prospects and safety are much less important to prospective migrants, down there with integrating into host communities and fleeing the Islamic ideological system. These days, most of the Islamic world can claim refugee status, because, well, under their ideological system, they are really threatened with death. From other Muslims, mostly. And most majority Muslim countries have poor economic prospects.

So, would be migrants can travel for benefits and the ticket price is pretty much to say, “I am Muslim,” which obviously means “I am a refugee.”

So, why do the migrants not stop when they are safe. Because they don’t migrate for safety, but for benefits. The progressives demand generous benefits to ensure the human rights of the immigrant. And these benefits are the lure for the migrants, worth risking death.

So they come. And die.

Those European countries with poor benefit systems, mostly in Eastern Europe, are not targets for migration. Ominously, Southern Europe has done its dash and is in effect a migrant transit country.

Their once generous benefits are peeled back by austerity, which is enforced by looming sovereign debt defaults. Ask Greece. Long story short – benefits are migrant bait, and the more generous they are, the less sustainable they are.

So, although you may see creaking government services, inadequate school systems, hospital issues, pensioner issues, rest assured, the migrants are coming. It does not get any better than this. 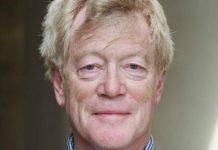