You can’t stop us. You can deplatform us, put our names on lists, misdirect us with silly ideas and gatekeepers, use lawfare against us, bash us and even kill us. You will never stop nationalism. Never.

Off the back of Boris Johnson’s landslide victory in Friday’s general election, the world woke today to a solemn pledge from the reinstated British Prime Minister.

“I will put an end to all that nonsense, and we will get Brexit done on time by January 31 – no ifs, no buts, no maybes,” he said to deafening cheers from supporters.

The globalists successfully held all this off for three and a half years. Traitor Theresa May fulfilled her role, allowing the United Kingdom’s establishment to obsess over the question of deal or no deal. When Great Britain leaves the European Union the EU will hastily collapse, making any deal irrelevant.

Having demanded a second referendum for three years, the moment the staunchly pro-Brexit Boris demanded a general election, the globalists initially rejected it because they knew the election would effectively be a second Brexit referendum.

Which they knew they would lose:

Mr Johnson described the result as a “historic” victory for the Conservatives, who pulled through with 365 seats in the House of Commons – its best performance since party icon Margaret Thatcher’s last victory in 1987.

Jeremy Corbyn’s supporters are blaming the election’s focus on Brexit for the loss, while staunch Remoaners blame Corbyn’s unabashed communism. What makes this circle of logic so beautiful is that they’re both right. Almost nobody wants communism and most Britons want their country back.

We are now witnessing the predictable leftist tantrums which occur every time the people of a European nation are allowed to disrupt The Narrative via an election, before the establishment returns to the business as usual of ignoring the will of the people. Twitter has melted. Socialist leaders are dropping. Communists are marching in the streets. Entertainers are displaying their anti-white treachery.

The best example of this is serial moron Lily Allen, who tweeted the following before disabling her account.

The beauty of this, too, is that she is right. Capitalism does indeed need cheap foreign workers to exploit. Socialism is merely the other side of the same anti-white coin. Its goal is to destroy our natural ties to one another of ethnicity, nation, Christianity, family and tradition and replace them with invented categories such class or the fashionable perversion of the moment.

However, the natural order just has a way of reasserting itself, precisely because it natural. The ties of family are natural because the direct family literally gifts us our existence, our name, our history and our identity. An ethnicity and a nation is simply an extended family with a common religion and homeland.

This is why I cannot argue against Scotland remaining in the United Kingdom:

Not far behind Brexit, the next flashpoint for UK politics looks to be offshore, where Nicola Sturgeon’s victory hinged on the public’s demand for a second referendum on Scottish independence.

Calls for it have flooded social media under the hashtag #IndyRef, and despite Mr. Johnson flatly refuting the idea, Ms Sturgeons still plans to publish a case next week. 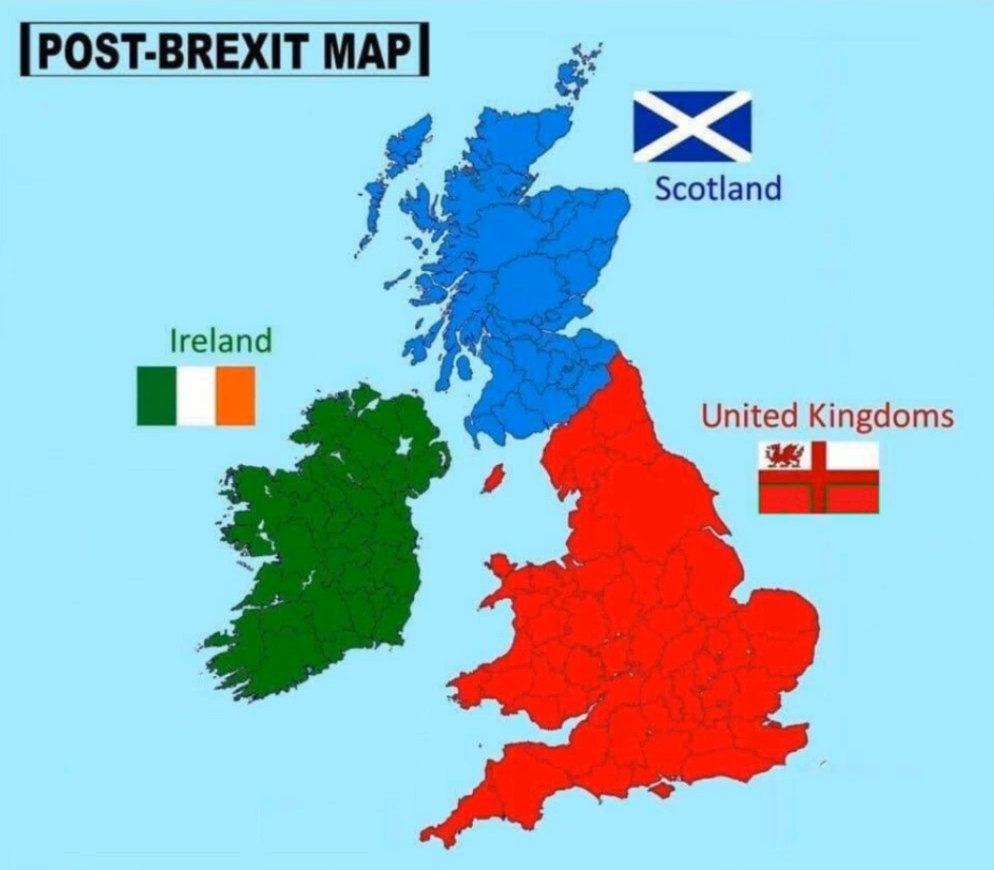 The current artificial make up of the United Kingdom matters not. What matters is the right of people to live together in their own countries, free from the marauding diversity rape gangs on the streets, and from the Jewish globalists who pull the strings of high finance and thus political power in the West.

It does not matter whether or not Boris Johnson and Donald Trump are puppets of a foreign power, providing an outlet for our righteous anger in order to distract us just long enough for demographic replacement to render the white constituency in liberal democracies irrelevant. These soft nationalist leaders are merely a manifestation of a people who are barely rubbing their eyes after a century of slumber. The Overton Window will continue to shift as our people become more marginalised and the leaders we elect to remedy this continue to fall short of their promises.

When the Men of the West finally understand that democracy is a system design to enslave and destroy us, only then will we be ready to take back our countries. Our role in the independent media and the so-called “far right” is not to help steer the zeitgeist back to the sensible centre so that our people can continue to wither in comfort.

Our role is simply to wake up and unite our people.