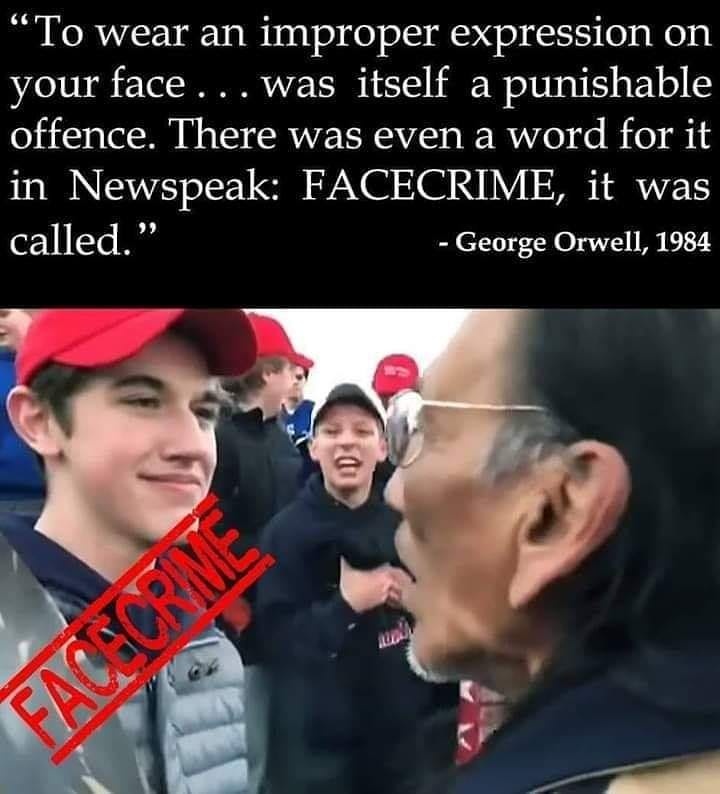 When the Covington kids controversy broke out the bishop of the local Diocese was quick to condemn members of his own flock on the spurious and easily retracted evidence provided by the Left. But a couple of weeks later the bishop has made a full retraction and apology.

In a letter to parents, the Most Rev. Roger Foys said the diocese was too quick to condemn the actions of the Covington Catholic High School students, particularly those of Nicholas Sandmann, the boy who was seen on video facing off with Native American elder Nathan Phillips as he performed the song “American Indian Movement” near the Lincoln Memorial.

“We should not have allowed ourselves to be bullied and pressured into making a statement prematurely, and we take full responsibility for it,” Foys wrote. “I especially apologize to Nicholas Sandmann and his family, as well as to all CovCath families who have felt abandoned during this ordeal.”

The above quote is an example of something that is almost extinct in the modern world – a sincere apology with genuine regret and self-reproach, coupled with a determination to do better in the future and to make amends. That it has come from the Catholic Church, which is unfortunately one of the most cucked organizations in the world today, makes it even more valuable. I truly did not expect to see such an apology.

The Church has seen a continuation of the fall in its numbers because it is so weak. It is not a strong organization. It falls for whatever lefty con is the flavor of the day. The more that the Church embraces refugees, or homosexuals, or trans rights, or the feminization of our society, then the more that it loses its spine. It vacillates from one trend to another, desperate to be everything to everyone and thus inching further along the road to becoming nothing to nobody.

But there are signs of strength; small shoots of hope that are peeking out of the mud of lies in which the current Church resides. The above apology is one of them. Another that I have seen recently is the Irish priest who denied Communion to a pro-abortion politician.

Father John Hogan refused to give Holy Communion to Robert Troy, a member of the Irish Parliament, at a funeral Mass on Jan. 4. The Mass where this happened was at the Church of St. Nicholas in the village of Multyfarnham in the diocese of Meath.

Troy had a previous track record of being opposed to abortion until he said publicly that he voted in favor of abortion in Ireland’s abortion referendum in May 2018. In that referendum, the people of Ireland voted overwhelmingly to legalize abortion by overturning the Republic’s Eighth Amendment, which protected the right to life of the unborn.

Imagine the public shame that this weasel of a politician felt as the priest openly denied him the Holy Communion. The priest acted like a leader, something which has been sorely in absence from the Church for a very long time. Small acts of defiance such as this to the prevailing Satanic order are the foundation stones that can become a sweeping reclamation of the True Faith.

Unfortunately Father Hogan’s local Bishop hasn’t exactly got his back.

Bishop Alphonsus Cullinan of Waterford and Lismore has said that those who voted for abortion should not go to Communion unless they repent and go to confession.

However, Bp. Cullinan also said that he would not deny such people Holy Communion, saying, “On the spot that is a totally different matter, because then you are politicizing the actual Mass itself, very awkward situation that you don’t want to get into.”

On the contrary, if you examine the bible and the various travails that Jesus Christ got himself into, they are a continuous series of very awkward situations indeed. The bible is immersed in politics; how could it not be? Christ came to earth to shake up the prevailing order and to reveal to his followers that there is another and much better way.

But today the Church desperately tries to avoid such situations whenever it can. Its two biggest bugbears are Orthodoxy and Tradition, and any priests foolish enough to lead their congregations in a manner in which supports traditional Church teachings almost inevitably find themselves banished to the sidelines.

But priests such as these are the future hope for the saving of the Church. These two men are the ones who should be the bishops of their communities. The priests with fire in their bellies and courage in their hearts. The students of Covington Diocese are indeed fortunate to have a bishop who has reflected on his grave error and has shown a spine. All we can hope is that this becomes first a growing trend and then a tsunami of change that sweeps out the debased Church leadership everywhere.