A new remake to classic film the Karate Kid is being made in Victoria next year. 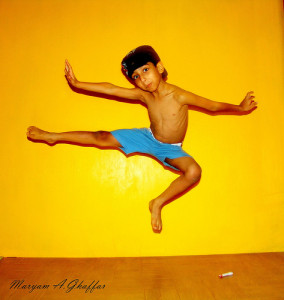 The plot line has been modernised to address contemporary issues and attitudes.

After suffering a bullying attack after relocating to Footscray with his single mother who is a handicapped lesbian, a young boy is befriended by an intersex social justice warrior.

Taking pity on the young boy, the SJW teaches the hero to protect himself through use of techniques such as shouting “bigot”, “racist”, “homophobe” and other equally hilarious and heart warming words.

After encountering the bullies, the hero suffers a setback despite use of his newfound anti-bullying techniques.

Unperturbed, the now-penised social justice warrior helps the hero embrace the fluidity of his gender, leading to a fantastic montage sequence whereby he pees sitting down in the girls toilets, goes dress shopping and learns to cry on demand.

At this point, the film moves toward a final climax whereby the hero is confronted as he leaves the girls bathroom by the gang of homophobic boys. Emboldened by the late night teachings of his now penised, boobed and dark skinned social justice warrior mentor, the Karate Kid proves that love conquers violence. Taking on the entire gang of boys, he helps them realise their homophobia is due to their shamefully and needlessly repressed gender fluidity, which is released one by one as the film climaxes.

The film will be compulsory viewing for children in all primary schools.