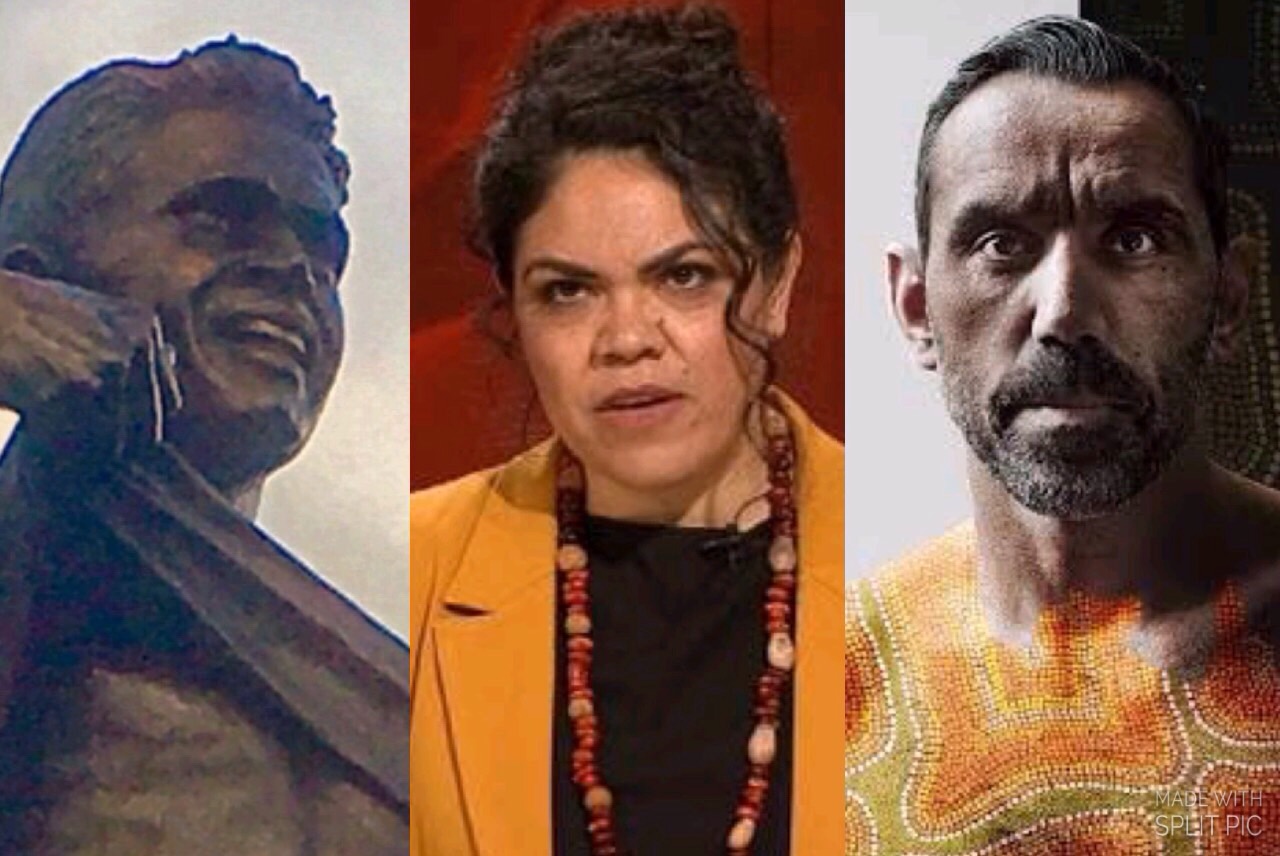 Last week a speaking tour by aboriginal conservative Jacinta Price sparked a backlash from far left activists in Coffs Harbour, who colluded with the local council and ABC radio to attempt to keep her from visiting the town. Chris Kenny noted the foreboding Orwellian behaviour of the Coffs Harbour councillors.

Incredibly, after booking the local theatre, Price’s tour operators received a letter from Coffs Harbour City Council suggesting she seek permission from local indigenous organisations to speak. Think of the blatant racism (and sexism) at play here. A theatre is booked by an Aboriginal woman to speak and the council says she should seek permission.

This is just the latest episode in the orchestrated propaganda campaign that is aboriginal identity politics. The AFL hierarchy have this year conspired with the Australian film and television racket to produce several films designed to lecture Australian football fans on their pushback against Adam Goodes’ politicisation of the game. The ABC then scolded us for not watching the films.

The campaign to abolish Australia Day ramps up every single year, and the leftist media establishment throws a tantrum if anybody points out the hypocrisy of white people virtue signalling in the streets of Australia’s capitals while aboriginal children in the outback suffer a horrific cycle of abuse. Pooing on our white faces while we get welcomed to our own bloody country is of course perfectly acceptable.

This race-baiting and double standards is nothing new. Chris Kenny refers to “the fabrication of the Hindmarsh Island so-called secret women’s business in 1995”.

A statue of Nicky Winmar has been erected at Perth stadium which, rather than depicting him kicking a footy or taking a specky, immortalises an incident at Victoria Park in 1993 when he raised his shirt and pointed to his dark skin in response to alleged racial abuse from the crowd. This is despite eyewitness accounts from Collingwood fans who insist that they were actually booing another St Kilda player and that the media beat up the whole thing.

A campaign is currently underway to change Australia’s founding document, our constitution, to recognise aboriginals as the first inhabitants of this land. We are told we need to do this in order to move on from the past and achieve reconciliation, just as we were assured when we granted land rights via the Mabo case, or when a bunch of Aussies marched across Sydney Harbour Bridge, Peter Garrett wore a t-shirt and the PM stood up in parliament to say “sorry”.

The “Sorry Day” marches and the national apology made by Kevin Rudd supposedly atoned for the so-called “stolen generation” and the apparent “genocide” of the aboriginal people, despite strong evidence that the whole thing is a myth. They also came to represent an apology from the descendants of the British settlers of Australia for even being here in the first place, and this was the whole point.

The foundation story of Australia has been deliberate destroyed and replaced in recent decades. Our story used to be that of British convicts and settlers who built this country up from the dirt. We were granted independence and then proved ourselves in several wars defending the British homeland and our own. We were the homeland of British descendents in the southern seas and we looked forward to a bright future.

The new narrative claims that the coming of Europeans to Australia was the worst thing that ever happened here. It led to the so-called genocide of aboriginal people and their culture and was a manifestation of a “racist” and “white supremacist” mindset. The only way to atone for this is to stop having babies, let in millions of immigrants from all over the world and become a multiracial and multicultural paradise.

This narrative flip has been replicated across the Western world to the point where the fabrication of genocides and the subsequent guilting of the white population into exterminating itself has become the standard operating procedure of the globalist cabal. In America the border wars against native tribes and the sacrifices of the American Civil War have been forgotten and replaced with genocide propaganda and the demand for reparations for slavery. This also ignores the barbarism of the native inhabitants and the far greater horrors of the Arab slave trade.

In South Africa the story of Dutch settlers building a country out of an empty land has been replaced with the lie that they stole the land from the people who made it empty (via genocide) in the first place. In New Zealand the Christchurch incident is being used to disarm and pacify the last embers of resistance to population replacement.

In Europe the Inquisition, the Crusades and the Age of Empires are used to shift the blame for Islamic terrorist attacks onto the native European population, and to justify the mass immigration of Middle Eastern and African migrants into Europe. This is despite the fact that the whole of North Africa and Anatolia and much of the Middle East used to be Europe before it was invaded and ethnically cleansed by Arabs and Turks over the course of a millennia.

We Australians should be wary of where this genocide propaganda is headed, because genocide propaganda was exploited to perpetrate two of the greatest genocides of the 20th Century. The myth of the 19th century pogroms inspired the leaders of the Soviet regime to exterminate up to 60 million Russians and Ukrainians. Above all, the holocaust has been used to justify (and forget) the wholesale slaughter of Germans both during and immediately after World War 2, and to justify their ethnic replacement to this day.

The holocaust has become the singular story of Europe and European people, the singular reason Europe must become multicultural and the reason we must be replaced. We in the British colonies are thus rightly wary of this genocide propaganda which is relentlessly thrust upon us, and it is why we still react so strongly to the Cultural Marxist narrative of colonialist evil being shoved down our throats.

Telling stories about ourselves is at its most fundamental level the way we find a reason to live and continue to exist. If we believe we are good and of value, we are motivated to transmit our DNA and our culture to successive generations. Ironically, aboriginal people understand this profoundly, which is why they hold on to their stories and culture so passionately, because they quite rightly want to continue to exist. That’s the thing. So should we. It thus makes sense that convincing a people that they are evil, that they are worthless, and that their race doesn’t really exist anyway, is how you program a people to kill themselves.