Much has been written on this site on socialism and groups such as Antifa, the Socialist Alternative, Campaign Against Racism and Fascism, and the Greens which have spread such garbage ideas. One prominent actor on this stage is the communist government of China, which has been discussed in other articles on this website. The aim of this article is to expose the Chinese government’s role in spreading communism to our most impressionable; children, teenagers and young adults.

Embedded in a staggeringly large number of universities and schools across Australia are a number of seemingly innocuous institutions called Confucius Institutes. The University of Adelaide promotes the Confucius Institute as “Promoting Chinese language and culture and a more informed understanding of China.” Other universities and organisations have offered similarly glowing descriptions of the institutes, including the NSW state government claiming that the centres are a “collaboration between the NSW Department of Education and the Office of Chinese Language Council International in China.” Like many other communist ventures, it appears perfectly fine on the outside, but analyse to even the slightest extent possible and alarm bells ring.

Research from online sources indicates a long history of controversy. Whether it be FBI investigations into the establishments or accusations of curbing free speech (which isn’t out of the ordinary for leftists in all honesty), these institutes are in the words of Li Changchun, a former leader of the Chinese communist party an, “important part of China’s overseas propaganda set-up.”

The presence of such institutes on our soil is a concerning development given the authoritarian and brutal nature of the Chinese government against their own Christian citizens, and their willingness to promote the disarmament of overseas civilian populations and leave innocent people exposed. Such an institute should have no place in a society which values truth and freedom of speech.

Perhaps a particularly concerning development of this is the deafening silence of university students and staff against this issue. Where massive protests and television appearances against the conservative and innocuous Ramsey Centre occur with the same canned lines from the same green haired Marxists, total silence is heard from students and staff in universities across Australia regarding the Confucis Institute. The Confucius Institute is significantly more dangerous than the Ramsey Centre ever was, being a direct arm of a totalitarian government and encouraging the rise of dangerous ideas such as Maoism, a rosy view of Chinese history and actions, and the sacrificing of our sovereignty to Chinese interests starting in the Asia Pacific. Perhaps, this demonstrates that contrary to the delusional views of many leftists and Marxists, the political establishment as it stands is not far right or even centre right but a left wing machination, a claim further evidenced by the recent saga in Melbourne revealing the bias of Victorian Police against Australian nationalist groups such as the True Blue Crew, and even Vietnamese trying to defend their property, in favour of African gangs. 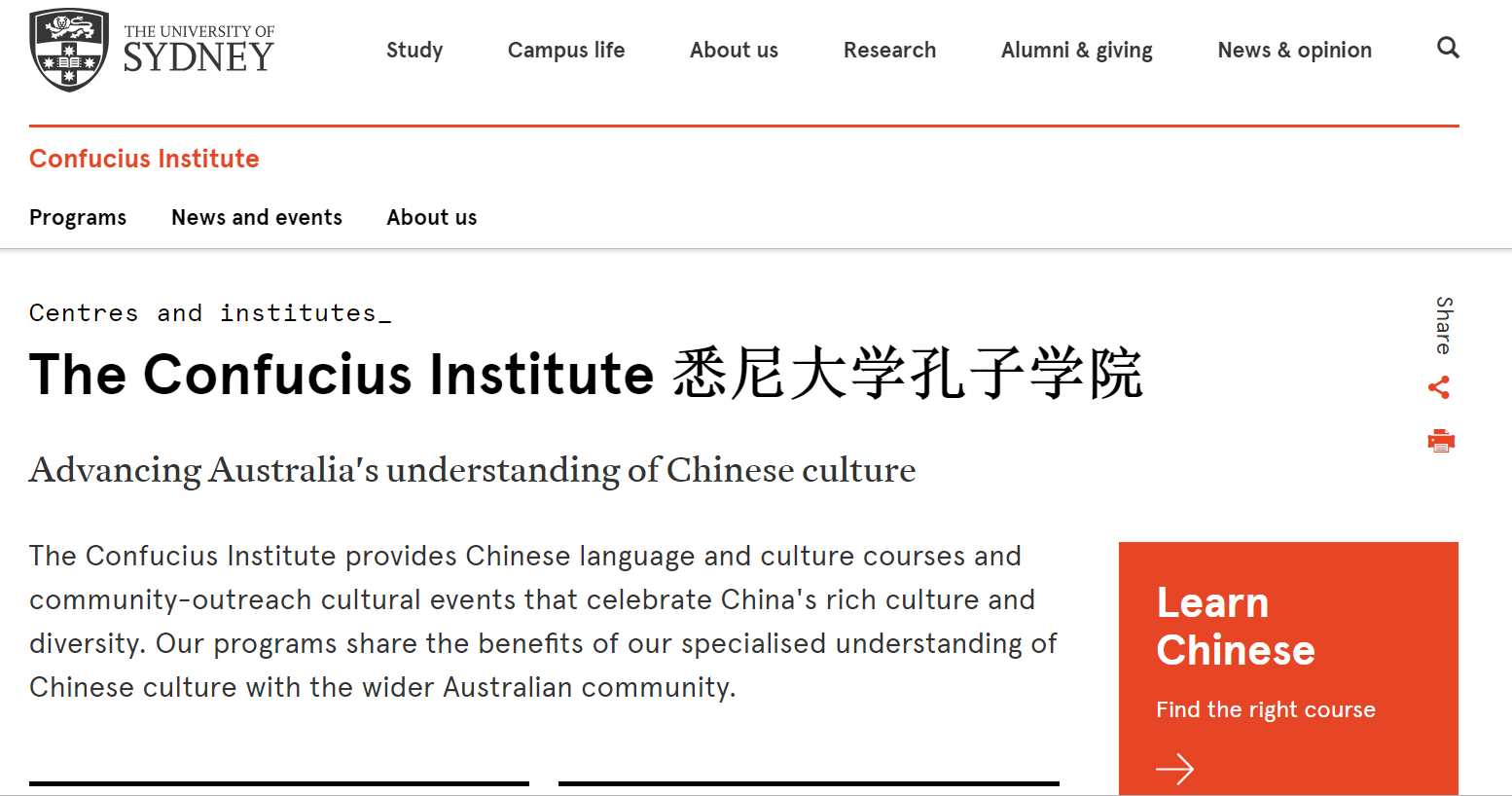 At the University of Sydney where the conservative Ramsey Centre faces boycotts and protests, the shameful Confucius Institute is allowed to exist unimpeded by students, staff and the local community.

If you are currently in a university, I urge you to stand against these terrible establishments, along with leftism in general, by any means possible. Whether it be quick actions like writing posts on social media, postering your local campus or by exercising your freedom of speech and protesting against these brainwashing facilities, halting the spread of these facilities is a must. We should all counteract the Confucius Institute regardless of how trivial one’s actions may be.