While we often forget our cousins on the apple isle we sometimes wish we hadn’t. This is the place after all that has gifted us with Bob Brown, Christine Milne and Jacqui Lambie. With a track record like that we should pay them more attention.

Fortunately the recent state election where the Liberals retained power is well worth some attention, certainly more than what it’s been given on the mainland (possibly because the side most journalists barrack for lost).

So of course XYZ is here to yet again jump into the breech and do the jobs Australian journalists won’t do.

Here are the three best takeaways from the night:

I think any reader of XYZ has realised by now that lefties don’t take defeat well.

Every TV show, every movie and almost every book they’ve read in their lives has featured courageous leftist heroes defeating outdated crusty stupid right wingers. Every website, newspaper and political commentary show they watch or read has presented left wing ideas as the only ones that any sane, common-sense person could hold. Every classroom they’ve sat in from kindergarten to post-graduate studies has reinforced the message that history is a story where the old, stupid right wing ideas of the past inevitably yield to the shiny, bright leftist ideas of the future.

So when reality doesn’t conform to the cosmology they’ve been taught they tend to react like a fish suddenly removed from water. Sometimes they even have the same facial expressions.

The Left spent a long time romanticising rural Tasmanian people. Back when their votes helped thrust the Greens into the national spotlight, regional Tasmanians were painted by mainland Leftists as something akin to good-hearted hobbits. In the minds of the inner city leftists of Melbourne and Sydney these kind and gentle folk existed in tune with nature, living in picturesque wilderness while tending to fastidiously manicured small farms. 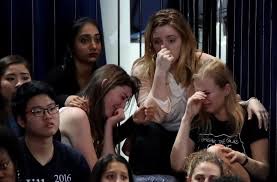 As the results came in on Saturday night and it became clear that these same voters had turned off both the Greens and the ALP, suddenly the vitriol spilled out. The same people they once idealised were now stupid, rednecked, mouth-breathing, bogan, gun loving, inbred, cousin f—ing scum simply too half-witted to know what’s good for them.

It’s always funny when the pompous veneer of compassion towards the underprivileged that seems to adorn every modern middle class leftist gets stripped away. It seems to regularly happen around about the time said underprivileged folks dare to disagree with them.

Also, according to almost every leftist on social media as well as on the ABC’s election telecast, spending money on legal election advertisements is corrupt election buying when the Liberal Party do it, but is perfectly fine when GetUp! or the unions do it.

Just goes to prove yet again that if Leftists didn’t have double standards they wouldn’t have any standards at all.

2. Connections with Communists can be costly

As the votes came in and it became clear that the ALP wasn’t going to win this one, the whinging, crying and complaining began.

One of the more interesting complaints was voiced by newly (re) elected ALP member for Franklin David O’Byrne. 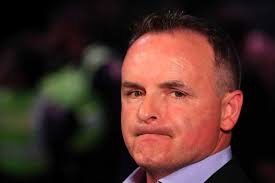 David had managed to return to the Tasmanian parliament as a representative for suburban Hobart but he wasn’t happy. Not very happy at all in fact. This might be considered odd in the case of a man who has just been returned to parliament after an absence and who is considered a firm chance for the next leader of the ALP in the island state.

No, he was upset that led by Tasmanian native and federal Senator Eric Abetz, the Liberals had run an extended campaign pointing out that a few years ago poor David had made a bit of an error of judgement. You see along with many other Australian leftists in 2005, David signed a public letter begging Marxist dictator Hugo Chavez to come Downunder and instruct us in the wonders of “21st century Socialism”. 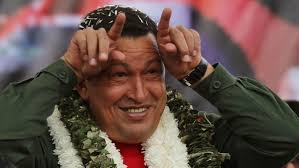 The exact wording was:

“We, the undersigned citizens of Australia, would like to extend a warm invitation for you to visit our country. We have watched developments in Venezuela with great interest. We have been impressed by the great effort that your government has taken to improve the living standards of the majority of Venezuelans. We have also noted with keen attention the moves that your government has begun to make to create a society based on popular participation in all spheres of society—from the workplace up to the national government.

“Although we are on the opposite side of the globe we feel that our shared ideals of social justice and democracy bring us close together. Every country has its own traditions and culture and has to find its own solutions, but what Venezuela has been able to achieve in so little time will be a source of inspiration and ideas for many in Australia.

In this light we believe that a visit to our country by yourself would not only help to improve the awareness of the Australian people of developments in Venezuela, but also be an unparalleled opportunity to strengthen the ties of friendship and solidarity between our two peoples”. 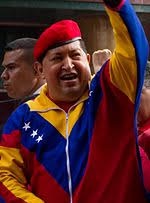 Now as XYZ has pointed out before, Venezuela has not exactly followed the trajectory that the Australian left predicted. Unless one of them (possibly Phillip Adams) wrote a prediction I didn’t see about the public being forced to eat zoo animals and starving mobs invading fields to bash cows to death with rocks for food.

What’s worth noticing is not that David made such a silly mistake but that the Liberals actually grilled him on it, and how upset he and others in his party got in response. David won his seat but with less of a swing than might have been expected in his normally Left-leaning electorate, and with only a 0.3 swing against the Liberals, with the ALP taking nearly the entire increase in their vote from the Greens.

The vehemence of the ALP response shows that their internal polling told them that being associated with a Communist dictator who has wrecked his country hurt the ALP (if not in Hobart then definitely outside it). 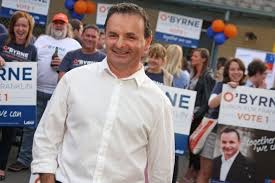 Let’s hope David can overthrow Rebecca White and become Premier. The next election would be hilarious.

3. Greens wilt in the bush 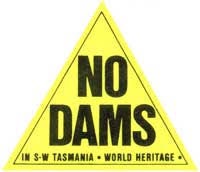 As mentioned above the Greens really first became a political force due to their grassroots campaigning in rural and regional Tasmania. The structure of our national electoral system allowed the Greens under Bob Brown to take this local popularity gained in the forestry wars and the struggle over the proposed Franklin Dam and launch their message onto the wider Australian stage.

Thanks to the mild mannered (and almost comatose sounding) Senator Brown being their public face, the Greens were able to build a base amongst middle class people in outer suburban and even rural Australia who worried about over-development and cared for our natural environment. 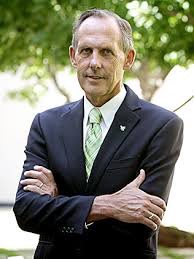 In Tasmania their vote remained formidable for a minor party, even in rural electorates such as Lyons where the hipsters recognisable as the Greens base on the mainland were few and far between. This enabled the Greens to regularly score state-wide percentages in the high teens and even reaching the low twenties in 2010 when they forced the ALP to form a coalition government with them to remain in power.

This election they scored just ten percent, even lower than their disastrously low 1998 result under Christine Milne and their lowest overall since 1986 when Bob Brown first brought them to the mainstream.

You can argue about the factors leading to such a collapse (especially that the ALP stole one of the Greens main policy platforms in usurping the anti-pokies vote) but most theories don’t explain the uneven nature of where the Green vote dropped.

The Greens slipped a couple of percentage points in the two Hobart seats of Franklin and Denison as well as sliding slightly in the northern Launceston based seat of Bass, but in the rural areas Greens voters abandoned them in droves. In both Lyons and Braddon the Greens vote halved from 12% to 6% in the former and from 7% to 3.3% in the latter.

While those figures may seem small, as recently as 2010 the Greens were scoring almost 22% of the vote in Lyons and 13% in Braddon. Not even in 1998 (their previous worst performance of the last three decades) did the rural Greens vote sink so low.

And yet as the ABC rushed to remind us in the aftermath of this election (in between wiping the tears from their eyes) while the Greens vote is plummeting in their birthplace it is higher than ever in inner city Melbourne.

The clue as to the reason for this gradual evolution in the Greens vote can be seen in the speech given by Tasmanian Greens leader Cassy O’Connor to a crowded tally room in Hobart on Saturday night.

After leading her party to one of its worst ever election results and having been abandoned by a large chunk of her support base, the first thing Cassy O’Connor did upon mounting the podium was to open her speech with three minutes of berating her audience about being on stolen Aboriginal land while accusing them all of genocide and declaring Australia an illegitimate racist construct with no right to exist.

Most strange of all, about a dozen of her supporters at the back of the tally room hearing this speech actually clapped and cheered. University students need to lay off the weed.

Cassy making a semi-religious speech, implicitly attacking the stupid white racist genocidal bogans for not voting for her, kind of sums up why said white bogans no longer vote for her. It also shows how far the Greens have come in the last decade.

They’re no longer the odd-smelling hippies who want to save some species of animal nobody has ever heard of. Even without the openly Anarcho-Communist Left-Renewal faction that dominates so much of their NSW branch, the Greens are still far further to the left than ever before. The rural and suburban folks who wanted to stop overdevelopment are no longer their core clientele.

All politics is ultimately about identity and one of the most powerful identity groups in our society today is the inner city middle class lefty. This identity is powerful, primarily because of the influence it holds as a group in that it forms the majority of our university-educated public servants. But it is also powerful because of the passion with which it is held by its adherents and its extreme, almost all consuming hostility to mainstream Anglo-Celtic Australia.

The Greens voting patterns are changing because the Greens have changed. What was once a party of Perth surfers protesting against nuclear testing and nature lovers revolting against modern consumerism increasingly has become the voice of the cultural elite.

Considering how much that elite hates our country, its culture, its people, its history and even its very existence, this evolution should definitively worry us all.