I thought it was just a request, “not too much to ask”.

Victoria’s premier has taken aim at “selfish” Melbourne residents still not following tough coronavirus rules, asserting there was no excuse to not be complying with public health orders.

Premier Daniel Andrews on Sunday said individuals basing self-centred choices around their own sense of “personal liberty” could ruin the state’s COVID-19 recovery for everyone else.

This sentence should scare the living crap out of you. The concept of personal liberty is self-centred, apparently. This is classic totalitarianism. We are taking away your rights for the benefit of all. For your health. For the health of the community. For the greater good. 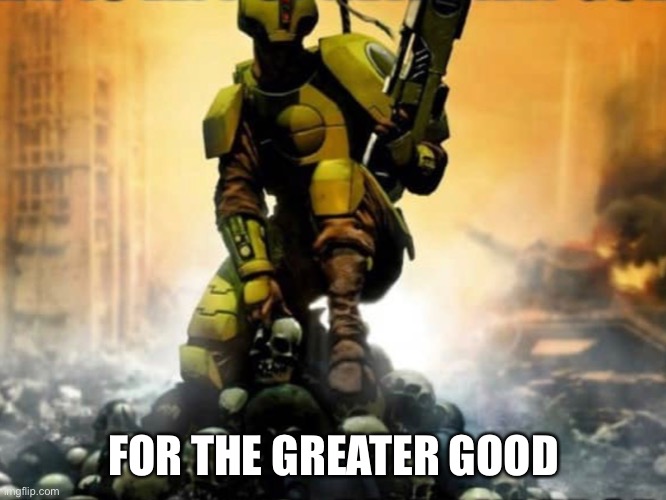 It comes as a number of videos circulated online posted by residents in confrontation with police and staff at Bunnings because they refused to wear a mask, citing their personal freedom while spouting a limited understanding of the law.

One woman, dubbed online as ‘Karen from Bunnings’, appears to be an adherent of a so-called “sovereign citizen” community, a loose group of people online who downplay the existence of the novel coronavirus and engage with far-fetched conspiracy theories.

She filmed herself aggressively confronting Bunnings staff members after being asked to wear a mask.

If you network with other people to reassure yourself that you’re not going crazy, this whole mask business really is codswallop, and they label you a “conspiracy theorist”.

Furthermore, as Matty’s Modern Life has pointed out, they have flipped the meaning of “Karen”. A “Karen” is someone who demands you put your mask on or who calls the police on you because she saw your mate pop around for a quick visit. A Karen is someone who makes demands of you to do something against your will and then freaks out when you won’t comply with their unreasonable demands.

In this instance, it is the state which is the Karen. Daniel Andrews is the head Karen and the Bunnings employees are mini-Karens.

“It is a $200 fine. It should never come to that. (But) if it was a genuine error, a sense of any confusion, then police use good judgement,” Mr Andrews reiterated.

“They are about trying to be as fair as they possibly can be, but if you are just making a selfish choice [about] your alleged personal liberty, quoting some, I don’t know, something you’ve read on some website – this is not about human rights.”

Ok Karen. That “some website” is actually the DHHS website. People have told me they visited it and it told them that there were exemptions for having to wear a mask in public, but I suspect it has been updated.

The media is also busy slamming anyone who demonstrates any opposition to wearing face masks. Every act of censorship, every deplatforming, every Twitter mob has led to this point. The libertarians should have backed up the national socialists while they had the chance. They thought the instruments of the state and social media censorship would only go after people talking about Jews. First they deplatformed the nazis and you said nothing. Now you literally can’t walk out of your home without having to cover your face, but the entire population has been socialised and intimidated into just going along with it because they have seen what happens to anybody who goes against the zeitgeist in the current year.

So no-one is going to save you us from this. It’s like some weird mash up of Soviet repression and Sharia Law. This lockdown will never end, and neither will the face masks.