In October 2019 Victorian Premier Daniel Andrews signs the state up to the Chinese Belt and Road Initiative. 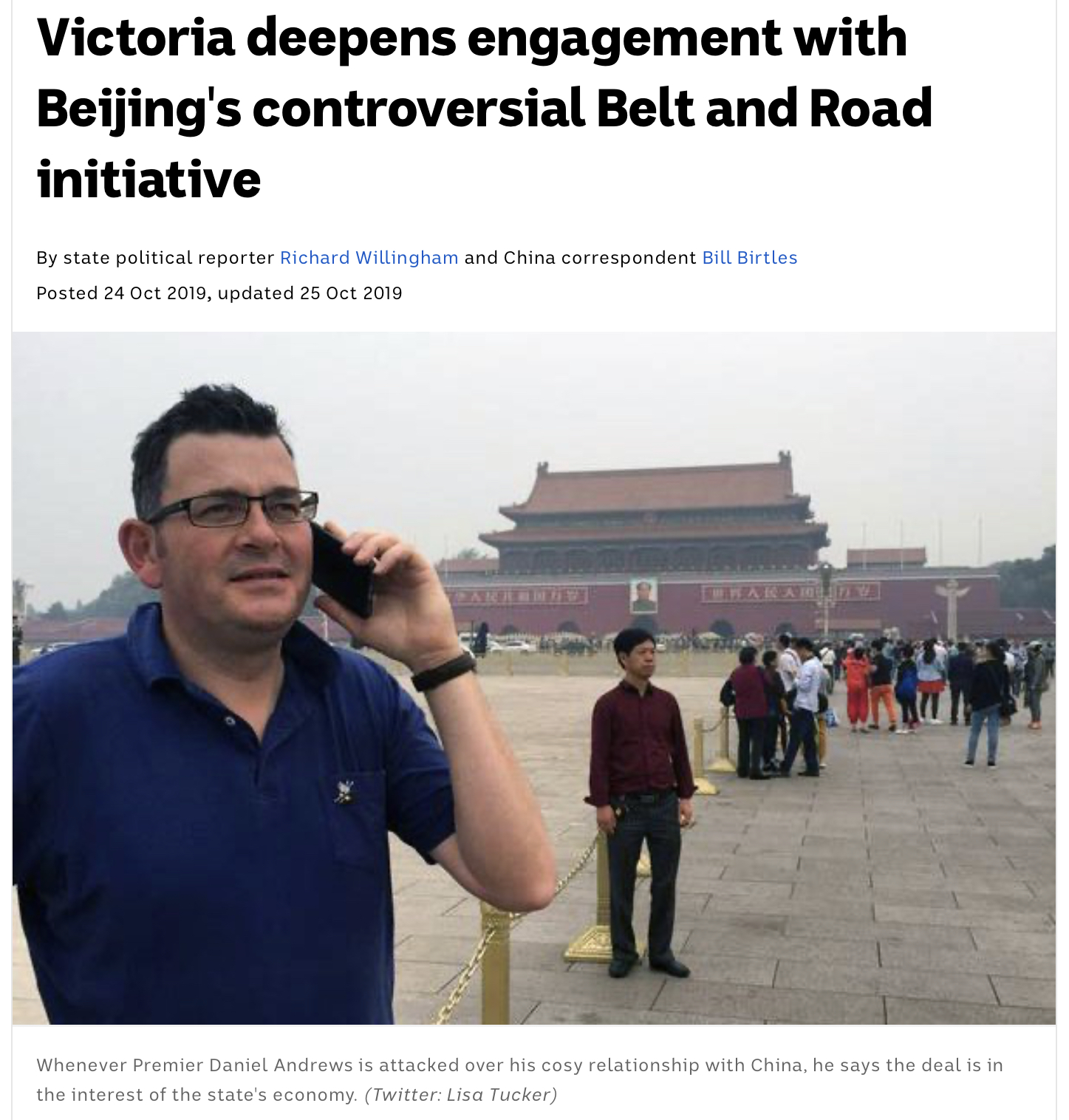 It is general knowledge that the One Belt One Road program is an instrument of Chinese colonialism. Third world countries like Pakistan, Sri Lanka and Victoria borrow money from China and China builds infrastructure for them. When the loan can’t be repaid, China takes ownership of the infrastructure.

The Australian federal government is surprised that the Premier of a state could so readily bypass national security protocols to make a deal with a hostile foreign power. 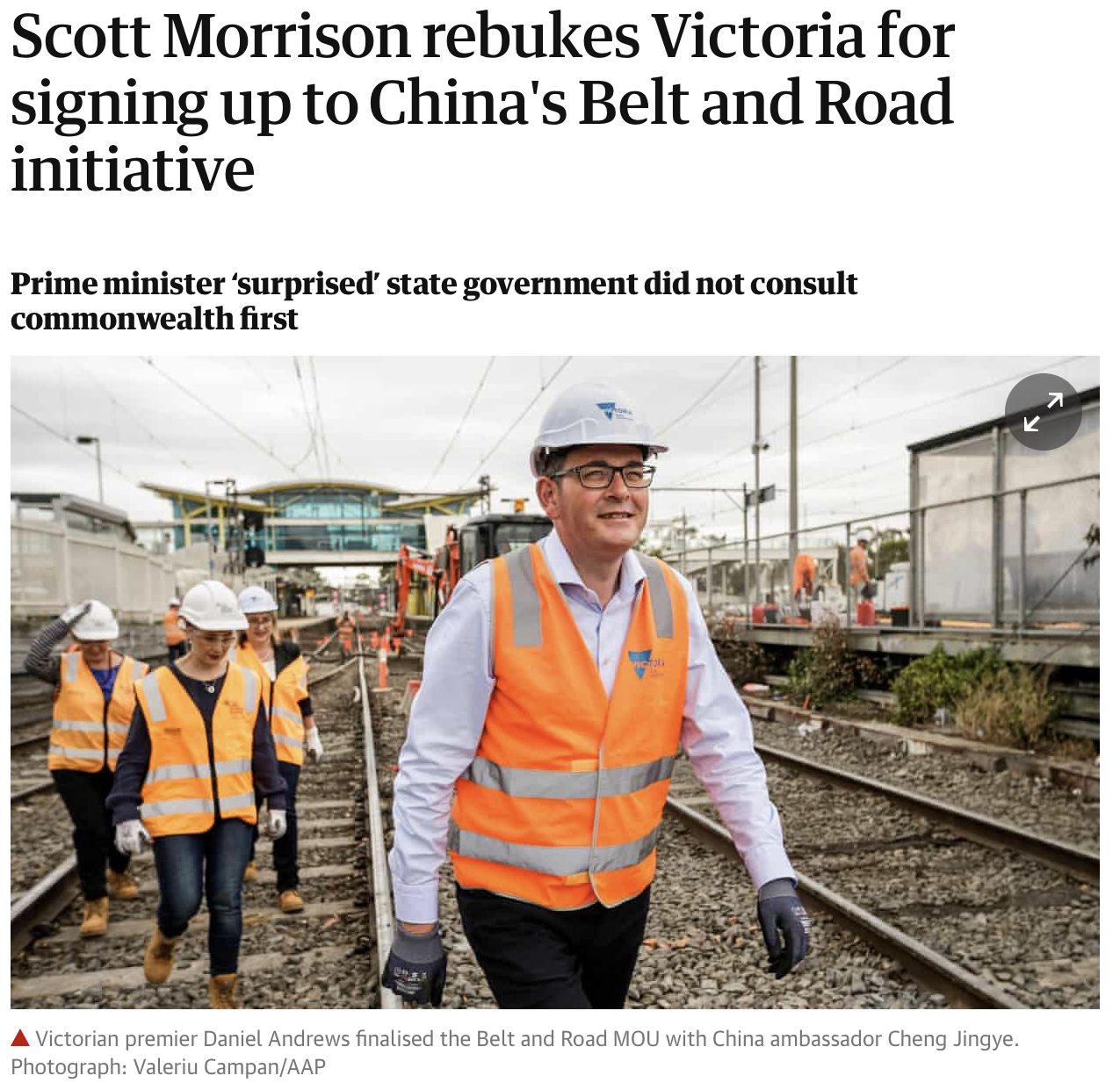 Even the Chinese are surprised. It all seemed a little too easy. Enter America in the game of 4D Chess at the bottom of the world.

Last week, some weird little Turk got his face splashed all over the papers. A conveniently high quality recording of some conveniently ill-chosen words leads to the resignation of several Victorian Labor Ministers. The message to Daniel Andrews is clear. Toe the line. 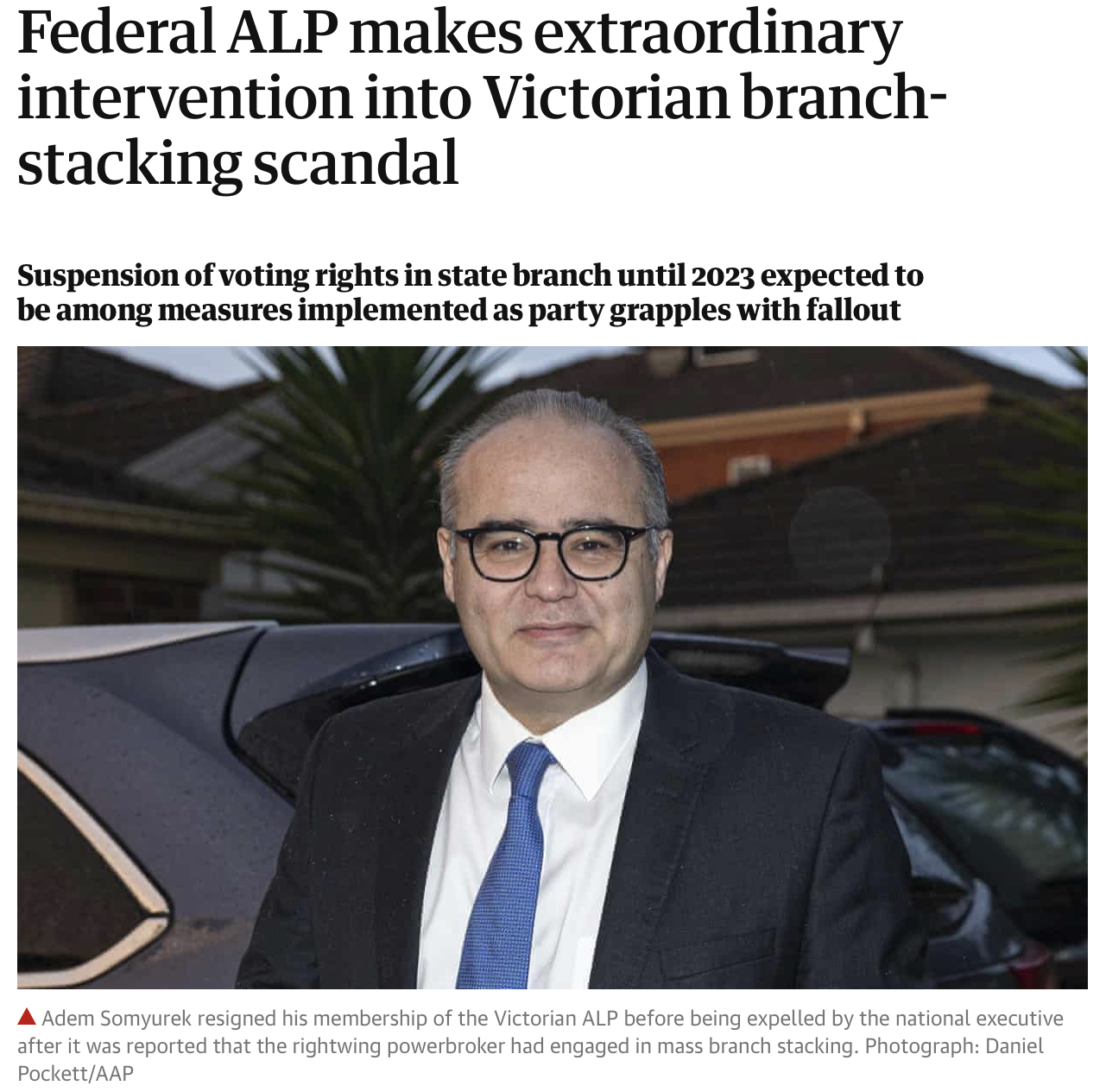 Over the weekend, a fresh Chinese Diversity Flu outbreak is declared in Victoria.

1000 ADF troops are deployed to Victoria to ‘assist’ in handling the outbreak.

1000 ADF troops are deployed to Victoria to ‘assist’ in handling the outbreak. 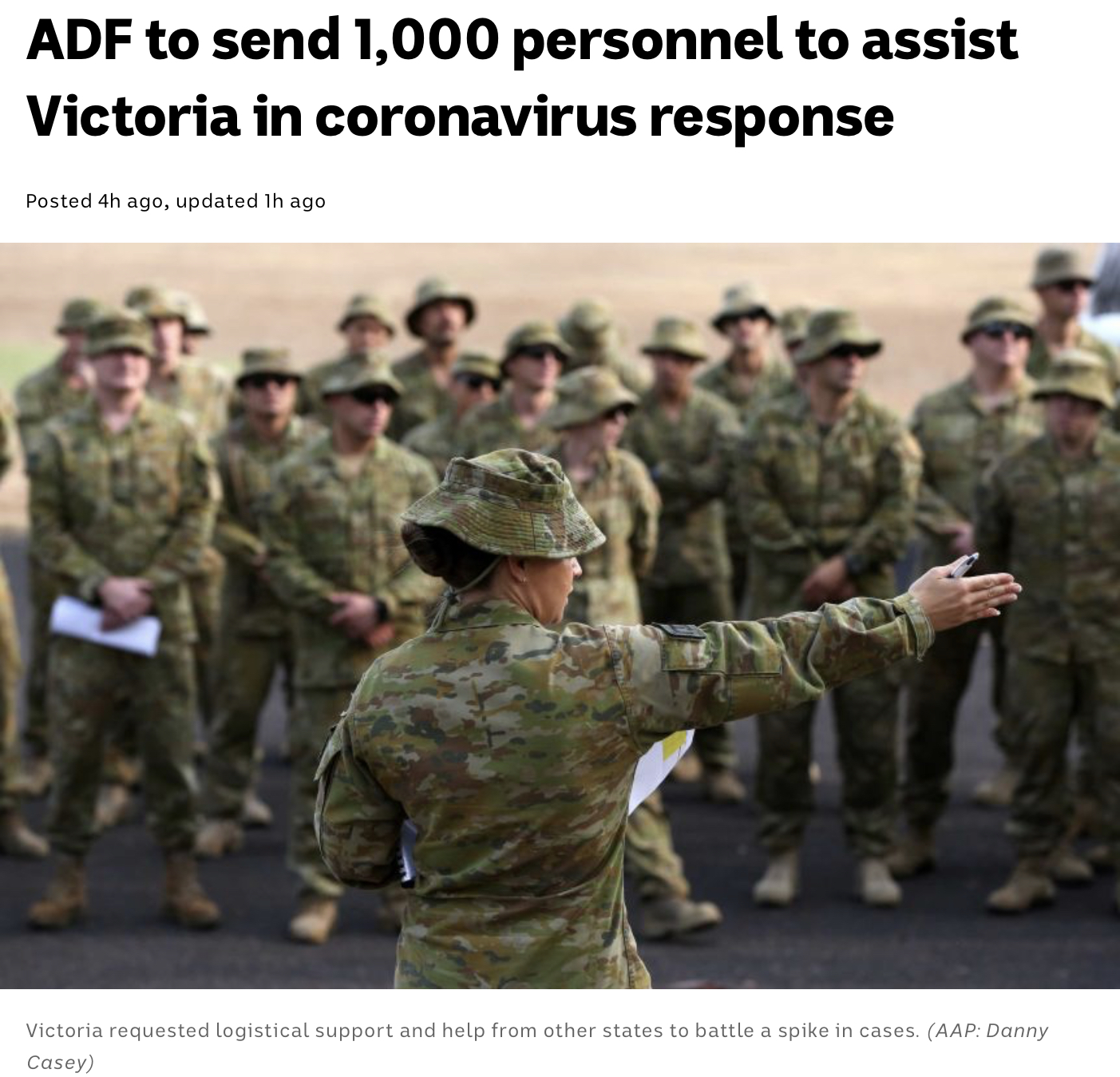 There are far greater criminals in this Liberal tyranny than Dick Ears Dan. It has been made abundantly clear to him that from now until the end of his tenure, he is little more than a caretaker.