As astute XYZ readers understand, the left used the Trojan Horse of so-called “free speech” during the Marxist Cultural Revolution in the West during the 60’s and 70’s to bypass blasphemy laws and undermine the pillars of Western civilisation. Now that they have full spectrum dominance, they couldn’t give two hoots about it.

From the Daily Telegraph:

Officeworks has refused to print a Fraser Anning Party candidate’s campaign literature which states we are overrun by an “Islamic element” imposing “vile sharia law”.

Brian Clare, who is standing in Tony Abbott’s seat of Warringah for Fraser Anning’s Conservative National Party, says he is outraged and is threatening legal action against the firm.

Mr Clare visited the Officeworks in Hornsby last week and ordered 1000 A4 pamphlets which feature his policies.

However, he got a call later that day from the store manager who said they would not be printing his order.

“How dare they read my material without my permission,” Mr Clare said.

“He claimed my comment was defamatory to the Islamics. I’m furious.”

“At Officeworks, we respect our customers’ right to free speech; however, our terms of use prohibit customers from printing materials which may be threatening, abusive or which incite hatred of any person,” a spokesman said.

“We have a clear print and copy policy which is set out for customers online and in stores and the team is educated about when to apply this.”

It is curious that the store manager used the term “defamatory” in conversation with Mr Clare yet the official store statement from head office makes no mention of the word “defamatory”. Defamation is one of the two clear restrictions everybody agrees should be placed on speech, the other being incitement to violence. “Printing materials which may be threatening, abusive or which incite hatred of any person” is in the eye of the beholder, and is a weasel worded way of saying:

“At Officeworks, we respect our customers’ right to free speech; however, lol nah that last bit was a lie.”

Any statement which follows the format “I respect free speech, but…” is self contradictory.

Also, if the far left consider it ok to judge people by their friends, we will do the same: 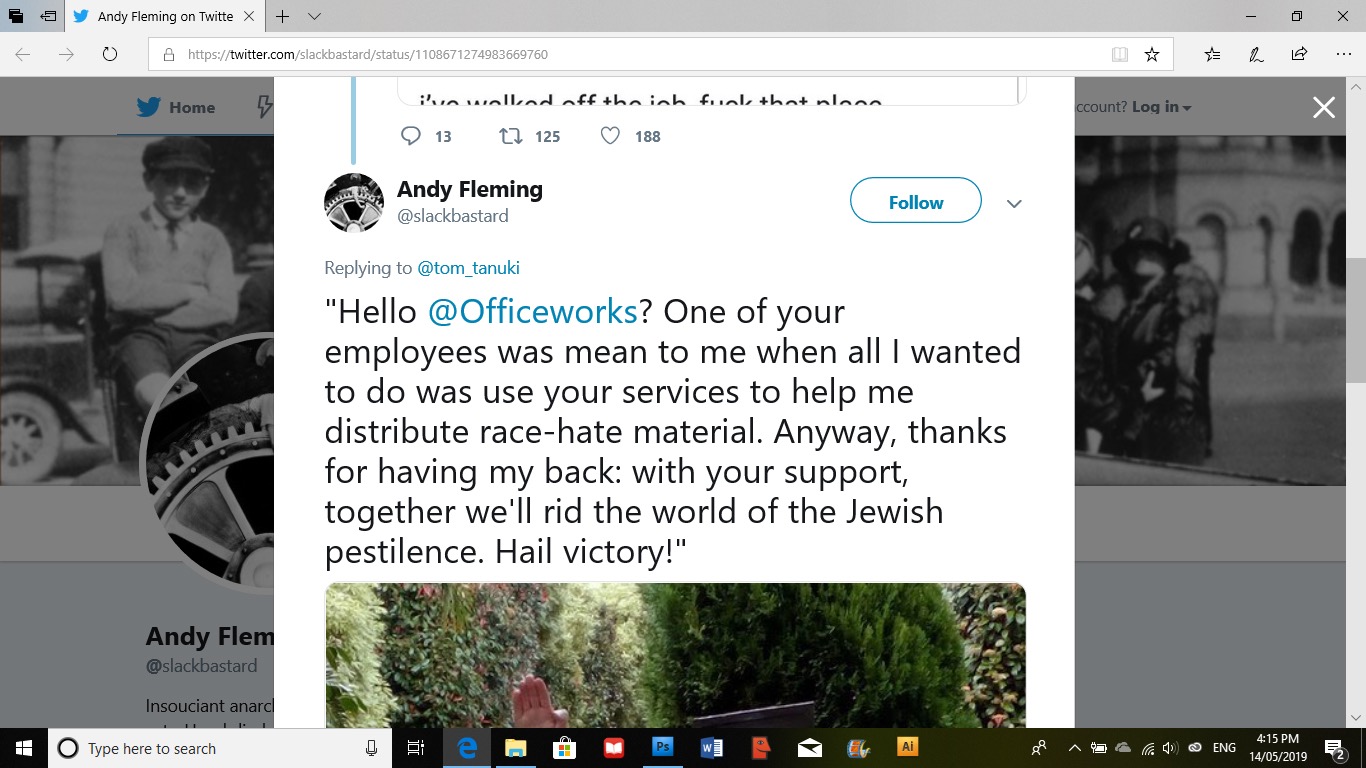 “We are full up,” he states, “overrun by a Islamic element intent on imposing the vile sharia law.”

He also calls for the Koran to be censored “to remove hatred killing clauses of whites/Christians to be able to comply with religious schools accreditation, and only the
Aussie value teaching standards will be allowed to taught [SIC].”

Mr Clare, who lives 35km outside the electorate in Galston, told the Manly Daily by winning the election he hopes to make it “easier for patriots to breed” because the “Islamics are out breeding us”.

We’ll give him a solid B+ for that. It is great that he and others in Fraser Anning’s Conservative National Party understand the danger we face of demographic replacement. As we have pointed out however, there is no magic dirt that turns foreigners into Australians. Other races or cultures may be less inclined to cut our heads off and more inclined to be good at maths, but if they are out breeding us, they are out breeding us too.

Mr Clare has also demonstrated that he is not deterred by the slanderous charge of “racist”:

When put to him that his comments are racist and inciting hate, he said: “It’s not racist because I’m talking about a problem and how to deal with it.”

Again, a solid B+. We should reject the concept of so-called “racism” altogether because it is an anti-white term deliberately designed by globalist communists to turn the people of European nations against each other, and to deliberately inflict on white people conditions of life calculated to bring about our physical destruction in whole or in part. The term “racist” is a psychological tool intended to achieve white genocide, and anybody who uses this term unironically should be charged with inciting violence.

As for Officeworks, the company has demonstrated that they are completely unnecessary. If you want material to advertise for Fraser Anning, you can always get it directly from his office and The XYZ Army will take care of the rest: 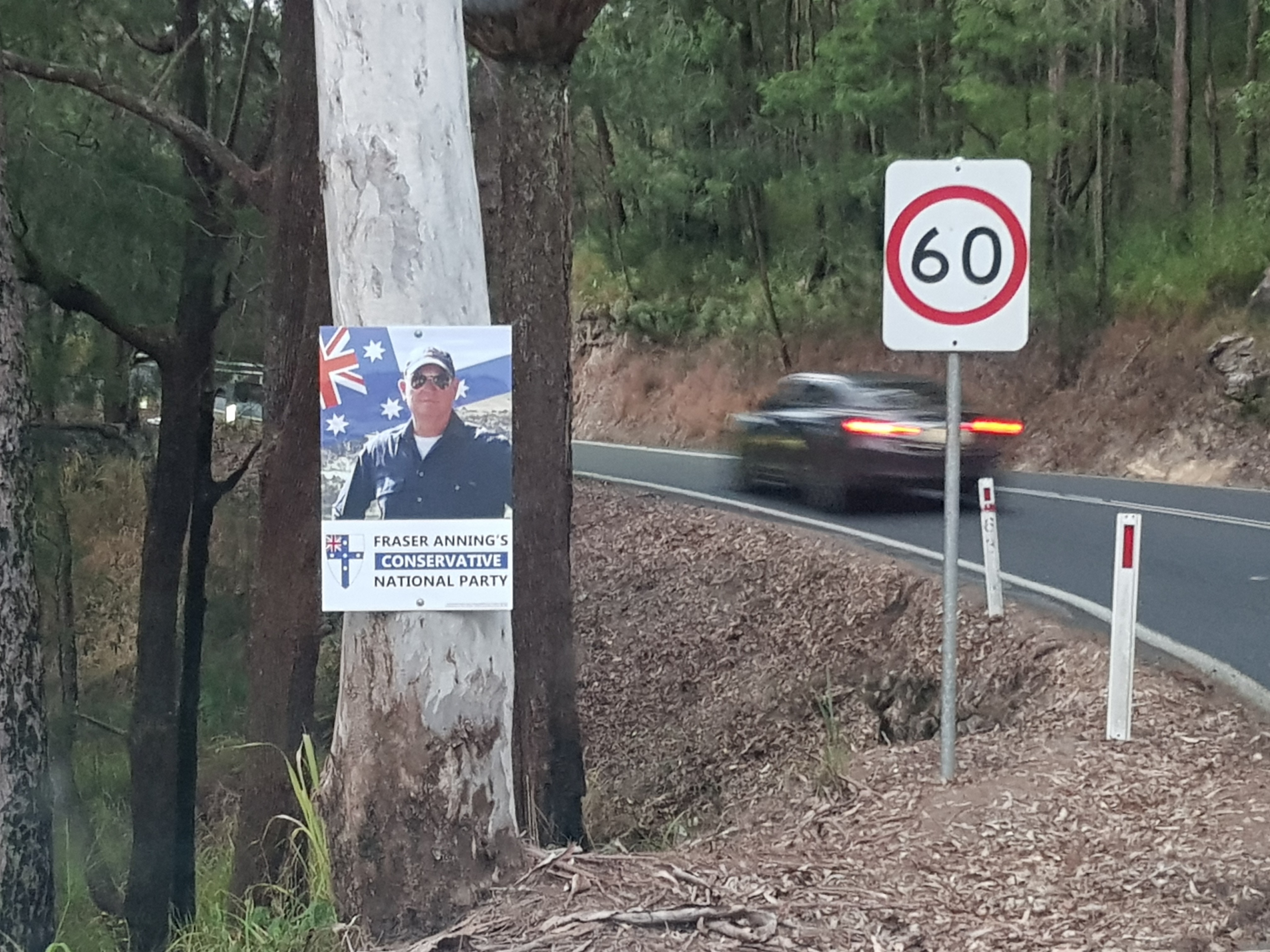 You can always make it yourself, and while you’re at it: 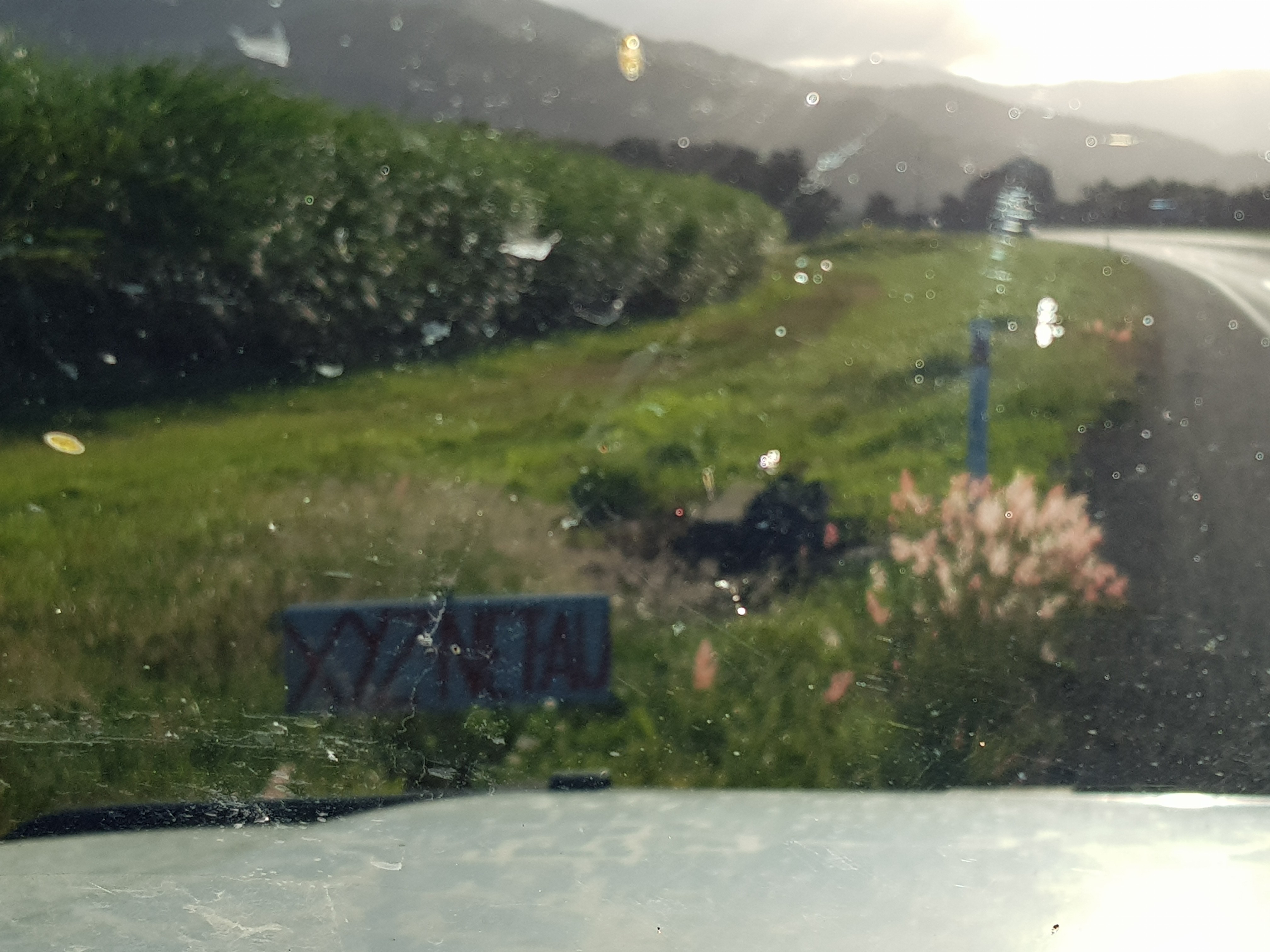 The Australian ethnostate which will reform in the near future will respect the right of individuals and companies to trade freely amongst themselves; however, our King will prohibit the commercial activity of individuals or companies that engage in anti-white activity.

See what I did there…