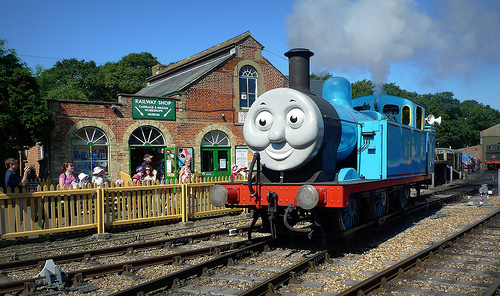 I spend a (probably) unhealthy amount of time reading and attempting to understand the world we live in. I’m reminded often by those who know me that this is a pointless exercise, that it’s ultimately not doing me any good, and that I’m finding issues and problems where there are none. In other words, I’m often accused of tilting at windmills.

Like many that choose not to subscribe to the prevailing orthodoxy however, my response to my critics is quite simple – there’s a massive difference between fighting imaginary enemies a la Don Quixote and fighting for a cause that they themselves are too short-sighted to see, or indifferent to understanding.

With that in mind, I’d like this week to discuss the story published by the Herald Sun this past week about the gender neutral libraries Policy. We are likely all familiar with the details, so the short version goes that certain Melbourne city councils are allegedly advocating for gender neutrality in books and toys in schools and libraries, amongst children from as young as kindergarten age, ostensibly to combat gender stereotyping.

While politically I align very much with a broadsheet like the Herald Sun, I’m always sensitive to parochial reporting so I thought I’d wait a few days before commenting, to see how this plays out in the media and in the public debate.

Predictably, the truth is seemingly not quite as bad as what the Sun was making out, if you read the reports from SBS or Junkee. Both outlets of course decry the fact that this is just the latest example of a ‘political correctness gone mad’ story being spruiked by those right of centre. Both pieces note that there will be no book bans, but that the choice of stories accessible to kids in Melbourne councils must be expanded to show experiences beyond gender stereotypes and to ‘promote diversity’.

Both outlets purport to present the reasonable position, decrying the vitriolic reaction of The Sun, which they admonish as overreacting and getting the story mostly wrong.

But the rhetoric hides the real story.

“In 2016, Melbourne City council asked researchers at the Australian National University to do a literature review on the way that gender bias forms in young kids’ minds. The request was part of an initiative called “Building Resilience Through Respectful And Gender Equitable Relationships Pilot Project”. The plan was to explore how to improve gender equality and reduce domestic violence by intervening at a young age.”

“The first recommendation is to “avoid distinction on the basis of gender”, and in one of three sub-points under that recommendation, the authors write “avoid the use of ‘girls’ and ‘boys’ — minimise the extent to which gender is labelled.”

Anyone else troubled by the usual gender theory jargon employed there? But I digress.

“One of the paper’s PhD-holding academics has piled on to say how wrong the media reporting originally was. Despite reports on the contrary, Victorian councils are not planning to remove any children’s books from library shelves under new gender guidelines informed by our research over the last few years,” Tania King wrote on a University of Melbourne website.

Research done in 2007 among three to five-year-olds found that at an early age, these kids were able to identify ‘girl toys’ and ‘boy toys’ — and predict whether their parents would approve or disapprove of their choice.”

Here we have the truth of it – just another academic obsessed with gender, attempting to socialise research that suggests that it’s wrong for boys and girls to prefer different things, and that if society just pushes hard enough at rectifying the situation, we can strip them of that biological imperative. After all, they’re not assigned a gender at birth, right?

Read King’s rebuttal piece, titled Breaking Gender Stereotypes Early, if you’re not convinced. I don’t care about the credentials or the number of letters behind her name. The piece is laced with progressive pseudo-science, and such classic research as “the more TV children of both sexes watched, the more likely they were to believe that “boys are better”. For little boys, watching television appears to reinforce their already positive self-regard, while for girls, watching television appears to dampen it.”

Other studies noted dare to suggest that in Spain, “many perceived girls as more caring and helpful than boys, and indeed, teachers expected this behaviour from girls. But boys exhibiting prosocial behaviour like this were considered surprising – even sometimes strange” with the piece going on to suggest that sometimes even boys can be affected by negative stereotypes.

Only progressives think like this, because, being childless themselves, they don’t really understand children at all. To progressives, children are simply an assemblage of emotions and biases, shaped by an unjust society. They have zero understanding of the massive role that parents, family and friends play in shaping healthy, well-rounded boys and girls, because they believe the State has that responsibility through the schools. When I watch a Marvel movie with my kids, I can guarantee that the focus on Iron Man, The Hulk, Captain America and Thor has absolutely no impact on my daughter’s ‘delicate’ psyche, as her personal worth is reinforced all the time through decent (occasionally awesome) parenting. She’s just a girl having fun watching a movie.

What we are faced with here is typical post-science mumbo-jumbo from the Hopey-Changey-Feminist brigade who cannot abide gender and won’t believe that patriarchal oppression, like the wage gap, is a myth.

When academics purport to oppose “gender stereotypes”, what they truly oppose is the idea of gender itself.

When academics suggest that they want to foster inclusivity, what they’re really striving for is homogeneity of opinion.

Why the hell would any Council commission any research into this subject at all? Because councils in cities like Melbourne are rife with the same lefty gender warriors, feminists, spinsters, communists and beta males who feel vindicated when the so-called research supports the implementation of their progressive policies, and they don’t care that they’ve billed the ratepayers for the privilege.

When a spokesman for Melbourne council, referencing the research, says, “We plan to make the tools and resources available to the community to actively promote the rights of all children to have safe, equal and respectful relationships”, we know that they are not interested in our kids at all. They’re just desperate to insert themselves into the conversation to control the narrative.

It cannot be said enough – the Left hates everything about the West, it’s values, culture and ethos. It resents the fact that children grow up understanding concepts like individual merit, freedom of thought, personal preferences, choosing who to be friends with or what concepts to value. All of these values are antithetical to its collectivist agenda.

The Left wants nothing but power and control, because left to their own devices, no sane person would voluntarily live that way. As I wrote about recently, the Left will do whatever it can to ensure they win the Culture War, and they care nothing about the casualties they cause.

This entire matter is not about banning books, although the Left would love Joe Public to believe so. It’s about insidious mission creep, and the conscious manipulation of public perception to gradually accept the ridiculous and unacceptable, what Edward Bernays (the father of modern propaganda) dubbed “the engineering of consent”. Lacking a strong moral compass these days due to the constant attack by progressives on traditional values and replacing these with the moral relativism that the Left espouses, our society is stumbling one good intention at a time towards complete submission.

Where are our political leaders on this? Nowhere. They’re more likely to send a supportive tweet, or appear for a photo opportunity at the ribbon-cutting ceremony when your local aquatic centre hosts its first Trans and Gender Diverse Swim Night; hey, good news, your gender-queer six-year-old will always be welcome. Bathers optional.