There is something about Greta; she is not doing much in the way of converting anyone to the cult but she keeps lingering.

It is as though the Oligarchy thinks she might just have some use yet. 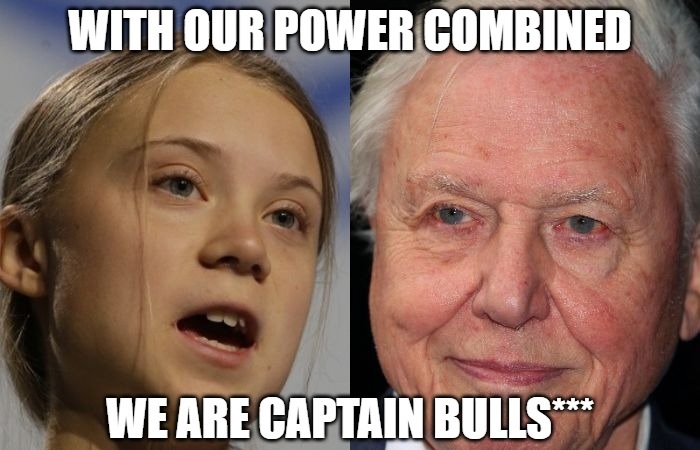 Climate campaigners Greta Thunberg and Sir David Attenborough have joined forces to push politicians and businesses to step up action on climate change after a year in which schoolchildren took to the world’s streets in protest.

British naturalist and broadcaster Sir David, 93, said Ms Thunberg had “aroused the world” about the urgency of reining in global warming, achieving things that people who had worked on the problem for 20-odd years had not.

On the serious flipside, the global warming cult must know their days are numbered, nobody is buying it anymore, we see through the façade!

Ms Thunberg urged people to “read up” about climate science and what is being done — or not — to tackle the problem.

“We climate activists are being listened to — but that doesn’t mean that what we are saying is translated into action,” she told BBC Radio 4’s Today show on which she was guest editor.

“It needs to be a big shift, and that’s what we are waiting for — this tipping point,” said Ms Thunberg who has Asperger’s syndrome and has also suffered from depression in the past.

When the rulers of the world need to bring out the literal special kid to get the youth into Lucifer’s gospel, you know that religion is all but dead.

Looks like it might be time for a true religion to take over, one that we know works and builds a better society, one we know will not lie to us. 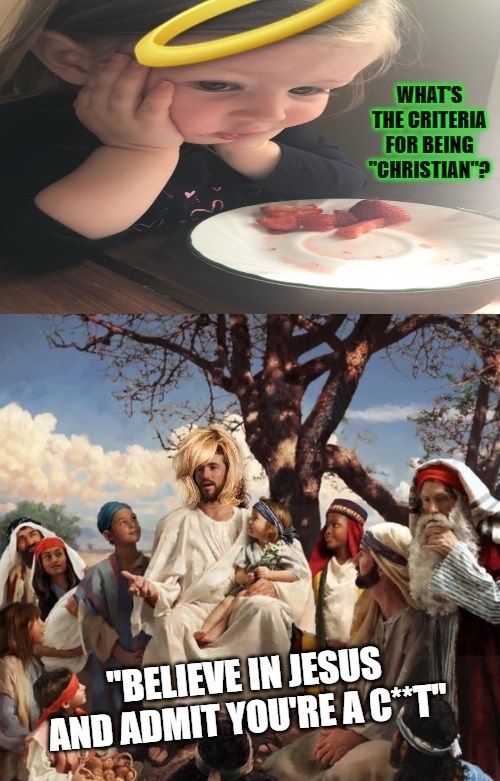 The Toonsperger Beast may yet stay with us a little longer but that does not mean she has any real power, or influence, she serves as little more than a distraction these days. 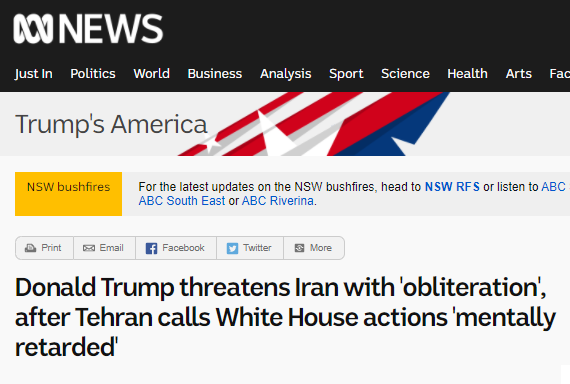 US President Donald Trump threatened to obliterate parts of Iran if it attacked “anything American”, in a new war of words with Tehran after it condemned the latest US sanctions and called White House actions “mentally retarded”. 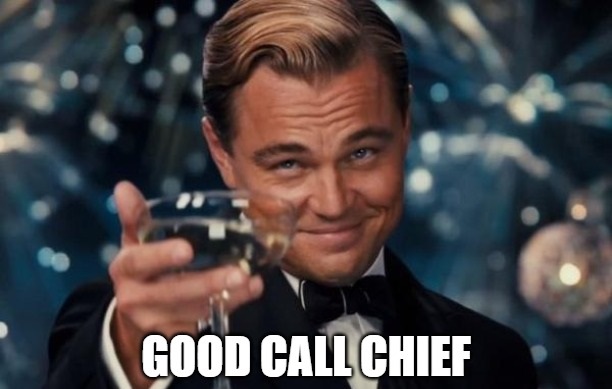 If shitposts won wars, Iran would be 1-0 up, with plenty in the game for a classic Trumpian response; but you cannot win a war on wit alone, nor the size of your online cojones.

Maybe Greta should tour the Middle East next and let Iran and Iraq know exactly how Mother Earth hates oil, or maybe she could stop emitting CO2 altogether.

Her choice, it is a free world…