In December of 2017, David Hiscox proudly made a prediction that the far-Left would start an all-out assault on Australia Day the following month. Unlike his AFL predictions, this one he got 100% right. What I didn’t expect was the backlash this assault has received.

Australians are sick of opportunist Leftists browbeating us with the politics of victimhood and using it to denigrate our nation.

Richard Di Natale was in full swing on the day, signalling his virtue to all with a picture of himself in a “change the date” t-shirt, standing in front of an Aboriginal flag holding a sign that said, “I am on Woiworung land.” (Thread archived here in case he deletes it). The picture itself is as predictable and dull as it gets, it’s just the usual nonsense we’ve all come to expect from the communists. 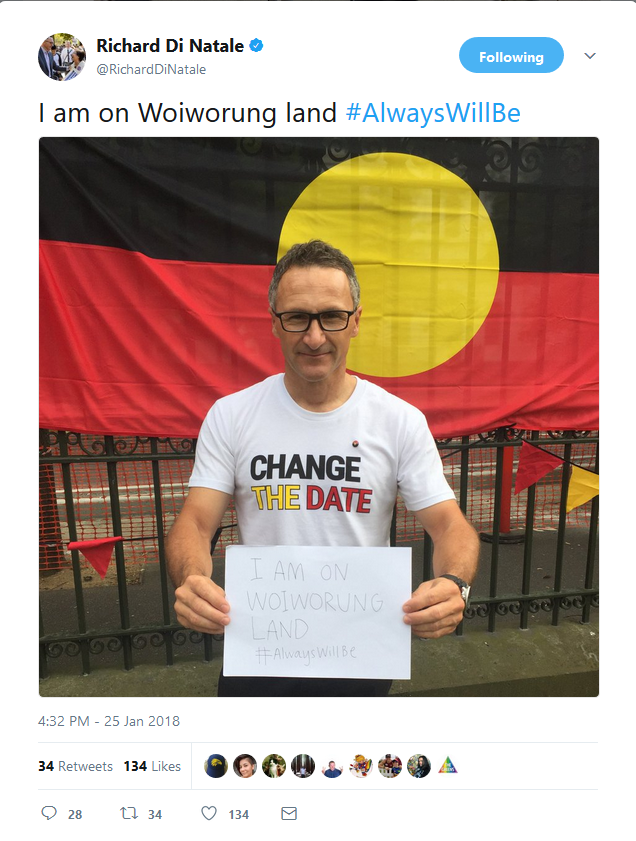 The comments on his tweet are the real story. One by one, true Australians skewered and raked him over hot coals, calling him out on his nonsense.

It was truly a marvel to read. You can check them out for yourself but I am just going to show a few of the best.

First up we have Dean, highlighting the hypocrisy of the Greens who continue to live here despite believing White people “invaded.” 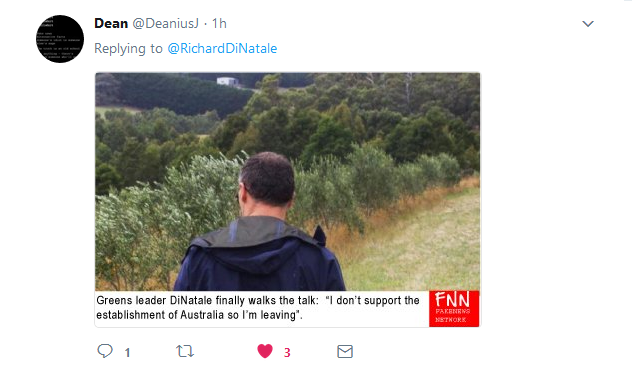 It’s a great meme, really nails what most Australians are thinking when they hear these far-left buffoons speak their rubbish.

Next up we have a true patriot, David Ludlam, calling out his blatant opportunistism.

Correct, David: Richard Di Natale would never be doing this unless he thought it would win him a few votes. Too bad for Richard, this will likely just make most Australians think he’s even more of a flog than they already did.

This is what VikAgainstTheWorld thinks too.

Yes, I wonder if the Greens are going to give up their seats in Parliament, given it’s a “racist” institution founded on “genocide” or something.

Then we have a few people wondering whether old Dick Di Natale is going to hand back his family farm. A property worth over $2 million.

Communism really seems to pay for those at the top. I wonder if he actually needs such a valuable asset – surely it would be better if we all owned it, right? I mean, that’s what the Greens stand for after all.

Someone even found a picture of Richard when he was a little younger and perhaps a little more honest. 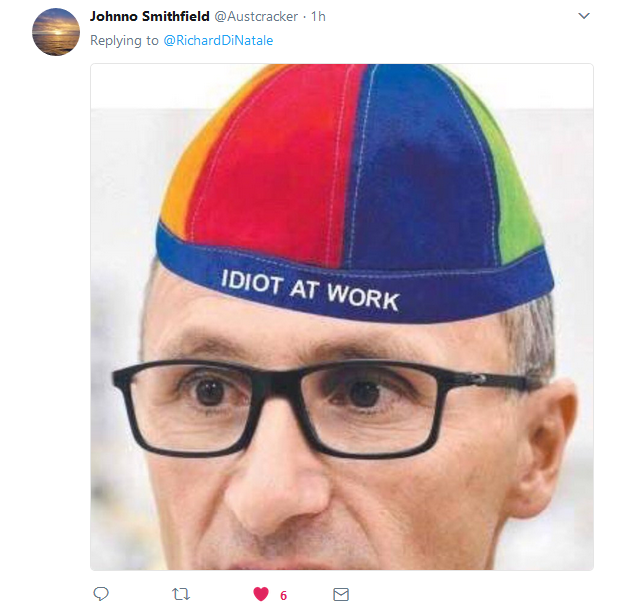 Not sure how Johnno got this obviously totally real, and not at all fake or photoshopped, picture. But great work for finding it.

Not wanting to feel left out I made my own comment.

I know, I know, not quite as funny as some of the others but having mocked him relentlessly in the past I didn’t feel the need to take anyone else’s thunder. I really don’t like politicians in general and Richard Di-Natale is one of the worst.

Finally, the winner of the thread in my opinion was @JT_goddly89 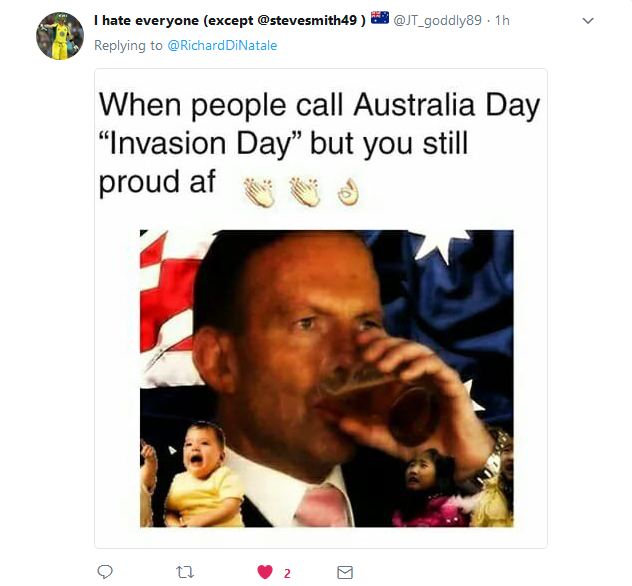 What could possibly trigger a Leftist more than that? Tony Abbott drinking a beer while celebrating our great nation.

It’s great to see Australians are finally waking up to the lies we’ve all been fed by the far-Left and their media acolytes. I know a Twitter thread is not the same as a scientific poll but the evidence is in: Australians want to keep the date and we love our nation.

I hope everyone had a great Australia Day. Let’s keep up the great work in defending what makes Australia the best country in the world!