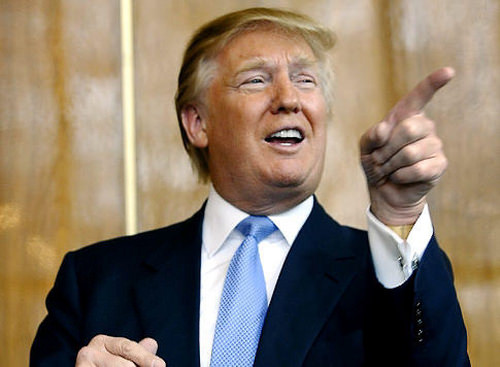 Presidential contender Donald Trump has caused controversy and attracted condemnation (yet again) after he called for a moratorium on Muslim immigration into the United States, earlier this week.

Trump is tapping into a vein of anger and fear in American society over Islamic terrorism and Islamic expansionism. Many US citizens are understandably concerned and rightfully want to ensure that their nation is safe.

But let’s be clear on one thing: Despite Trump’s popular support among American conservatives and many disenfranchised in the wake of the disastrous Obama Administration, Trump is no conservative. Trump will blow in the wind with whatever seems popular and will say whatever will make him the centre of attention, no matter how outrageous. And if the direction of the wind changes, so will Trump.

Let’s have a quick glance over Trump’s credentials. First, Trump has been a financial backer of both the Clintons and the Democratic Party, and he publicly supported Obama’s ascendancy to the presidency back in 2008. However, then again, so did I. So people are entitled to change their minds. And Trump has certainly changed his mind several times, having previously supported a range of different political parties, flipping flopping from one to another.

Second, Donald Trump is hardly an advocate for conservative ‘family values’ with his own trail of divorces and ex-wives. While Trump claims to be a Christian, when asked about his Christian faith he is clearly ignorant of basic Christian tenets; It is pretty obvious given Trump’s enormous ego and shameless self-promotion that Trump’s religion is Donald Trump.

While Trump currently has the support of alienated conservative voters, I doubt the Republican Party will end up endorsing Trump as a candidate. Aside from the questions regarding Trump’s stability or his willingness to recognise the complexity and nuances of issues like US immigration – the Republican Party will decline to endorse Trump because he is not a true conservative. And Trump will do as Trump does, going it alone, and putting himself forward as an independent. Then, as real contenders for the presidency are solidified, Trump’s support will start to wane.

Trump ain’t no conservative. Trump is an opportunist, and will not fail to do what is in Trump’s own interest. That much is crystal clear.