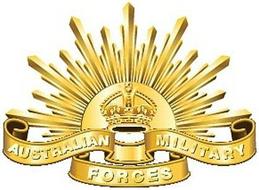 Editor: Originally published on November 11, 2018.  The Christmas period is a good time to review the arguments made here, and part 2 will be published shortly. One hundred years ago today, the worst war that had ever been fought ended. It was so bad that those who lived through it swore it would be the war to end all wars. Sadly, this war was not nearly the end. Nor was it anywhere near the beginning. I want to pay tribute to our current generation, our parents, our great grand parents and our forefathers who have fought for their people and future generations, by placing their sacrifices of World War One into a greater context.

This series will cover several parts. I will skip over much detail for the sake of brevity – feel free to thrash out the detail in the comments. This first part will focus on seeing World War One, World War Two and the Cold War as essentially the same war.

It is a common thesis that World War One laid the seeds for the World War Two, and it is spot on.

The obligations imposed on Germany at the 1919 Treaty of Versailles exacerbated the factors which had led it to war in the first place: Hemmed in geographically on all sides by the Great Powers, Germany lacked and had indeed lost territory despite its vast population; it lacked raw materials at home; it was stripped of its overseas territories which could have provided both room and resources; it was forbidden the right to defend the ships which could bring such raw materials to Germany, by treaty restriction on its navy; in addition to other factors it was now burdened with an unpayable debt. Thus when the Great Depression amplified both the economic and spiritual degradation of the German people, the rise of a strong leader who promised to solve these existential crises and restore the German people’s pride in themselves became inevitable.

If it hadn’t have been Hitler, somebody else would have done it.

The Germans simply were not going to take it any more.

In World War One millions of Russians headed to the front and many of them died without even a gun in their hand. The so-called Russian Steamroller never got going (not this time around, anyway). Instead foreign revolutionaries, funded by the same international financiers who bankrolled the meat grinder that was trench warfare, sparked the Russian Revolution of 1917. This revolution replaced the old Russian Empire with a new one. The old Russian Empire had perennially sought to secure the existence of its people by projecting its power across the Asian land mass and controlling buffer states in Eastern Europe, as it was wary of the Great Powers (or potential) of Japan, China, The Turkish Ottoman Empire and the Western European states which lay on or near its borders. The new Russian Empire, the Soviet Union, encountered the exact same geopolitical situation, but its driving ideology replaced securing the existence of its people with uniting what it saw as a human underclass against a ruling overclass.

The result of this was that Russia expanded on its policy of controlling or influencing the territory on its periphery, to placing its agents in every country in the world to push for the same revolution which had overturned the old Russian Empire – ie, communism. It deliberately provoked the start of World War Two by encouraging Germany to invade Poland in 1939, triggering war with the Western powers, and by attempting to frame its own planned invasion of Poland as a defensive action.

It is vital to understand this narrative regarding the start of WWII and its relationship to WWI. The common narrative is that Adolf Hitler was a megalomaniac who exploited the resentments of the German people at their treatment at the end of WWI to satisfy his own desire for world domination.

In reality, he did had genocidal designs on the Slavic people and their territory to Germany’s east, and designs on territory which would provide the raw materials – coal, oil and wheat – which could feed the German people and make the German economy independent.

At the same time, the communists at the head of the new Russian Empire had actual designs on the entire world, and they played their hand brilliantly to pit the Western powers against each other, and even to manipulate the Western powers to defend it against Germany, despite the long term Soviet goal of fomenting revolution to dominate the world.

With this understanding we can view WWII not only as an inevitable extension of WWI, but as essentially the same war. The Spanish Civil War and other attempted communist revolutions in Europe from 1918 to 1939 were a continuation of the struggle between the forces of communism against Western civilisation, and the Spanish Civil War in particular was exploited an opportunity for the armed forces of Germany and the Soviet Union to spar before the main fight. 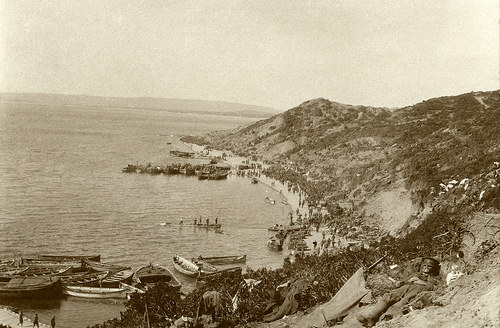 I have made the case before that Australia’s involvement in the Gallipoli campaign was far from a wasteful diversion, and even further from the new, despicable narrative – brave Muslims defending their country against evil white people – that is creeping into our culture. Had the Gallipoli campaign been successful, it arguably could not only have brought the bloody conflict of WWI to a swifter conclusion, but it can be argued that the ability to bolster the forces of the old Russian Empire all year round could have prevented its descent into the hell of communist revolution.

The failure of the Gallipoli campaign meant that the war which started in 1914 did not reach its conclusion until 1989 when the Soviet Union collapsed. The communists who run our education system and media ignore The Battle of Korea and the Battle of Malaya against communism because we won. The communists endlessly repeat their narrative of the failure of racist Western imperialism against brave yellow people in The Battle of Vietnam, when in fact we actually won that battle too, before Western communists deliberately lost the peace.

The lure of the narrative however is to only look back a few decades, or even a couple of centuries, to explore the origins of the world wars and the Cold War. The other mistake is to see the war as over. We currently stand at a point where a far more subtle version of the communist foe has taken hold of our political parties and key institutions, to the point where we are about to give away everything we have fought for. To understand why, we have to go back further.

Stand by for part 2.