Donald Trump is on a roll. A clever bit of bullying forced Mexico to effectively bypass the US deep state and not so deep state obstruction to his mandate to close the border. He prevented World War 3. Far more importantly, he has got the ball rolling in defending our rights to be racist, homophobic, Islamophobic, deplorable, you name it on the internet.

Donald Trump is the President of the United States but he is not the most powerful man in the United States. He is one guy fighting against an entire system which has been hijacked in order to suppress the liberty of the people, and ultimately replace the people it was originally designed to protect.

What can I say, I want to believe. 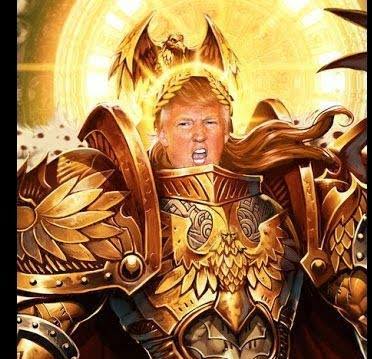 It is in this context that we are presented with a headline that appears almost too good to be true: 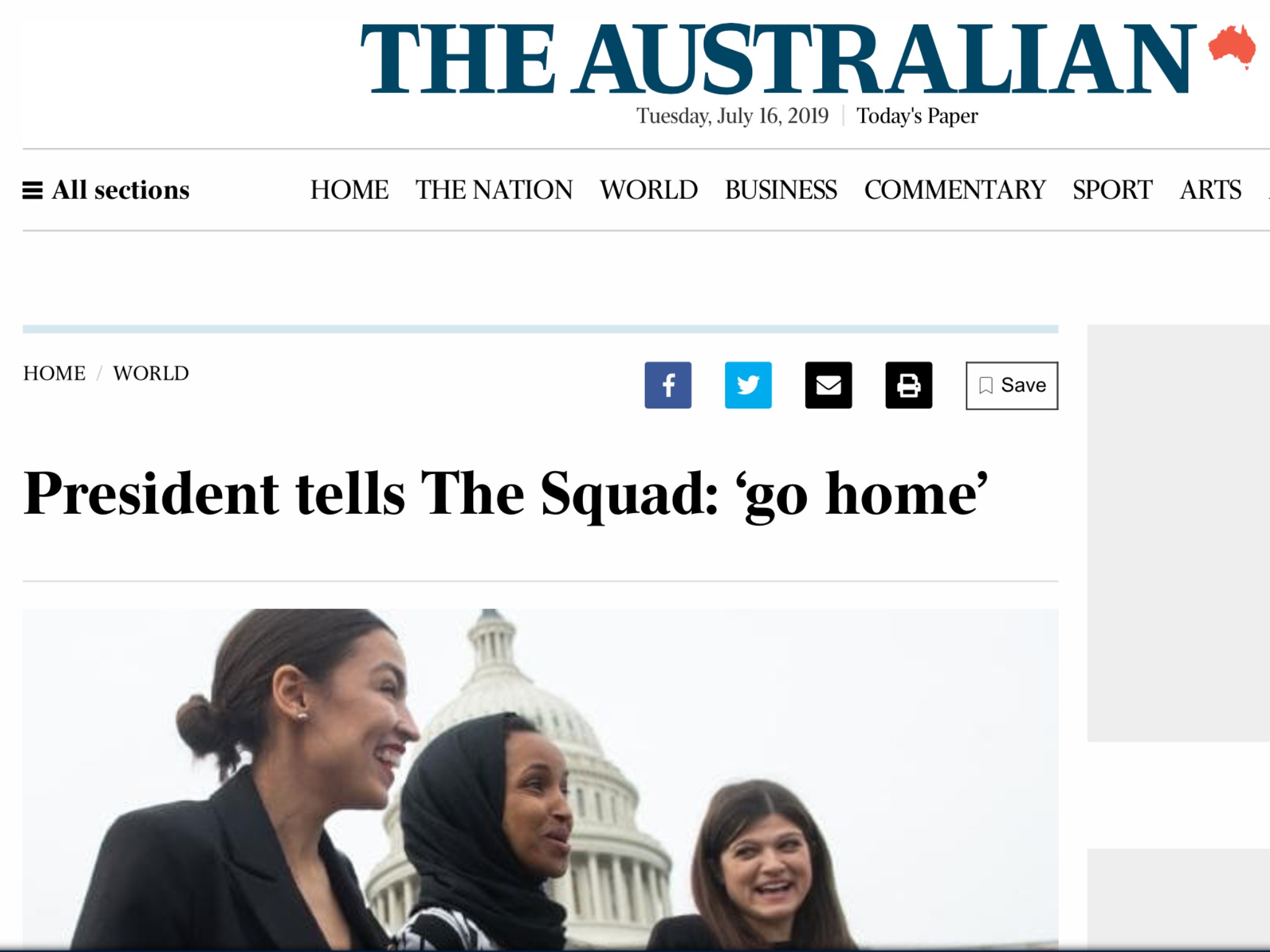 Democrat leader Nancy Pelosi has accused Donald Trump of xenophobia and trying to create a white America after he called on four minority liberal congresswomen to go back to where they came from.

The US President’s comments came as immigration authorities launched small-scale operations to arrest undocumented families in a start to Mr Trump’s plan to ­deport thousands of immigrants.

Mr Trump’s Twitter attack had the effect of uniting a Democratic Party that has been increasingly divided by a fallout between its centrist House of Representatives Speaker Ms Pelosi and the four freshmen liberal congresswomen.

So, is the God Emperor channelling his inner Aussie bogan by telling foreign invaders “f– off we’re full”?

Here is the series of tweets:

….and viciously telling the people of the United States, the greatest and most powerful Nation on earth, how our government is to be run. Why don’t they go back and help fix the totally broken and crime infested places from which they came. Then come back and show us how….

….it is done. These places need your help badly, you can’t leave fast enough. I’m sure that Nancy Pelosi would be very happy to quickly work out free travel arrangements!

The operative phrase here is “come back”:

“Why don’t they go back and help fix the totally broken and crime infested places from which they came.Then come back and show us how..”

Donald Trump is not defending the progeny of heritage Americans by telling foreign invaders to “go back where they came from” and never come back. This is not an open embrace of ethnic nationalism, but a statement of the civic nationalist idea that anybody can come to the West from anywhere on the planet and become good citizens as long as they share our values.

This gang of four are indeed non-white but Trump is not highlighting their race, he is highlighting that their home countries do not allow their countrymen the freedoms that America provides, and they are poorer for it.

It is very simple:

You’d never know this, going by what Nancy Pelosi said:

Ms Pelosi put aside her frustration with The Squad and ­defended them against the President’s attack. “When Donald Trump tells four American congresswomen to go back to their countries, he reaffirms his plan to “Make America Great Again” has always been about making America white again,” she tweeted.

Just as with Jeff Kennett’s recent moment of clarity when he pointed out that the AFL’s so-called “Behavioural Awareness Officers” didn’t look like they are from here and thus may not know our game, SJW’s always jump on anyone who utters anything even slightly civic nationalist in order to prevent the Overton Window shifting to race realism.

The irony is that it is the SJW’s who are truly obsessed with race. Let’s examine one of the opening statements from the article:

Mr Trump’s Twitter attack had the effect of uniting a Democratic Party that has been increasingly divided by a fallout between its centrist House of Representatives Speaker Ms Pelosi and the four freshmen liberal congresswomen.

It is true that the gang of four represent the hard left of the hard left and that there is an ideological civil war going on inside the US Democrat Party, but this ideological war is primarily centred around intersectionality, ie, race.

There is a race war going on inside the Democratic Party.

The old white and Jewish Democrat establishment is being replaced by people of more so-called “diverse” backgrounds who are prepared to use the old left’s identity politics against them. Thus the left is consumed by its own anti-white hatred and the Democratic Party is being demographically replaced, just as its own policies are demographically replacing Americans.

Naturally, they project this hatred onto Donald Trump. Thus this becomes an example of how the anti-white political-media complex lies to us.